Castlecrag is a suburb on the lower North Shore of Sydney, New South Wales, 8 kilometres north of the Sydney central business district, in the local government area of the City of Willoughby. It shares its postcode, 2068, with the surrounding suburbs of Willoughby, Middle Cove and North Willoughby.

Castlecrag was originally planned by the husband and wife team, Walter Burley Griffin and Marion Mahony Griffin who named the suburb after a towering crag of rock overlooking Middle Harbour, known locally as Edinburgh Castle. The Griffins came to Castlecrag in 1925 after tiring of the politics surrounding implementation of their designs for Australia's capital city, Canberra.

Griffin (November (1876 – 1937), an American architect and landscape architect, is not only known known for designing Canberra, Australia's capital city. He has also been credited with the development of the L-shaped floor plan, the carport and an innovative use of reinforced concrete. He worked in partnership with his wife Marion Mahony Griffin (1871-1961). In 28 years they designed over 350 buildings, landscape and urban-design projects as well as designing construction materials, interiors, furniture and other household items.

Griffin was captivated by Sydney Harbour and its natural beauty when he arrived in Australia in 1913. He was, however, dismayed at the mediocre standard and style of most Sydney suburbs with their red roofs and grid [pattern streets. When he finished in Canberra in 1920 he and his wife put their energies into developing a residential development that was sympathetic to beautiful natural harbor environment. He formed a company, the Greater Sydney Development Association (GSDA) with some investors and secured an option to purchase 263 hectares (650 acres) of land with 6.44 kilometres (4 miles) of water frontage which included large portions of the areas now known as Castlecrag, Castle Cove and Middle Cove.

The Griffins believed that better suburban environments could be created by careful planning that respected the landscape character of an area itself together with the provision of community open spaces within an increased number of allotments. These theories were to be tested and proven in his work at Castlecrag.

The Griffins sought to keep the existing bushland canopy of Castlecrag’s sandstone peninsula as intact as possible. Their aim of conserving the significant landscape resources was original. No other development company in the history of Sydney has ever given such a fantastic gift to future residents: interlocked open spaces and over four miles of almost continuous open space along the foreshore.

The subdivided lots were subject to covenants that required approval for the design of buildings, placed restrictions on roofing materials and required owners adjoining reserves to contribute to their management and upkeep. The controls were to ensure that buildings harmonised with the natural landscape.

At first the houses so designed and built were unpopular, the design being too advanced for the period. When Griffin left for India in 1936 less than 20 had been built. Later attitudes changed and the elegance of the suburb made it renowned. Unfortunately subsequent development often has been unsympathetic to the Griffins’ vision to the detriment of the suburb and a loss to the community as a whole.

There has since been development in Castlecrag that has not respected the Griffin ideals. However, the Willoughby City Council is aware of the importance of Castlecrag and has imposed controls over development in the area. The purpose of the controls is to preserve the character of Castlecrag, encouraging the construction of buildings, which respect the original houses designed by Griffin and Mahony Griffin, and the natural landscape.

The streets in the southern older, portion of the suburb were named after parts of a castle: The barbette, The Barbican, The Barricade, The Bartizan, The Bastion, The Battlement, The Bulwark, The Citadel, The High Tor, The Outpost, The Palisade, The Parapet, The Postern, The Rampart, The Redoubt, The Scarp, The Tor Walk and Sortie Port. There are also Tower, Casement, and Turrett Reserves, and the main street through the centre is Edinburgh Road. 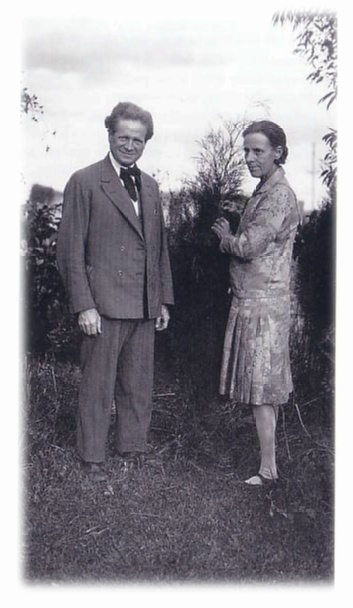 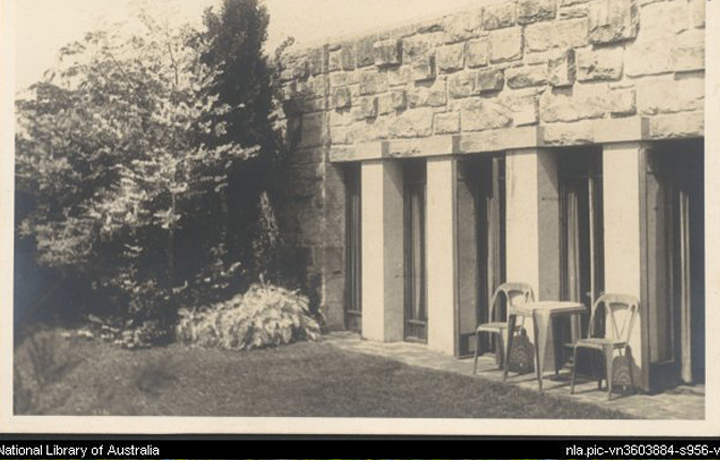 Grant House, 8 The Parapet
Walter Burley Griffin and Marion Mahony Griffin moved to Castlecrag in 1924 and lived in this house until 1935. 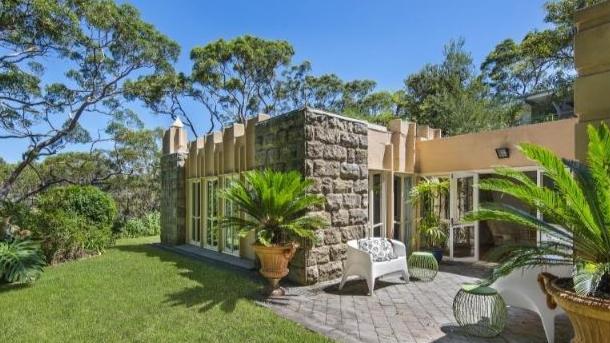 A Griffin house at Castlecrag

Some Castlecrag houses and scenes: 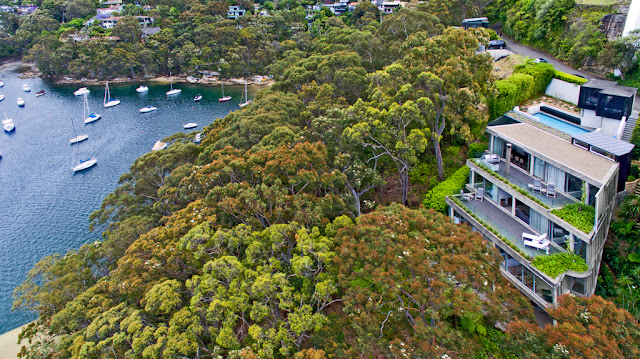 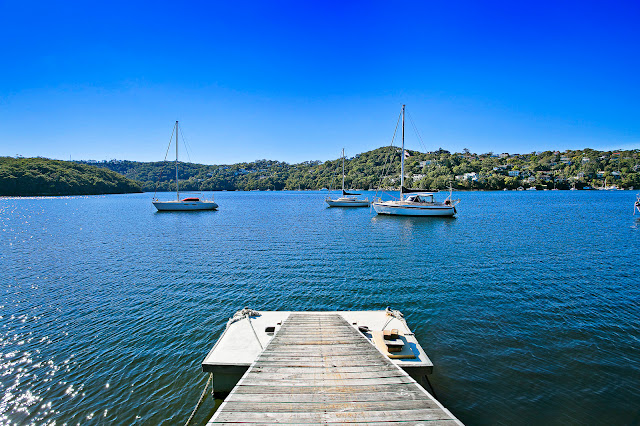 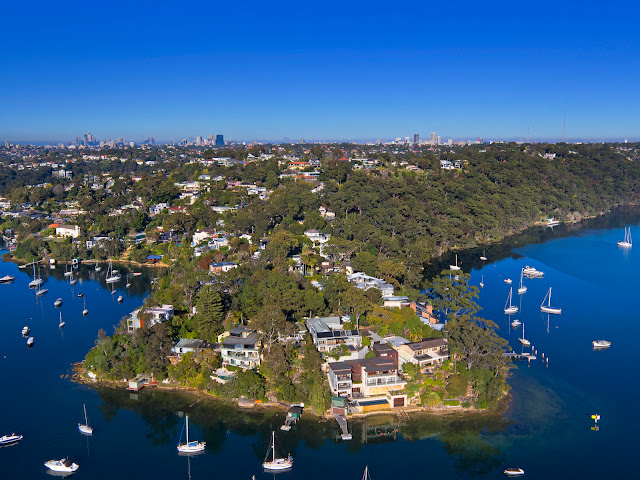 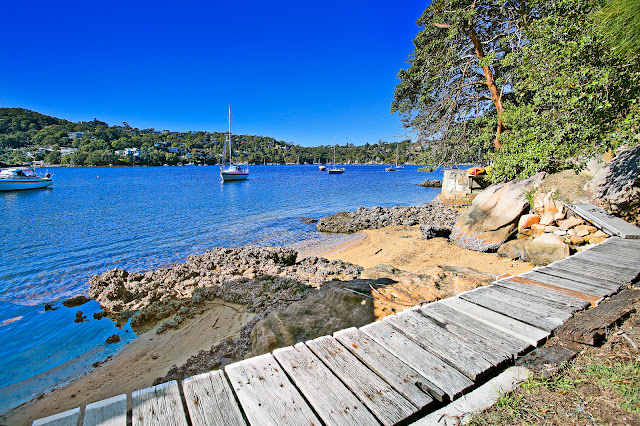 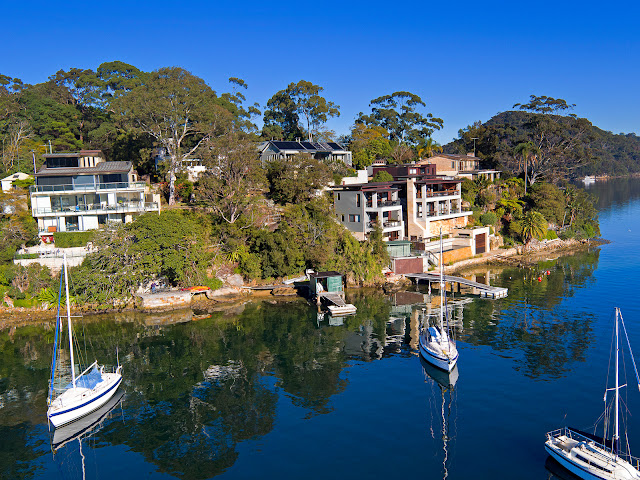 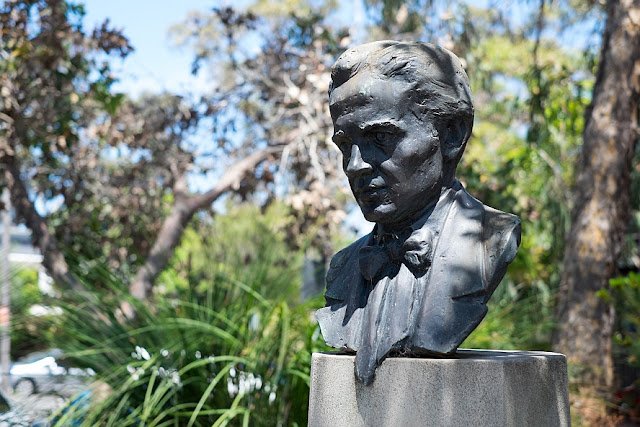 Castlereagh is a suburb of Sydney, New South Wales, 67 kilometres north-west of the Sydney central business district, in the local government area of the City of Penrith. It is part of the Greater Western Sydney region.

The suburb is one of the most historic sites in Australia's colonial history, being one of the five Macquarie towns officially proclaimed on 6 December 1810. Governor Lachlan Macquarie recorded the following in his journal "the Township for the Evan or Nepean District I have named Castlereagh in honor of Lord Viscount Castlereagh", Secretary of State for War and the Colonies 1805–1806.

The earliest known European development was the building of Hadley Park, between what is now Castlereagh Road and the Nepean River. Charles Hadley was given a grant in 1803, and his house, Hadley Park, was built c.1806. It still stands, largely intact.

Circa 1822, Nepean Park, also situated on Castlereagh Road, was built by convict labour for John Single. A notable two-storey farmhouse in the Georgian style, it was acquired by the Dixon family in 1934. 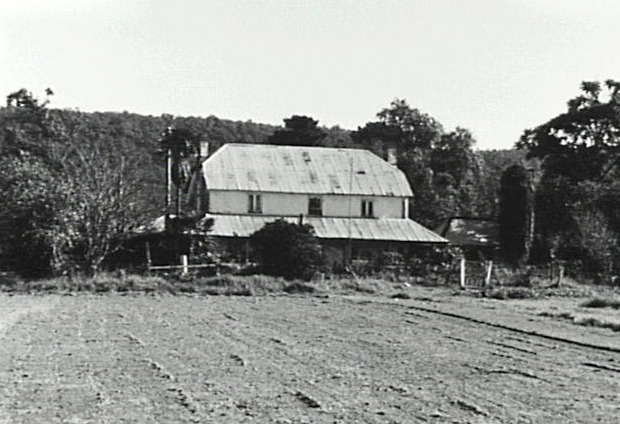 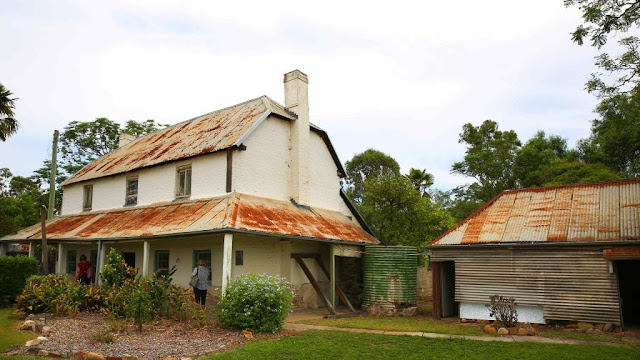 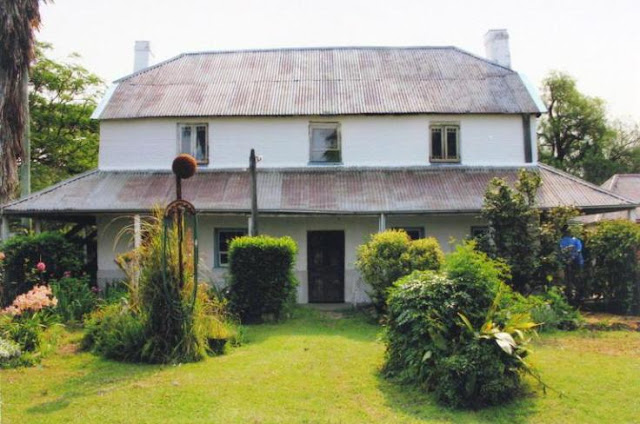 Casula is located 4 kilometres south-west of the Sydney central business district, in the local government area of the City of Liverpool.

Casula is named for a land grant to Richard Guise, a member of an ancient French family. He called his grant Casula after the place where he had lived in England.

The area became dominated by poultry farming, market gardening and fruit growing. Another notable farm was Glenfield Farm, which dates from circa 1817. Situated in Leacocks Lane, it originally belonged to Charles Throsby, a member of the Legislative Council and an explorer. The farm is the oldest continuously worked farm in Australia and is listed on the Register of the National Estate.
_____________

During World War I, a large Australian Imperial Forces recruitment and training reserve was located in Casula - a fact reflected by the name of one of its major residential streets, "Reserve Road". This camp became briefly notorious in 1916 when a large mob of soldiers rebelled against the strict training regimen, marched on nearby Liverpool, ransacked and looted several pubs, hijacked several trains to Central station in Sydney and continued their drunken rioting, resulting in the Military Police shooting dead one rioter. 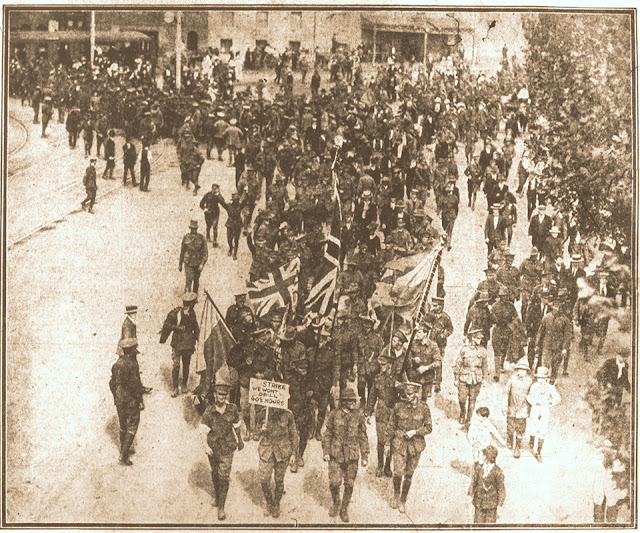 As each train from Liverpool arrived in Sydney, more drunken troops swarmed into different parts of the city causing havoc and damage in every direction. Train services from Liverpool were eventually suspended but not before the area from Central Station to Circular Quay had been virtually taken over by the rioters. Hotels were raided and those that tried to close their doors soon found them smashed and their bars filled with drunken men taking what they wanted. One group marched on Tooth’s Brewery at Broadway and another invaded the Queen Victoria Markets and ransacked the stalls. Italian and Greek shops were a particular target. Regent Street Police Station was attacked in a vain attempt to rescue rioters who had been arrested. The German Club in Phillip Street was attacked, as was Kleisdorff’s tobacco shop at the corner of Hunter and Castlereagh Streets.

The crowds of sightseers who turned out to watch the fun hampered the efforts of police to control the rioters. In the early evening soldiers were hurriedly brought in from the camp at the Sydney Showgrounds. This force, plus the debilitating effects of drunkenness on the rioters, enabled the authorities to herd most of them back to Central Station for the return journey to Liverpool. Late in the evening, a still angry mob at the station threw missiles at the police and the military pickets. In the chaos, shots rang out and Ernest William Keefe, a 20-year-old trainee in the Light Horse, was killed, while seven in the crowd, including a civilian, were wounded. This incident had a sobering effect on the mob; some surrendered reasonably quietly to the police and many returned to their camp to recover from the excitement of the day and to sleep off their alcoholic excess.

In the weeks that followed, courts martial resulted in the discharge of 279 trainees. Civil courts convicted 36 on charges including riotous behaviour, assaulting police, malicious damage and indecent language. The majority were sentenced to one or more months of hard labour while the ring leaders' sentences were up to five years. Most of the rioters escaped further discipline because of the authorities’ urgent need to meet recruiting targets; instead they were sent to the war. At the coronial inquiry into Keefe’s death the acting city coroner said:

It is to be hoped that the mutinous soldiers will, by their bravery on the battlefield, wipe out the stigma attaching to their name, owing to their participation in these calamitous proceedings.

The riot had one unexpected result. The widespread drunkenness and the resulting destruction and damage not only alarmed the New South Wales Government but provided ammunition for the temperance movement to press its long-held case for restrictions on the availability of alcohol. Four months after the riot a referendum approved the 6pm closing of all hotels and pubs. The Bulletin denounced the link as hysterical, saying pub hours were no more to blame than the railway timetable, but six o’clock closing remained in force in New South Wales until 1955. 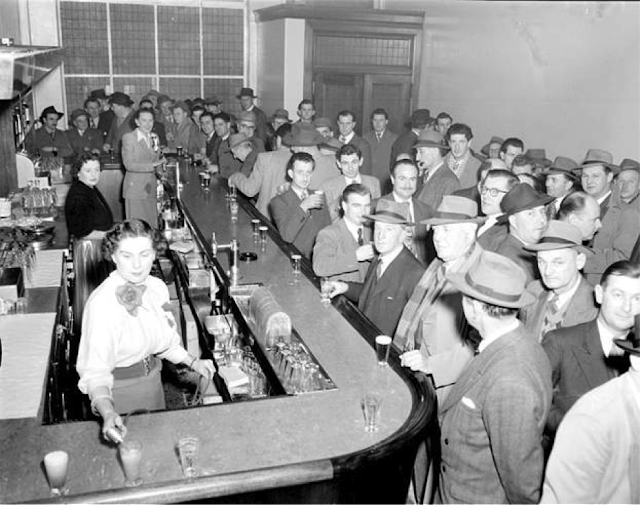 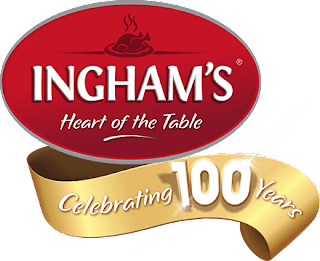 In 1918, Walter Ingham Sr. bought 42 acres (170,000 m2) of bush land in Casula as a gift to 18-year-old son, Walter. On his death in 1953, his sons Jack and Bob took over the small chicken breeding operation and built it into the largest producer of chickens and turkeys in Australia. Inghams Enterprises is now headquartered in Liverpool.
__________

Being heavily farmed, the area did not become suburbanised until the late 1950s. Much of the acreage in the central and southern portions were subdivided and developed over the next few decades but even now there are pockets of undeveloped land.