Curtiz gave both Errol Flynn (then aged 25) and Olivia de Havilland (age 19) their start by casting them in the lead roles in the 1935 film Captain Blood. 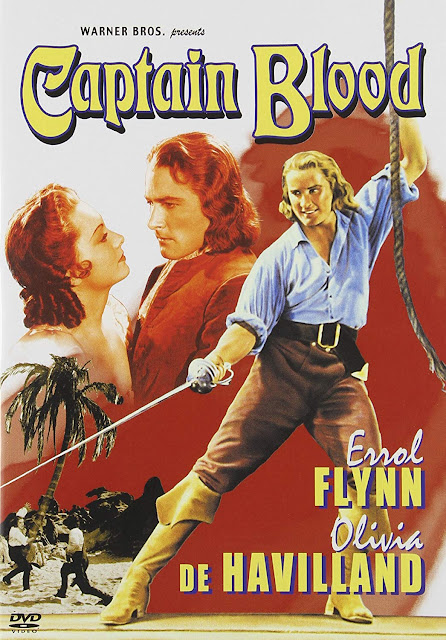 Both unknowns at the time, the movie was a massive hit, and Flynn was declared the natural successor to Douglas Fairbanks. 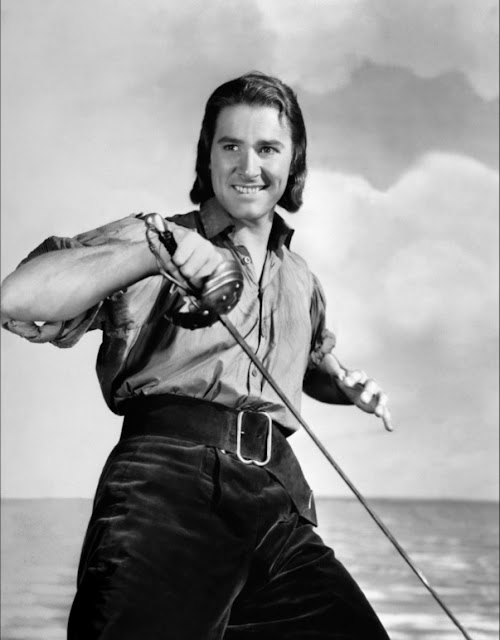 Through the late 1930s he starred in  a number of hits, including The Charge of the Light Brigade, The Adventures of Robin Hood and The Private Lives of Elizabeth and Essex. He and Olivia made 7 more films together.

He and David Niven rented a house together on the coast that was christened "Cirrhosis-by-the-Sea". 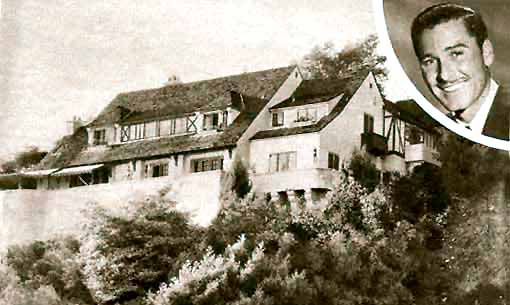 Whilst talking of Flynn, who was also known for the size of his appendage, here is an item from the vault, posted 7 July 2010 . . .

Charles Laughton was hosting a fancy dress party at his home in Hollywood in the 1940's.

Laughton looked him up and down through his monocle and finally said:

"Errol, I don't know why you bothered.  You could have just slung it over your shoulder and come as a petrol bowser." 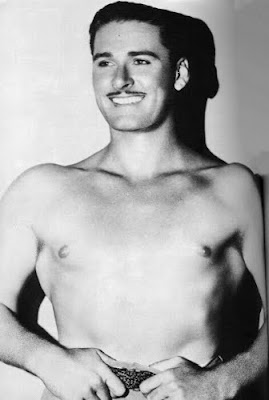 For the next three years I did little but live on my schooner, the Zaca, at Palma de Majorca, Spain.  The only real wives I have ever had have been my sailing ships. Up front, on the prow of the Zaca, there was painted, appropriately, a rooster, a crowing cock.” 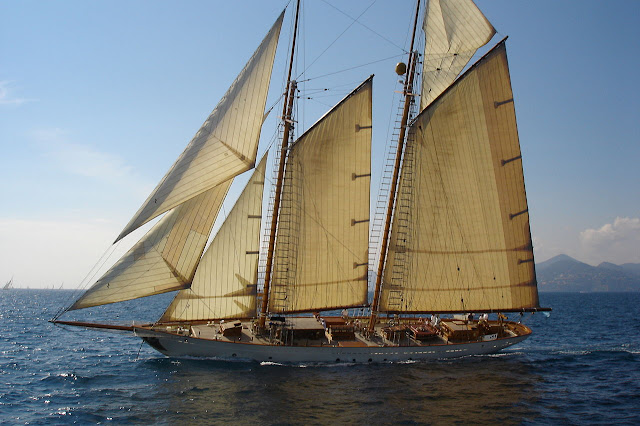 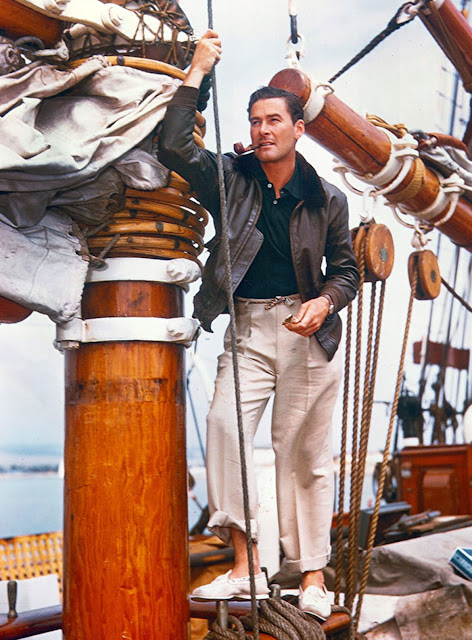 Flynn on board the Zaca.
Zaca was acquired in 1946 by Flynn and he owned it until his death in 1959.

Errol Flynn once invited a Hollywood producer to one of his parties that were famous for being sex orgies. The producer, having heard of Flynn’s parties, had been angling for an invitation. When the producer arrived at Flynn’s house high in the Hollywood hills, he was let in the front door by a maid who was wearing only high heels and a maid’s cap.  She took him to the cloak room where another maid, similarly dressed, asked for his clothes.  He did this with a big smile and gave her his clothes, then he was led to a party room where the first maid instructed him to enter.  When he did so a room full of fully dressed people turned and looked at him. 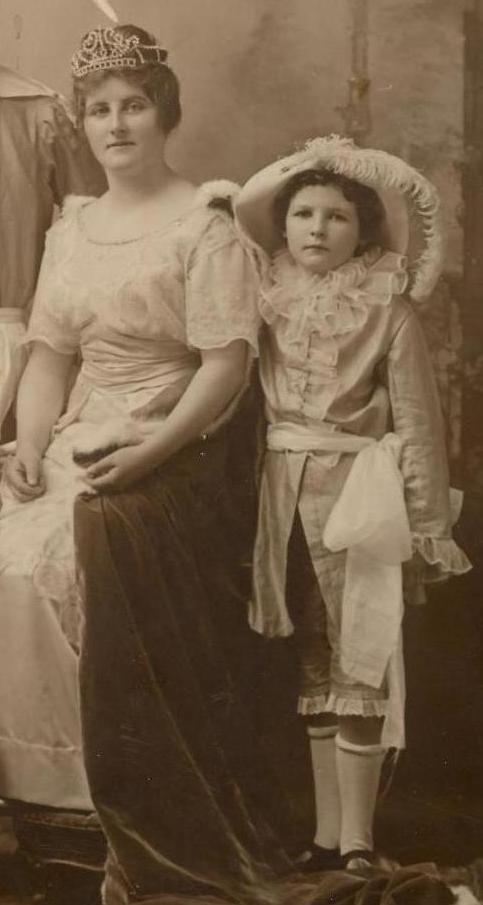 Errol Flynn at the age of nine, as a page boy in a queen carnival. On his left is Enid Lyons, who would later become the first woman elected to the Australian House of Representatives.


The story of Errol Flynn and the corpse of John Barrymore has been denied as true by some, maintained to be true by others including Errol Flynn and Raoul Walsh.  The following account of that story is from the website "13th Floor" at:
http://www.the13thfloor.tv/2016/10/10/the-real-life-weekend-at-bernies-did-errol-flynn-steal-john-barrymores-corpse-to-party-with-it/ 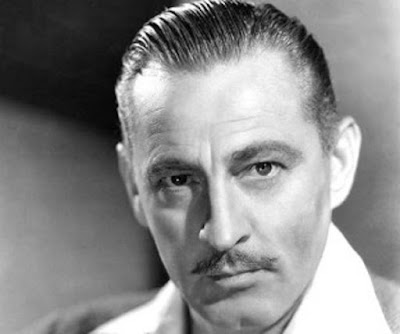 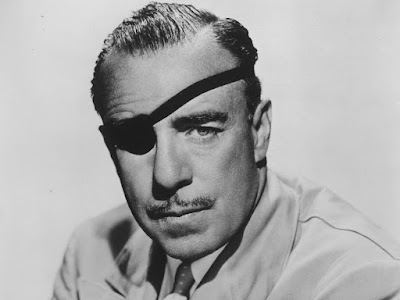 Raoul Walsh
The eyepatch covers up his lost eye, the result of a car crash. 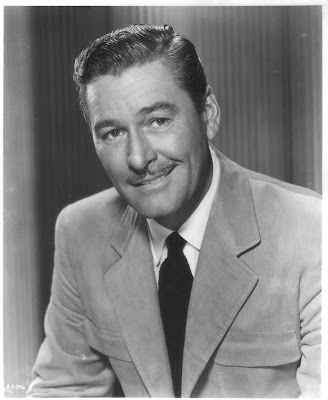 
It’s one of the oddest and creepiest tales to emerge from the decadence of old Hollywood and key players in celebrity grave robbing have gone on the record to confirm the gruesome tale of a corpse partying after its time on Earth was long done.

Silent movie legend John Barrymore who starred in the 1920 version of JEKYLL & HYDE was a hard drinking boisterous prankster who survived the transition from silent to talkies. He was the eldest of a famous family of thespians including Lionel and Ethel Barrymore and his granddaughter is Drew Barrymore.

Barrymore was drinking buddies with a bunch of Tinsel Town boozers including ROBIN HOOD swashbuckling lothario Errol Flynn, W. C. Fields, and director Raoul Walsh – among other such notables. They called themselves the Bundy Drive Gang and specialized in irreverent high-brow carousing – intellectual boozehounds that delighted in pranking one another. They made Sinatra’s Rat Pack seem a bunch of choirboys when it came to excessive boozing and whoring.

One long standing account of their escapades was Flynn’s involvement in the post-mortem adventures of longtime pal John Barrymore’s corpse. Bereft over the death of their ringleader in all times debauched, Barrymore’s pals lifted “The Great Profile”  from the mortuary and took the corpse into to Flynn’s house for a macabre “farewell party” which may very well have been the inspiration for the 1980s flick WEEKEND AT BERNIE’S.

In his memoir MY WICKED, WICKED WAYS, Flynn recalled the horrifying tale. When his mentor and drinking buddy Barrymore died suddenly from pneumonia and cirrhosis of the liver on May 29, 1942, Flynn was so overcome with loss and grief he dove head first into an uncontrollable bender, drowning his sorrows at LA’s famed Cock and Bull Bar with THEY DIED WITH THEIR BOOTS ON director Raoul Walsh.

While Flynn was still chug-a-lugging, Walsh excused himself, saying he was too upset to continue the wake and slipped out. Walsh hopped in his car and paid a quick visit to the Pierce Brothers mortuary which was where the late Barrymore lay in state. After a bankroll exchanged hands, Walsh bribed the parlor director, retrieved the departed, dumped him in the car and drove back to Flynn’s mansion. Walsh awoke Fynn’s groggy butler to help bring the stiff inside.

“Mr. Barrymore’s drunk – so lend me a hand,” he recalled, telling the groggy butler. “I think he’s dead,” the butler snapped.

“You’ve seen him like this before,” Walsh insisted, “So help lend me a hand.

Walsh and the butler dragged Barrymore inside, carefully positioning the cadaver on Flynn’s expansive couch – looking for all the world as if he were simply passed-out.

Walsh ordered the butler to get the SVENGALI star some coffee to sober him up. The sight of a passed out Barrymore on the couch was nothing new to Flynn’s butler so off he went.

After draining the bar dry at the Cock and Bull, a highly intoxicated Flynn wobbly staggered home. At first, Flynn didn’t notice anything unusual when he entered.

“He sat down in his favorite chair and was talking about something or other, when the butler came back in saying ‘Here’s Mr. Barrymore’s coffee,'” Walsh recalled.

“And with that, Flynn saw Jack and ran out of the house screaming. He hid behind a bush in the yard, yelling, “Get him out of here! You are going to get us all of us put in San Quentin!’

“Well, I took Jack back to the funeral home and the mortician asked me where I’d taken him” Walsh recalled. I said "We went to Errol Flynn’s."

Yet, according to an official Barrymore biographer, there was only one visitor to the funeral parlor, a well-known prostitute “who knelt and prayed and continued on her way in silence.” Gene Fowler, a member of the Bundy Drive Gang claimed he and his son were the only ones who stood vigil with Barrymore’s corpse with nary a drunken movie director nor painted lady in sight.

In Richard Schickel’s 1973 documentary THE MEN WHO MADE THE MOVIES, Walsh went on the record again, confirming Errol Flynn’s account of the body snatch heist and practical joke.

I can't resist posting one final item, a repost, about John Barrymore from when he was alive . . .