As readers know, I am a devotee of that wonderful website Bored Panda.

Here is one of the latest posts from that site with some of the reader comments added:

So, police don't use ouija boards any more?

I'm interested in knowing more about the ones that do..🤔🤔

It’s not unheard of for the cops to arrive at the scene as the victim is dying, and manage to get some kind of statement about who attacked them and why right before they succumb to their injuries. It’s the only situation I can think of that fits—-not very common, but not unheard of.

Yes, they are strangely silent as they lie there on the morgue slab.

So some do talk?

What do you mean, RARELY 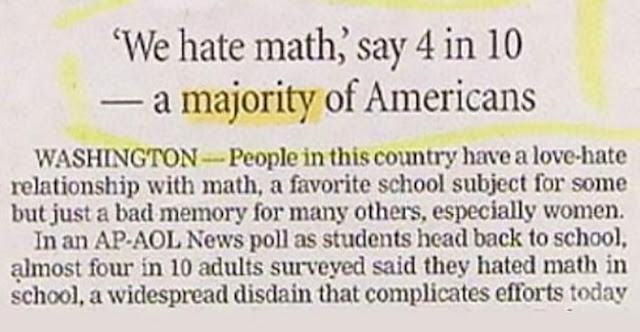 Not only is the headline awful but quite sexist too. There are just as many women who are good at math and love it.

That has to be intentional...

I'm going to send this to the math teachers in my building - all 3 of whom are female!

Come on people, math ain't that hard. Now English on the other hand...

Why does the article state that women are especially confused by math? Was this like two hundred years ago? 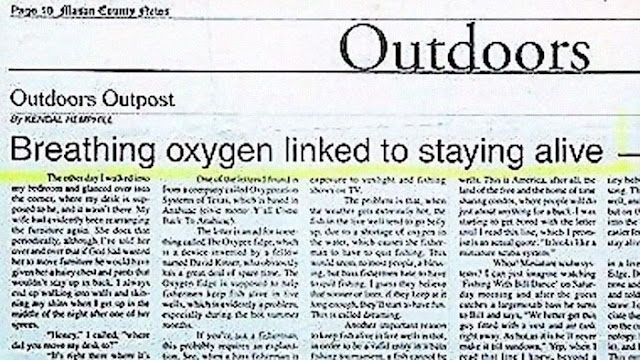 Really?! I need to start doing it straight away

I wonder how they get to that conclusion. The studies, the scientistas involved, the money and the experiments... Oh... The experiments

wow for real I had no idea?!

Are they sure? More study is needed....

Ha. No wonder I died.

Really? I thought holding my breath helps me stay alive. Well that explains a lot

I need to go get me some this Oxygen

Ya think? What gave ya the first clue??? 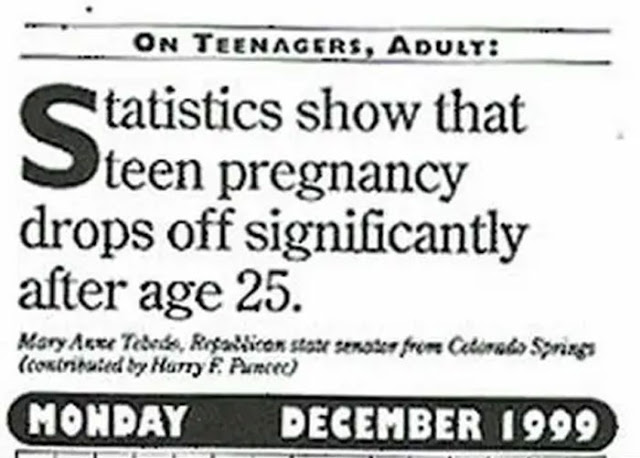 really?! teen pregnancy significantly drops of at 25 why not 35!

And pregnancy rates drop off significantly after age 50...

Mmm, must be that new math.

I would think it is unlikely - people don't care so much about 'unmarried mothers' these days as most of them are probably in long term relationships and just haven't bothered getting it made official. Either way it's a pretty bad headline! 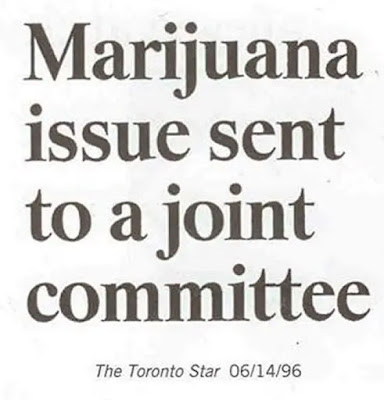 Are they Ganja do anything about it?

When people buy marijuana, do they use money from their joint bank account?

At last the right people will decide Marijuana issues!

Somehow I doubt decisions will be made.

Why not reefer to the experts? Weed out the dopes. Let's be blunt about it, said the kettle to the pot. The grass is always greener on the other side, Bud. A cannabis can get us there, but it's chronically late.

Who is on this committee? Chech and Chong??

This sounds like it was on purpose to be funny 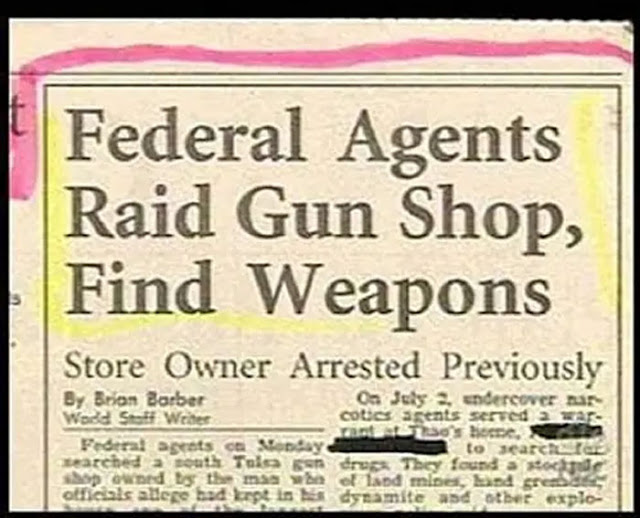 Oh, wow! That must 've been unexpected..

No kidding? Who’da thunk it?

Were they expecting maybe candy?

They hoped to find bunnies in gun shop instead?

I didn't see that coming...

Wouldn't it have been noteworthy had they NOT found any?

The dumb is strong with this one

So THAT'S where the weapons have been hiding!!!! 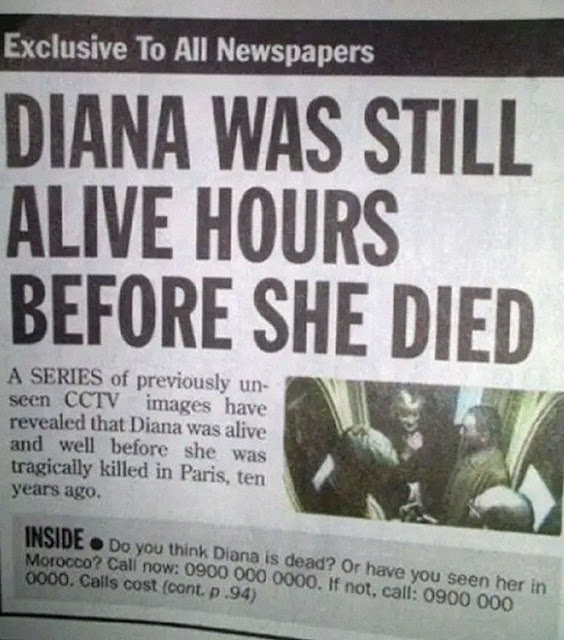 It also says Exclusive to all newspapers and asks for contact from people who have seen her in Morocco. What trash-rag is this?

It's from the British satirical magazine Private Eye. It's a satire on the British press who were running around like headless chickens just printing any old rubbish to fill pages. Many of the papers were utterly pathetic in their response to her death and worthy of far worse than satire.

I saw her last week in Walmart, reading the National Enquirer. "What, I have how many grandchildren? The Queen is still alive at 93? Charles married who? Who reads this rubbish?"

The two phone numbers provided are the same, and the last line has plenty of space but cuts off with “(cont....)” anyway. This is the worst!

I find most people are alive until they die

This is truly shocking news. To think that Princess Diana was alive and well just hours before her tragic death... makes it all the more tragic I guess.

I saw her alive but then someone said it was an alien that I saw. Does that count?

Why weren't we told about this? 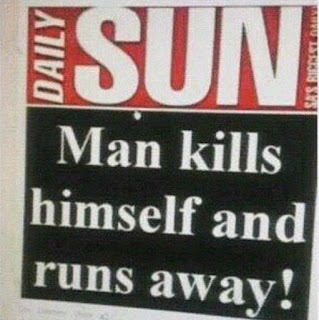 Wow! Jesus has come back!

Jesus was an amateur compared to this guy! This guy didn't wait for 3 days

The zombie apocalypse has begun!

I actually think this one is clever. Likely someone faked his own death and ran away from some commitment like jailtime or child support. I would read the article with a title like that.

That's probably exactly what they meant. I'm from South Africa where this newspaper is printed and this is quite tame and believable compared to some of the other headlines they use! :)

I just faced palmed myself!

I knew it, I knew there was life after death!

Can I talk to him? I want to learn that skill.