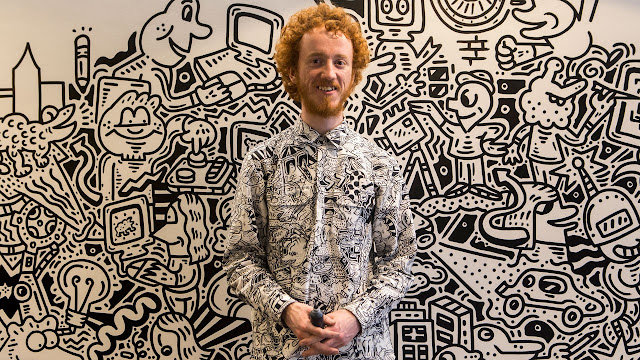 Sam Cox is known as the The Doodle Man.

Doodle:
Random, thoughtless drawings on whatever topics happen to be flowing through the artist’s head. Often done to relieve boredom.
- Urban Dictionary

For those not aware, “doodle” is also slang for the male genitalia, hence the scene in The Simpsons when Homer jumps out of the bath and runs out of the house naked. Off screen we hear Ned Flanders say “Homie, I can see your doodle.” Homer’s response is also heard off screen: “Shut up Flanders.” See the scene by clicking on:
https://www.youtube.com/watch?v=IPRPKXzXXLU 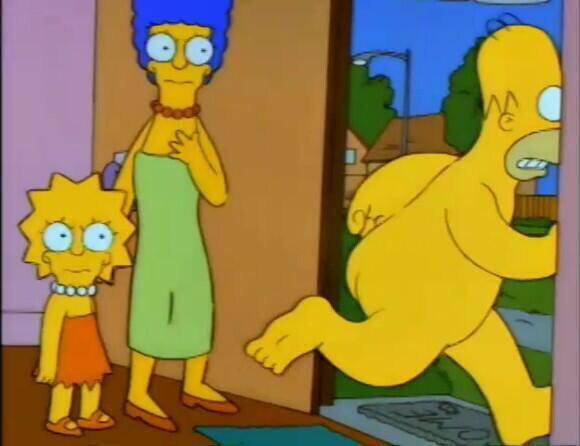 It is therefore somewhat ironic that a man named Cox is also known as The Doodle Man.

He is called that because he doodles on everything: walls, furniture, tunnels . . . he describes it as OCD, Obssessive Compulsive Drawing. As a child he doodled on schoolbooks and whatever else he could leave a line upon, as he grew older he kept at it.

His doodles comprise characters, objects and patterns grouped together in what has been referred to as “graffiti spaghetti”. According to Cox, he has no pre-set intentions, the doodles just grow as he works on them. He uses large marker pens and spray paint, the doodles being mostly black lines on a white background. He has also depicted scenes by means of doodling. Commissions include for MTC and Adidas. His works are for sale and he appears at festivals making and selling doodles. 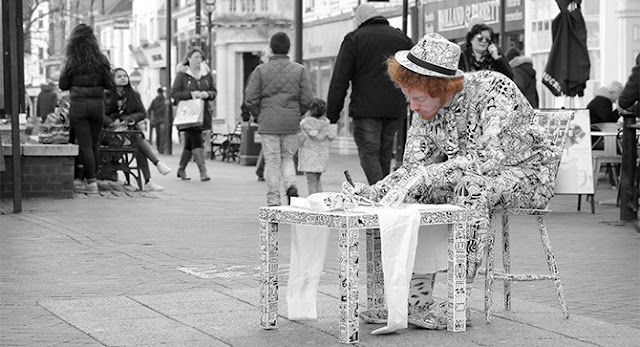 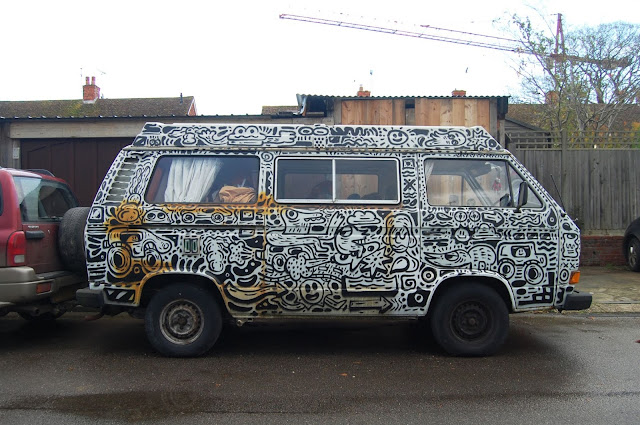 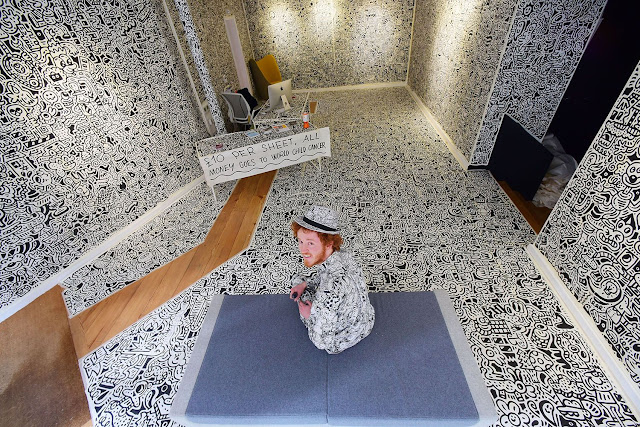 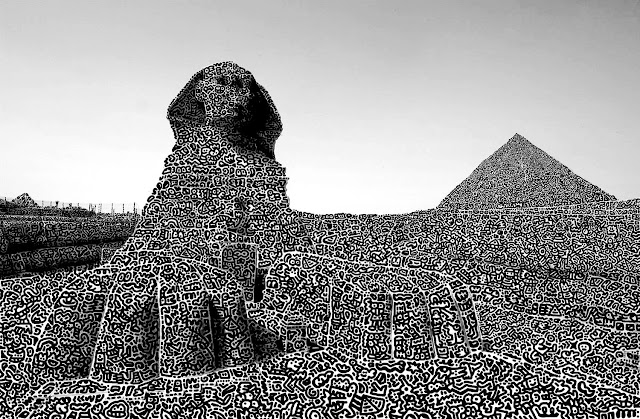 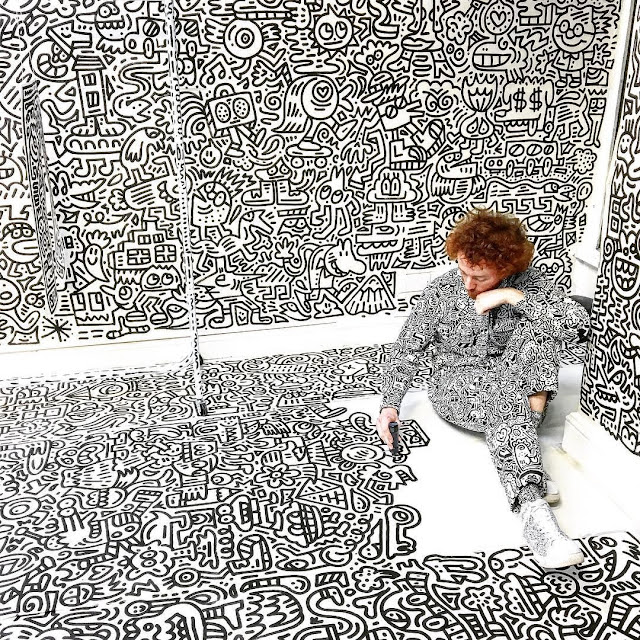 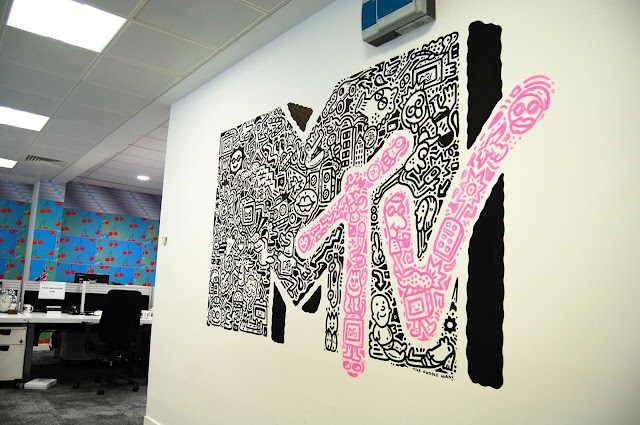 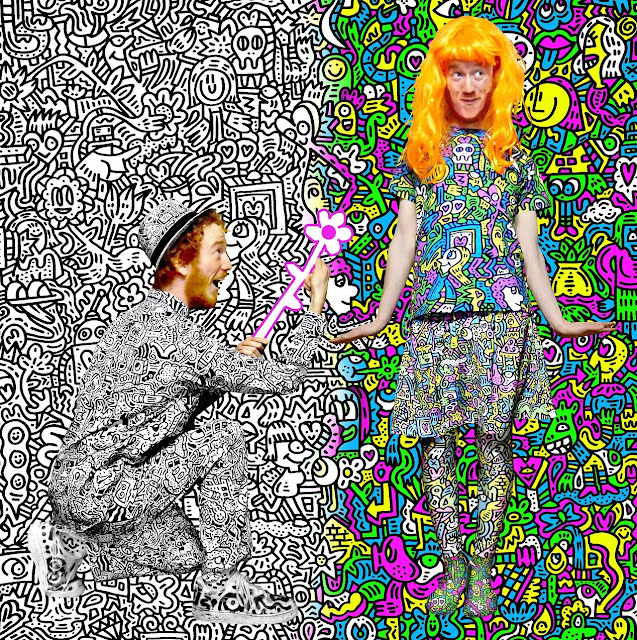 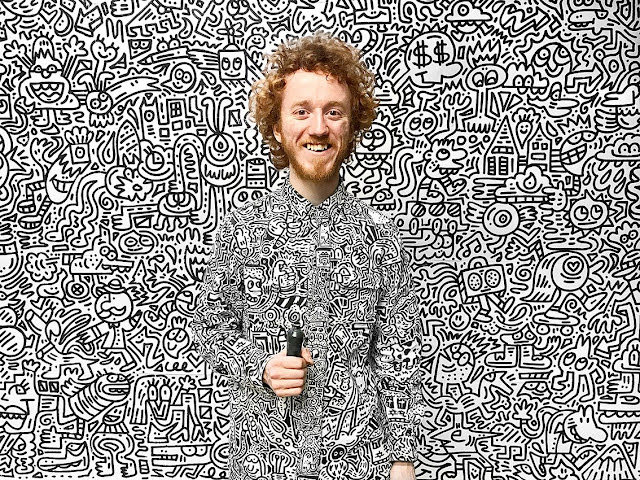 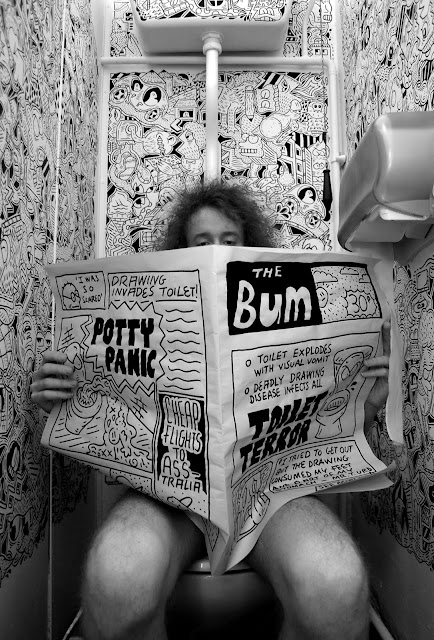 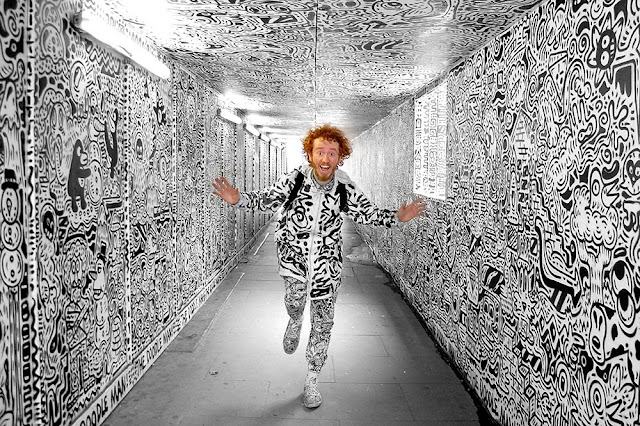 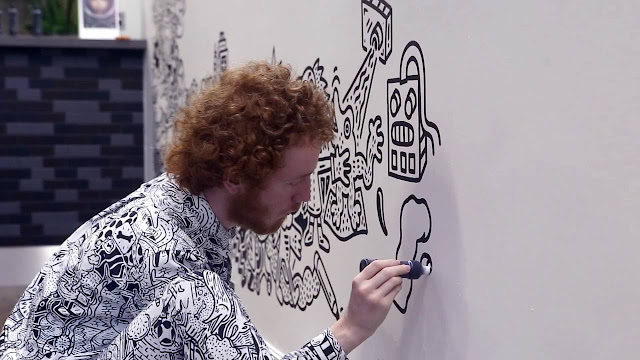 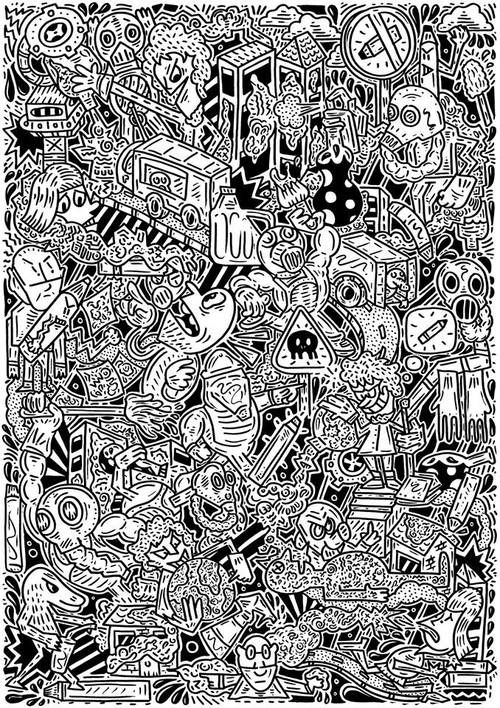 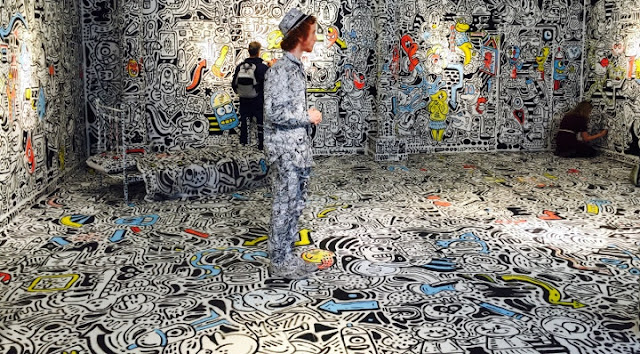 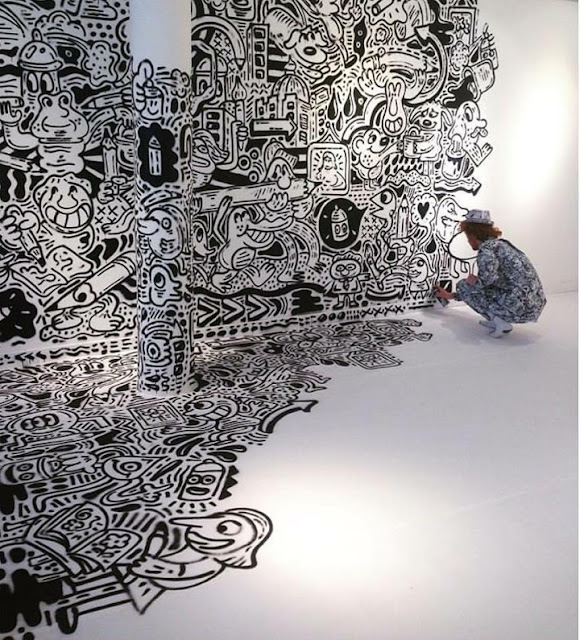 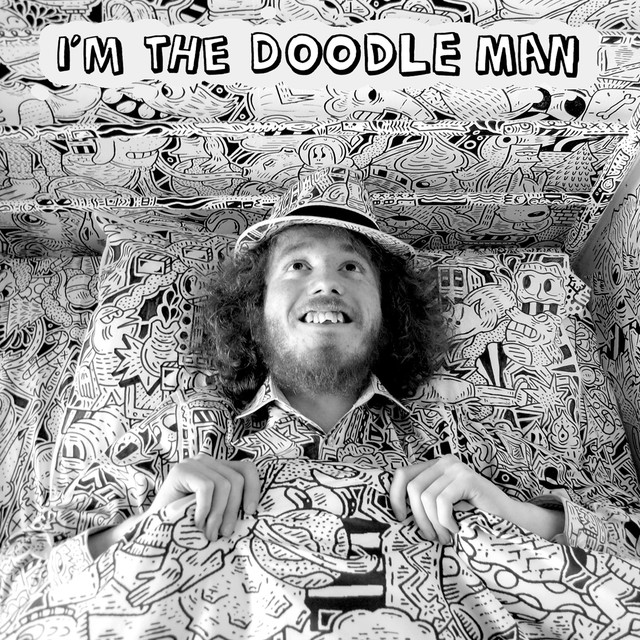 Here are some pics of another format known as zentangle, which is like doodling but this time intended compositions concerned primarily with form, shapes and layouts . . . 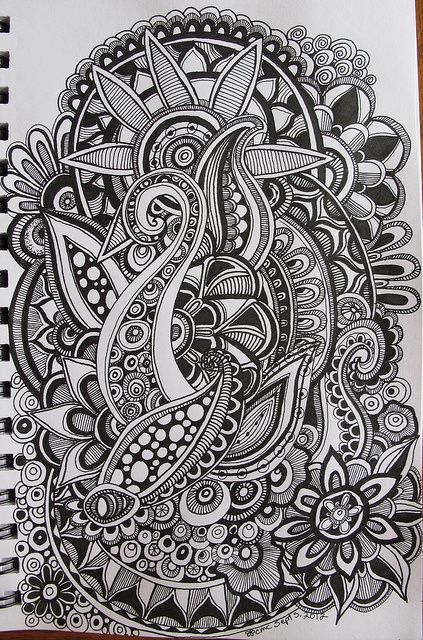 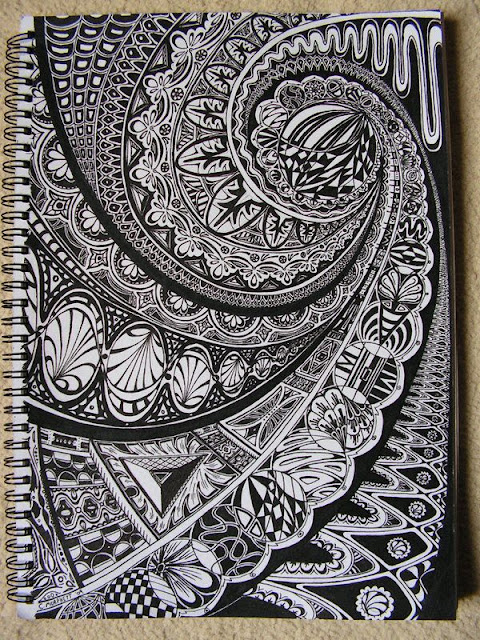 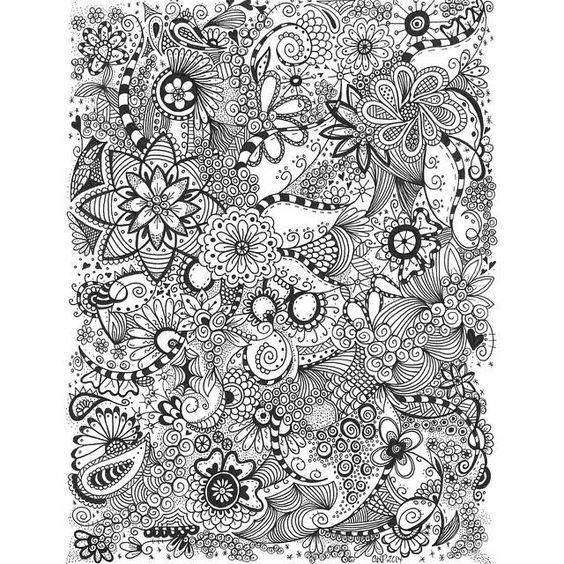 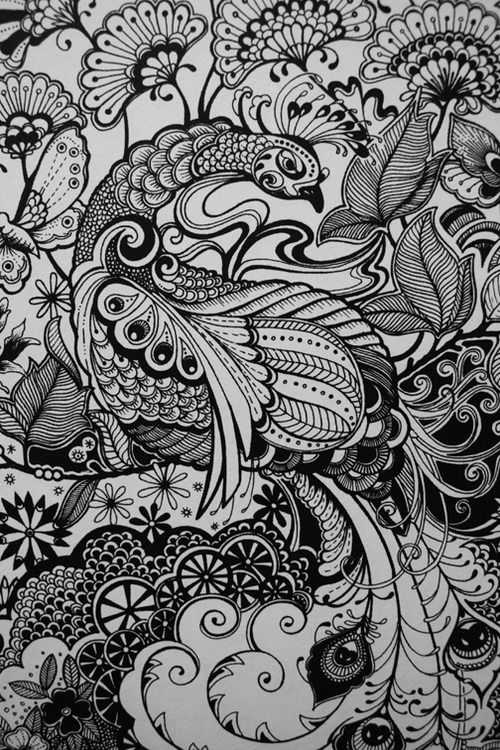 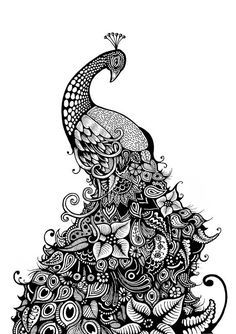 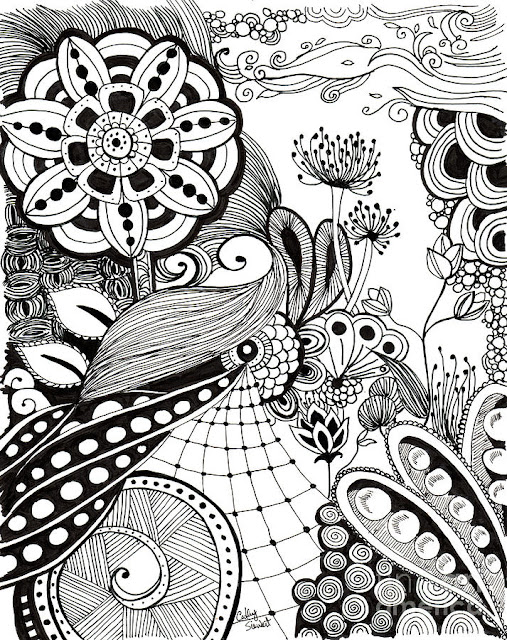 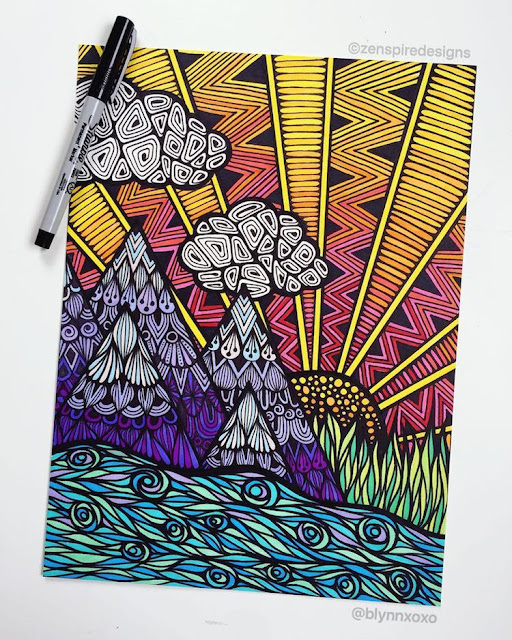