Remember the scene in Forrest Gump where Forrest, in uniform, makes a speech at an anti-war rally but the sound gets cut. The guy depicted with him in the stars and stripes shirt is Abbie Hoffman, noted anti-war activist at the time of the Vietnam War. 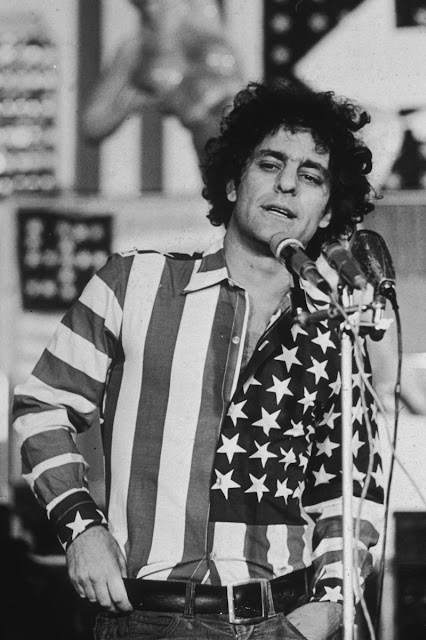 Hoffman (God knows what the poster in the background is.) 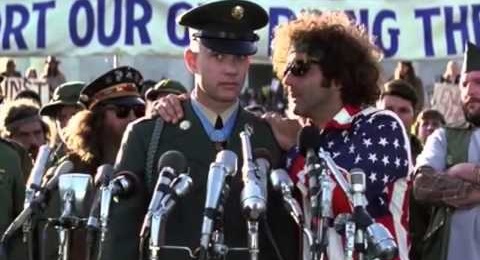 Here is a quote by one of his contemporaries, author Kurt Vonnegut . . . 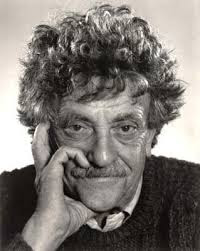 During the Vietnam War, Abbie Hoffman announced that the new high was banana peels taken rectally. So then FBI scientists stuffed banana peels up their asses to find out if this was true or not.

BTW, Hoffman suicided in 1989 at the age of 52, depressed at reaching middle age and that the liberal upheaval of the 1960s had produced a conservative backlash in the 1980s. In 1984, he had expressed dismay that the current generation of young people was not as interested in protesting and "social activism" as the youth had been during the 1960s.