Location:
Catherine Field is a suburb of Sydney and part of the Macarthur Region, located 43 kilometres south-west of the Sydney central business district, in the local government area of Camden Council.

Name origin:
Named after an early farming property, shown on parish maps as “Catherine Field”, owned by George Molle  (1773-1823).  He had named it after his wife, Catherine Molle.

About:
According to the 2016 census, there were 1,657 residents in Catherine Field.

Catherine Field was home to a theme park called El Caballo Blanco which operated between 1972 and 2007.  The theme park featured the famed white Andalusian dancing stallions.

Catherine Fields has fallen under the New Southwest Development Plan that will see the rural aspects of the area change to suburbia.

The historic Cowpasture's Road runs through Catherine Filed on its journey to Camden. The road is now known as the Camden Valley Way.

Blaxcell arrived in Sydney in 1802 on H.M.S. Buffalo where he was the ship acting Purser. Governor King  ppointed him Deputy Commissary on 6th May 1803 and he was further appointed Acting Provost Marshall and Secretary to the Colony.

Blaxcell took an active part in the rebellion that ousted Bligh and was on the committee that examined the Governor’s Papers after his arrest.

He became one of Sydney’s wealthiest merchants, had property at Petersham, a Windmill at Pyrmont, a warehouse in George Street and also owned several small-trading vessels.  He with Alexander Riley, D’Arcy Wentworth were given the contract to build a general Hospital in Sydney in return they could import 45,000 gallons of spirits over three years.

Involved with debts to John MacArthur and other leading Colonist and unable to meet import duties, Blaxcell left the colony in 1817, dying in Batavia on the 3rd October 1817.

Alexander Riley:
Alexander Riley was granted 3,269 acres in the area in 1816, the first free settler to have travelled to the colony. His land grant was on the western side of the Cowpasture Road.  He named the property “Raby”. The original house was built by convict labour.  Riley was one of the founders of the Bank of New South Wales (Westpac) and in 1817 and briefly was one of the Directors.
George Molle:
George Molle, was granted 500 acres in 1817.  A soldier, he served in Gibraltar, The Cape of Good Hope, India, Egypt and Spain.  Promoted to Colonel he served at Gibraltar before transferring as the Colonel of the 46th Regiment of Foot when ordered to serve in the Colony of New South Wales.

While serving in India as a soldier, Molle had met and become friendly with Governor Lachlan Macquarie, who gave a dinner in his honour the month after he arrived; but the governor did not allow Molle the authority he considered was his due, and in his public activities he became an opponent of Macquarie.
In 1814 he took the Oath of Office of Lieutenant Governor of the Colony.  George and his wife played an active part in the Public life of the colony, being patron of the Female Orphan School and a member of the committee for the Civilization, Care and Education of Aborigines.  He served as the local Magistrate and ran the court from his home, Catherine Field, until 1825 when it was closed and moved to Cawdor. He assisted in the foundation of the Bank of New South Wales (which later became Westpac) in 1817.  That same year  Molle left with his regiment for India, where he died in September 1823.  George’s son William Macquarie took over the operations of the property after his Father left.

Name origin:
The name Cattai was originally thought to have derived from an Aboriginal word with an unknown meaning. However, it was more likely named by the First Fleet Assistant Surgeon and Magistrate Thomas Arndell who built a homestead called 'Caddie'. The homestead is now called Cattai Estate and resides in Cattai National Park.  The suburb of Cattai is now been considered a misnomer of 'Caddie'.

About:
Europeans settlers moved into the area in 1794 to sustain the food shortages of Sydney. Following protests by the Dharug people over the loss of their traditional hunting and fishing lands, soldiers were sent to the area in 1795.

The land that is now the Cattai National Park was granted to a Dr Thomas Arndell in 1804 and remained in the family until it was acquired by the New South Wales government in 1981. This means that today the Cattai National Park is a beautiful stretch of land beside the Hawkesbury River with a very historic house and broad parklands which are ideal for family picnics and gatherings.

The Cattai Estate is a heritage-listed former farm and cultural landscape and now national park at Wisemans Ferry Road, Cattai. It was built from 1804 to 1821, the property now being owned by Office of Environment and Heritage, an agency of the Government of New South Wales.

Caddie Park dating from 1821 but modernised a number of times. 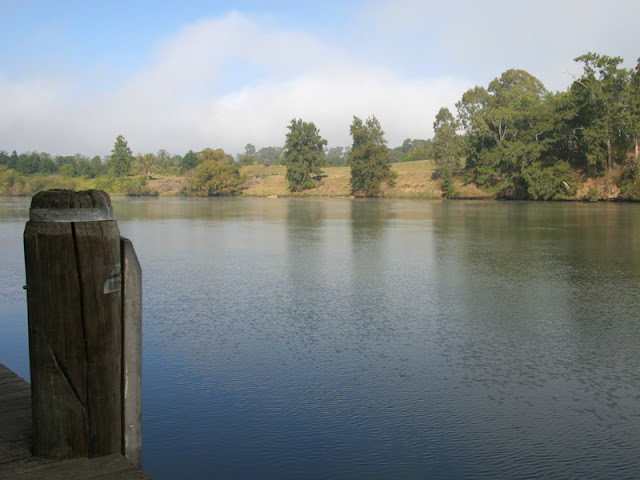 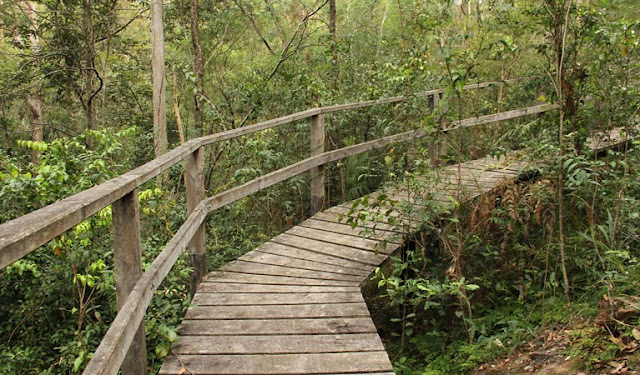 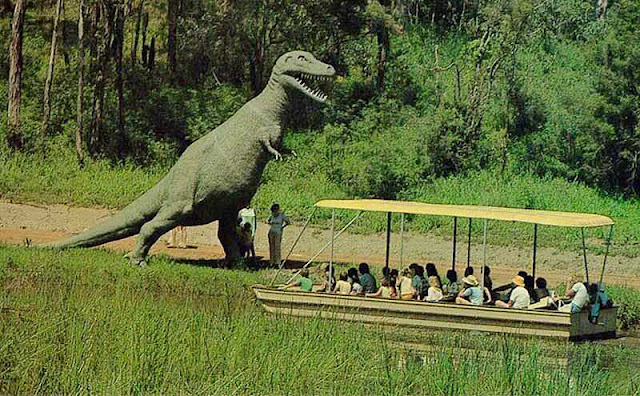 Lost Sydney, Paradise Gardens, Cattai.  Paradise Gardens, alongside the Hawkesbury River at Cattai, was a prehistoric theme park on 388 acres of parkland, which operated from the early 1970s. A memorable feature of the park was its big concrete dinosaurs with the speakers in the grass, emitting primordial sounds. A jungle boat cruise allowed visitors to see the many dinosaurs dotted around a lake.

Location:
Cawdor is a village of Wollondilly Shire, in the state of New South Wales, Australia. Part of the locality of Cawdor lies within Camden Council.

Name origin:
The name was given to the area by Governor Lachlan Macquarie to honour his wife's family's connection to Scotland (the Campbells of Cawdor).

About:
According to the 2016 census, there were 434 residents in Cawdor. 79.0% of people were born in Australia and 88.8% of people spoke only English at home. The most common responses for religion in Cawdor were Catholic 35.2% and Anglican 31.0%.

Cawdor is a village and castle in Scotland, near Inverness. The local castle, according to a now discredited tradition perpetuated by Shakespeare, was the scene of the murder of King Duncan I by Macbeth, the thane of Cawdor, in 1040.

Historically speaking, the term "thane" relates to the Peerage of Scotland. A thane was a man who held land directly from the king, in return for loyalty and military service.

Cawdor was also part of the Cowpastures area, named after the herd of runaway cattle discovered there in 1795. The discovery of these excellent pastures encouraged interest in the south west from settlers frustrated by the depleted soils closer to Parramatta, and the heavy flooding of the Hawkesbury. Their interest, especially in the Nepean River, increased further after the severe drought of 1839.

Cawdor was the first village to develop in the Cowpastures district, predating Camden by more than 20 years.

Macquarie established a cattle station in 1812 at Cawdor, which subsequently grew to be a large government settlement.

The first building was a slab hut built in 1803–04, followed by several other huts for use by shepherds and cattle overseers. In 1824 a court building was erected and became known as Fletcher's Gaol. It was a court of petty sessions and had a small body of police attached to it. It stood on what is now the site of the Uniting Church. The original church was probably built around 1851 and replaced in 1902 by the present building. The church is still in use and the cemetery is the resting place for many early settlers and their descendants.

Because it lay on the main convict-built road to southern NSW and Victoria, the settlement grew in the early 1830s, with a church and school, a store and a blacksmith shop. During this period there was a stopping place for mail and passenger coaches at the post office, opened in 1836.

In later years, the village of Cawdor faded away, due in part to the lack of a reliable water supply and the development of Camden by the Macarthurs. However, the district continued to thrive, with its milk being sent to Sydney and with a creamery built at Cawdor.

In 1902, the Goulburn-to-Sydney bicycle race (which predates the Tour de France) began, and the riders travelled via Old Razorback Road.

In 1956–57, the film Smiley was filmed in part around St Jerome's church at Cawdor.

In the 1960s and 1970s, both the eastern and western sides of Cawdor Road were subdivided and sold, but in the early 1990s local residents were successful in opposing a proposed development of 7,000 houses and in 1994 locals and politicians successfully opposed a 4,900-lot development for the Cawdor area. While housing development continues apace all around the Wollondilly and Camden council areas, Cawdor remains undeveloped, mainly due to floodplain restrictions.

Cawdor today is home to industries such as hydroponic vegetable growing, poultry farming and horse breeding.

In May 2008 a development application for a proposed Muslim school near the High School was rejected by the council amid much controversy.