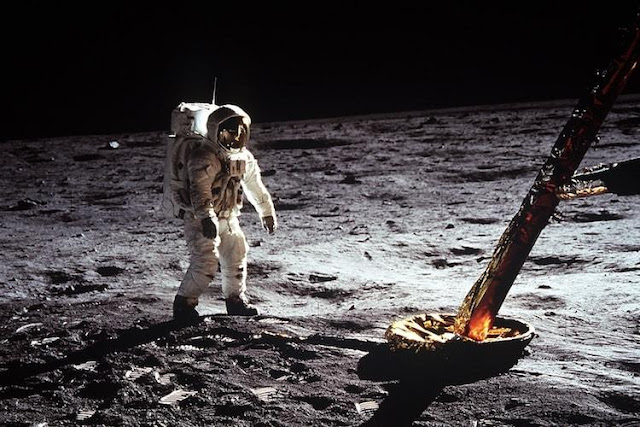 This was generally considered by many to simply be an error of omission on his part. Armstrong long insisted he did say "a man" but that it was inaudible.

Prior to new evidence supporting his claim, he stated a preference for the "a" to appear in parentheses when the quote is written. The debate continues on the matter, as more recent analysis by linguist John Olsson and author Chris Riley with higher quality recordings indicates that he did not say "a".

The cricketing term 'out for a duck' is used when a batman is out without scoring any runs.

It refers to the zero on the scoreboard being similar to a duck's egg and was first used in 1867, in G. H. Selkirk's Guide to Cricket Grounds:

To defend against any future assault by a resurgent Germany, in the 1930s France erected a network of forts, obstacles and weapon installations along the German frontier. Named the Maginot Line after French Minister of War André Maginot, it was thought that the line would stall Germany which would then be involved in a 2 front war with France and its then ally Russia. 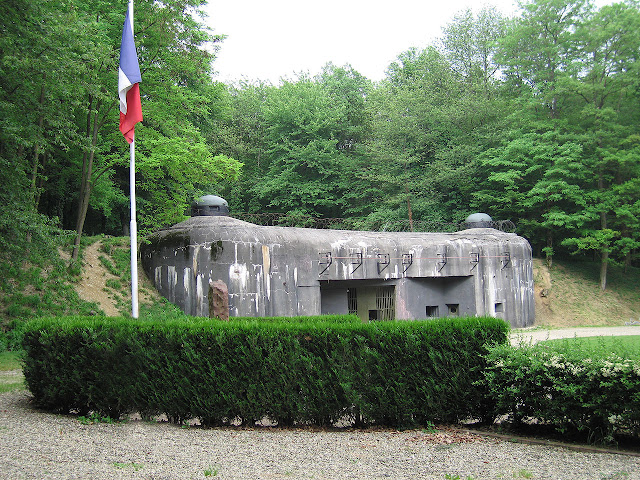 The ammunitions entrance to Ouvrage Schoenenbourg along the Maginot Line in Alsace.

Constructed on the French side of its borders with Italy, Switzerland, Germany, and Luxembourg, the line did not extend to the English Channel due to the then alliance with Belgium. When the Second World War began in the West on May 10, 1940, Belgium had become a neutral nation in an effort along with the Netherlands, to appease Adolf Hitler and the Third Reich. The French believed that the Ardennes region in the north, weak point in the line, did not need to be reinforced because the region, with its rough terrain, would be an unlikely invasion route of German forces; if it were traversed, it would be done at a slow rate that would allow the French time to bring up reserves and counterattack.

The German Army exploited this weak point in the French defensive front with a rapid advance through the forest, encircling much of the Allied forces and resulting in a sizable force being evacuated at Dunkirk (26 May-June 4,19540). leaving the forces to the south unable to mount an effective resistance to the German invasion of France.

The line has since become a metaphor for expensive efforts that offer a false sense of security.

A hat trick is the fact of achieving a positive feat three times in a game.

English cricketer HH Stephenson was the first cricketer to be awarded a hat for taking three wickets in consecutive balls, the origin of the hat-trick. He performed the feat in 1858. A collection was held for Stephenson (as was customary for outstanding feats by professionals) and he was presented with a cap or hat bought with the proceeds.

The term was eventually adopted by many other sports including hockey, soccer, water polo, and team handball. 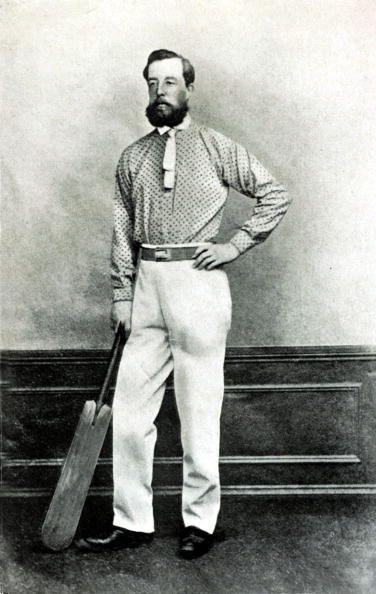 In the late 1930s Hitler gave orders for a gun to be developed to destroy the main forts on the Maginot Line, "a gun able to pierce a metre of steel, seven metres of concrete, or thirty meters of dense earth." 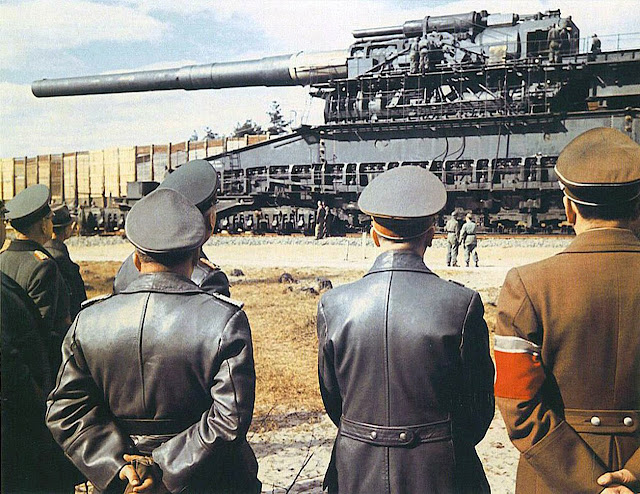 Gustav was not ready for action when the Battle of France began,  In any case, as noted above, the Wehrmacht's Blitzkrieg offensive through Belgium rapidly outflanked and isolated the Maginot Line's static defences, eventually forcing the French to surrender.

Gustav was later deployed in the Soviet Union during the Battle of Sevastopol, part of Operation Barbarossa, where, among other things, it destroyed a munitions depot located roughly 30 m (98 ft) below ground level.

In all, the Gustav fired 300 shells on Sevastopol, and another 30 during the 1944 Warsaw Uprising. It was never used again. It was captured by U.S. troops and cut up for scrap. A duplicate gun, named for the chief engineer's wife, Dora, saw action only briefly and was destroyed to prevent its capture by the Russian army.

A googly is a deceptive spinning delivery by a wrist spin bowler which spins the opposite direction to the stock delivery. For a right-hander bowler and a right-handed batsman, a googly will turn from the off side to the leg side. It was developed by Bosanquet around 1900.

The origin of the word is unknown.

Not every Model T was black:

It is a myth that all of the Model T Fords were black.

In his 1922 book My Life and Work, Ford described his policy as “Any customer can have a car painted any color that he wants, so long as it is black.”

The Ford Motor Company used 30 different types of black paint for different parts of the car’s exterior but when the Model T first came on the market, customers could get almost any common colour except for black. Blue, grey, green, and red were all available, but not black.

The first black Model T didn’t roll off the assembly line until five years later. Towards the end of the Model T’s life, six new colors were introduced, from Royal Maroon to Phoenix Brown to Highland Green. In between there was over a decade of black Model T’s. 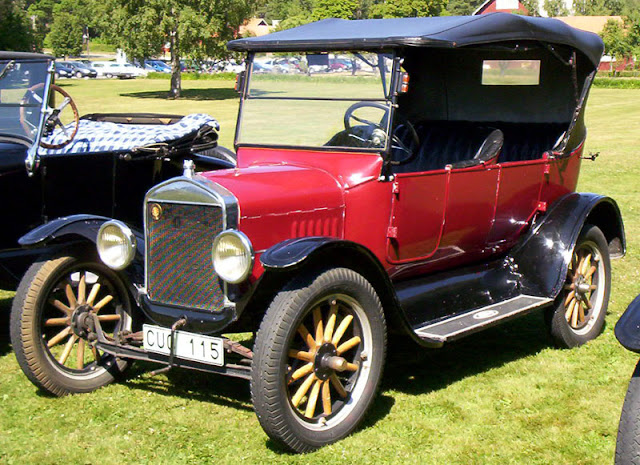 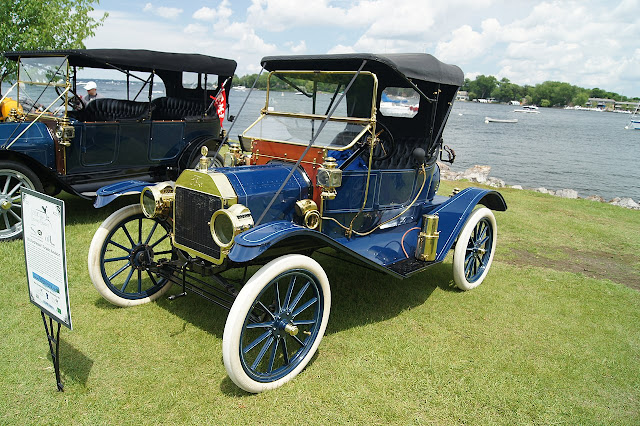 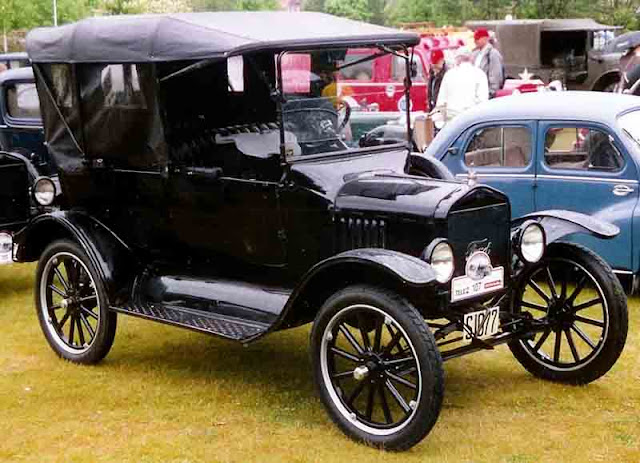 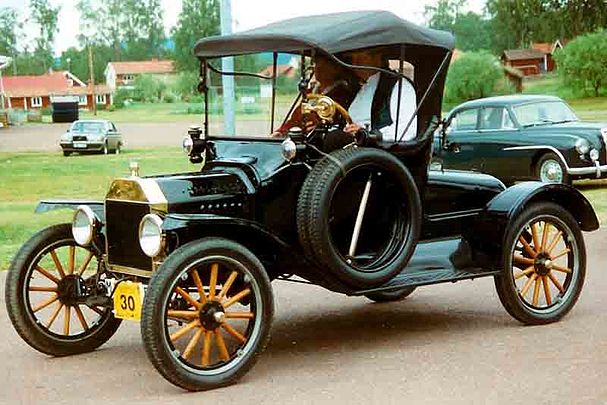 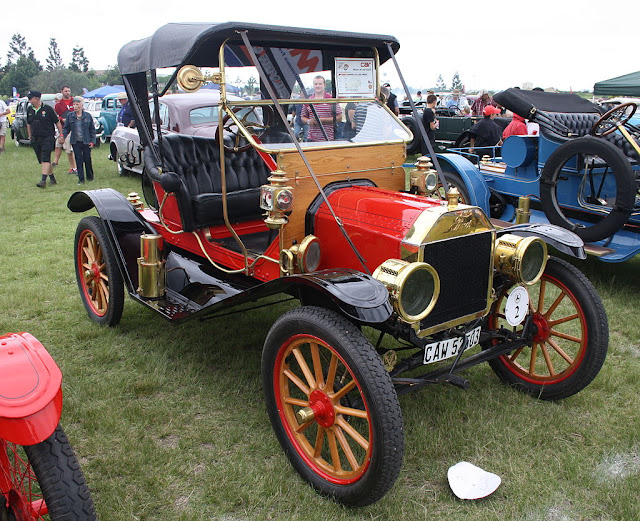 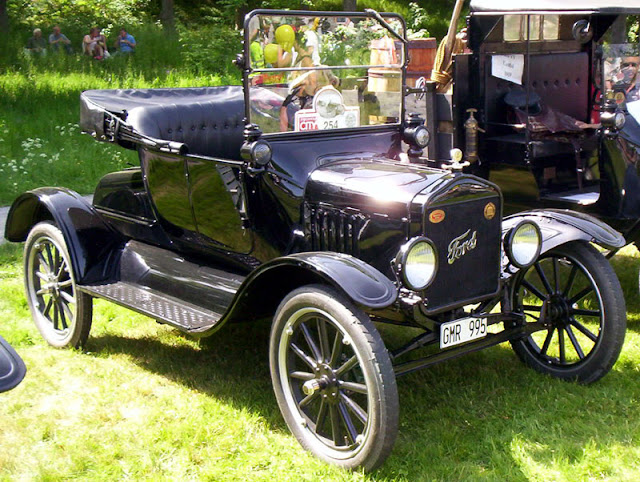 Although it has been said that Henry Ford elected to stay with only black paint because it dried faster, it is more likely that black paint was cheap and durable, and that making only one color of car was cheaper.

BTW, why a Model T?
Ford started with the Model A in 1903. There was then the B, C, F, K, N, R & S. The missing letters were experimental or never got off the drawing board. When Ford ceased building The Model T they felt the company was entering a new era and started again with the Model A.