The Race That Stops a Nation 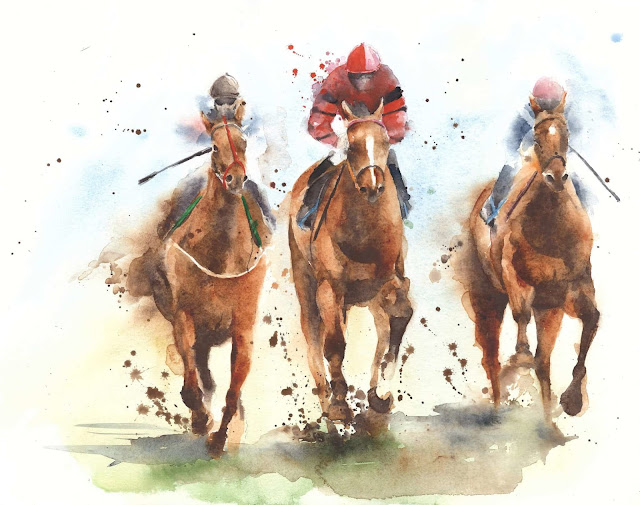 The Melbourne Cup, first held in 1861 and won by Archer after being walked to Melbourne (which he also won again in 1862) is Australia's most famous annual horse race. A 3200-metre race for three-year-olds and over, it is the richest "two-mile" handicap in the world and one of the richest turf races. It is held at 3.00pm on the first Tuesday in November each year.

Personally I couldn’t care less about it, in the past I used to wait until the announcer said “And they’re off and racing”, then I would start ringing colleagues just to piss them off - “What sort of dickhead rings now??!!” - but most of Oz goes gaga so I will contribute my two bob’s with a bit of poetry about the Cup.

Although the race is frequently referred to as "the race that stops a nation", that phrase is of recent origin, coming from the title of Sydney-born writer Vivienne McCredie's poem from 1986:

(Unfortunately for overseas readers there are a lot of local references.) 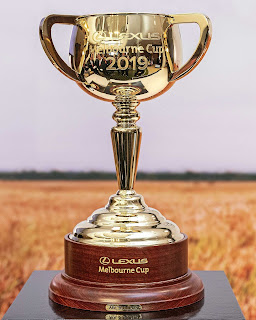 The Race That Stops a Nation

But once a year at Flemington
A horse race stops us all
And we hold our breaths and listen
To the commentator’s call
For never has there been a race
That holds such fascination
Than the race they run at Flemington,
The Race that stops the nation

We Aussies are a funny lot,
The things we hold so dear –
Like Rosewall, Hoad, the Opera House,
A glass of Fosters beer
Let’s not forget the Great White Shark,
And Lillee – in full flight,
The Wallabies, the Kangaroos,
The Harbour Bridge at Night,
Of course it’s something special
When we say the name of ‘DON’,
Our Bradman was the best they’ve seen;
His legend carries on

On a Tuesday in November,
The first one to be sure,
As the winner flashes past the post,
You’ll hear the thousands roar.
For never has there been a race
To catch imagination
Than the race that’s run at Flemington
The race that stops the nation!

It’s called “the Cup” – the Melbourne Cup. Beginning naturally
When a horse called Archer walked
Into a place in history.
And since that year of ’61,
We find no explanation
As to why it is this two mile race
is the one that stops the nation

For down the years its history,
How losers come and go –
And horses who with bursting hearts
Can make the legends grow
The memories of champions
Will always linger on –
Immortalised forever by
The race at Flemington!

Some names are so familiar
It’s easy to recall – Like Rising Fast and Kiwi, and
The greatest one of all for Phar Lap is synonymous
With all that’s brave and bold –
And little men can treasure all
The stories that are told.

When Phar Lap graced the turf, and won,
We Aussies felt elation –
We loved him, – so in death, he then
Was mourned by all the nation.
A century has been, and gone,
And still the horses run,
To the cheers and acclamation
Down the straight at Flemington
Now o’er the seas, on moors and downs
Hooves pound in expectation,
Through early morning mists that veil
Their great determination.
The best will come to challenge
The antipodean horse
In the gruelling race of two miles –
On the famous Melbourne course.

The ‘Might and Power’ of thundering hooves
Defines a champion –
Whose courage and tenacity
Is shown to all the nation!
And once a year, that single race
Creates the situation –
Where we share all the nostalgia of
The race that stops the nation

That’s it, readers, enjoy your Melbourne Cup parties and boozy extended lunches; your listening to, or watching, the race and, if your phone should ring at the moment that the nation is stopped, take the time to answer it – it will probably be me.