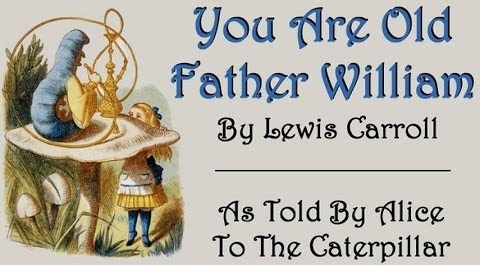 The poem is a parody of Robert Southey's poem The Old Man's Comforts and How He Gained Them, originally published in 1799. Like the other poems parodied by Lewis Carroll in Alice, this original poem is now mostly forgotten, and only the parody is remembered.  It has been called "one of the undisputed masterpieces of nonsense verse".

The poem is structured as a dialogue between a “father” and “his son”. The theme involves generation gaps—specifically how different generations can fail to understand one another. In the days of my youth, Father William replied,
⁠I remember'd that youth would fly fast,
And abused not my health and my vigour at first
⁠That I never might need them at last.

You are old, Father William, the young man cried,
⁠And pleasures with youth pass away,
And yet you lament not the days that are gone,
⁠Now tell me the reason I pray.

In the days of my youth, Father William replied,
⁠I remember'd that youth could not last;
I thought of the future whatever I did,
⁠That I never might grieve for the past.

You are old, Father William, the young man cried,
⁠And life must be hastening away;
You are chearful, and love to converse upon death!
⁠Now tell me the reason I pray.

I am chearful, young man, Father William replied,
⁠Let the cause thy attention engage;
In the days of my youth I remember'd my God!
⁠And He hath not forgotten my age. 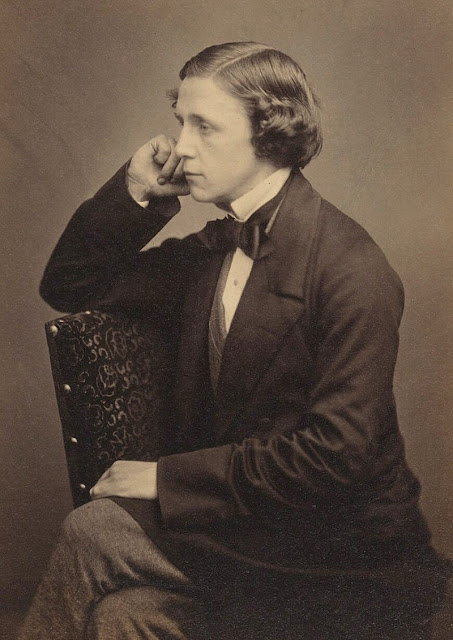 "You are old, father William," the young man said,
"And your hair has become very white;
And yet you incessantly stand on your head —
Do you think, at your age, it is right?" 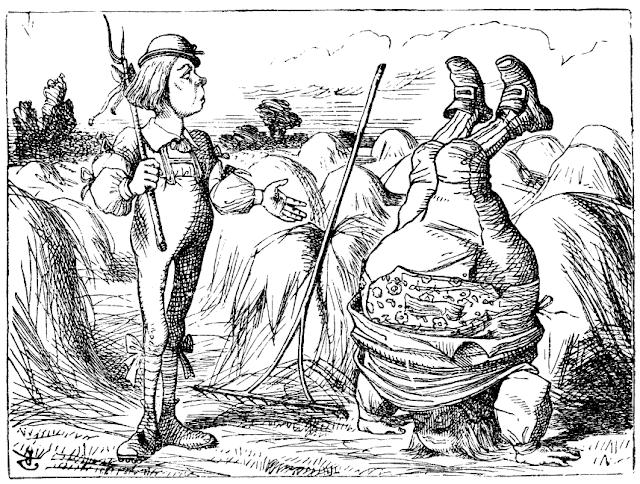 "In my youth," father William replied to his son,
"I feared it would injure the brain;
But now that I'm perfectly sure I have none,
Why, I do it again and again."

"You are old," said the youth, "as I mentioned before,
And have grown most uncommonly fat;
Yet you turned a back-somersault in at the door —
Pray, what is the reason of that?" 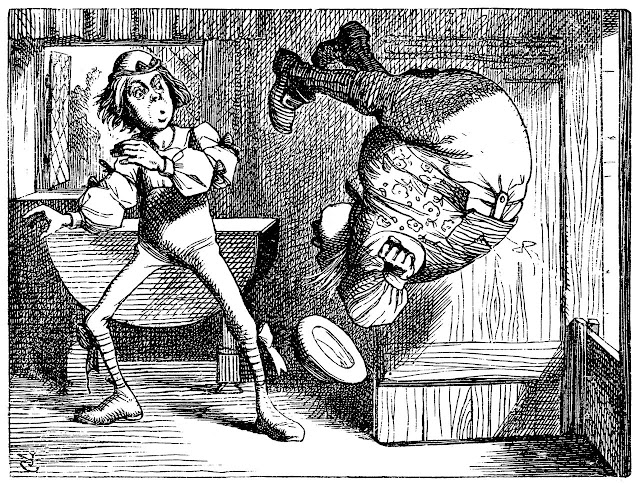 "In my youth," said the sage, as he shook his grey locks,
"I kept all my limbs very supple
By the use of this ointment — one shilling the box —
Allow me to sell you a couple."

"You are old," said the youth, "and your jaws are too weak
For anything tougher than suet;
Yet you finished the goose, with the bones and the beak —
Pray, how did you manage to do it?" 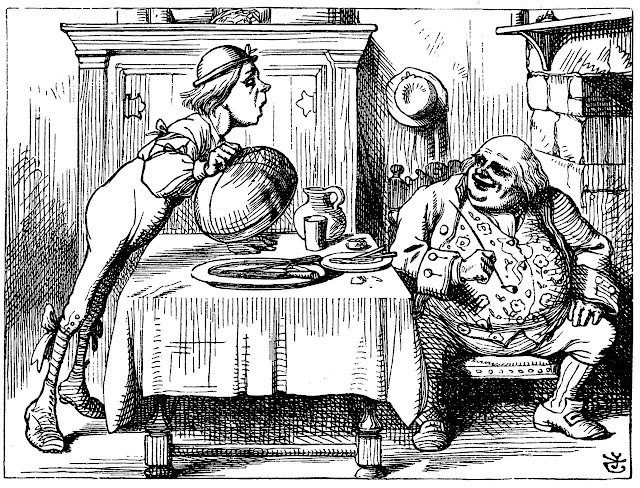 "In my youth," said his father, "I took to the law,
And argued each case with my wife;
And the muscular strength, which it gave to my jaw,
Has lasted the rest of my life."

"You are old," said the youth; one would hardly suppose
That your eye was as steady as ever;
Yet you balanced an eel on the end of your nose —
What made you so awfully clever?" 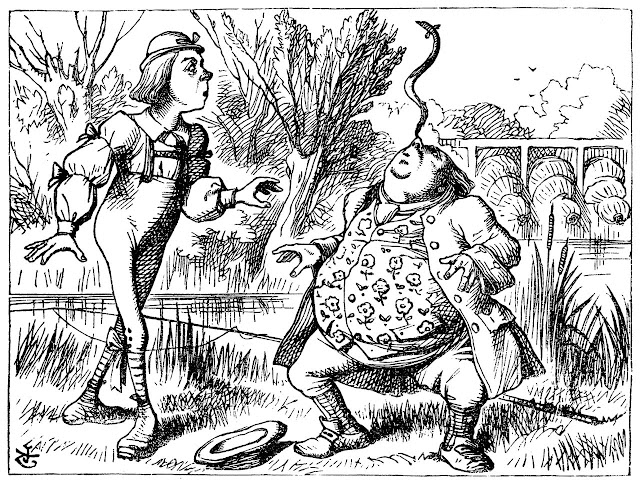 "I have answered three questions, and that is enough,"
Said his father; "don't give yourself airs!
Do you think I can listen all day to such stuff?
Be off, or I'll kick you down stairs!"

Love how Father William obtained the strength of his jaw.

Posted by BytesMaster at 6:51 AM