Have you done a piece on the psychedelic salt mines of Yekaterinburg ?

Graham followed this with some pics: 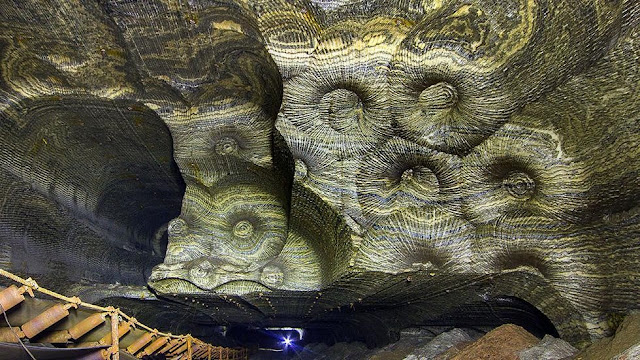 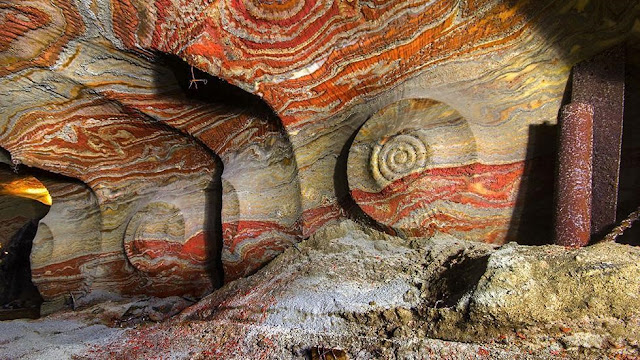 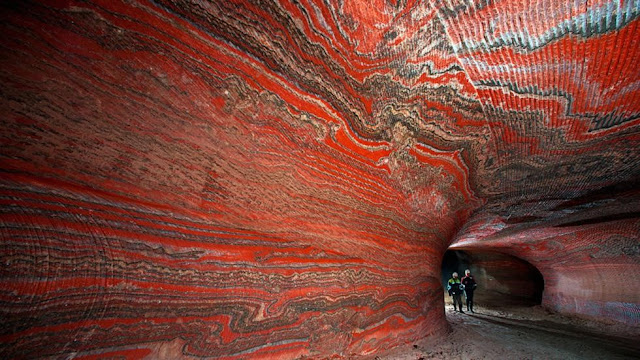 Here is the commentary from the item at the link provided by Graham, plus some additional pics from various sources . . .

650 feet beneath the Russian industrial city of Yekaterinburg lies an abandoned salt mine. The cave looks like a surrealistically painted pantheon from an ancient civilization. However, the psychedelic pattern is a naturally occurring phenomenon. The bold stripes that decorate the cave walls are made up of layers of a mineral called carnallite, which is used in plant fertilization and can appear in a variety of colors.

These deposits date back to the Permian period, ~280 million years ago, when an entire sea dried up (called by some the Perm Sea), leaving behind a salty residue of evaporate minerals in its place. With the vicissitudes of geologic history, these became buried and forgotten until salt was mined in Russia (starting in the 2nd millennia BCE), and only now, with these incredible photos, are we able to view them.

Although a small part of the mine is still in use, miles of tunnels now lay abandoned an are only accessible with a special government permit. 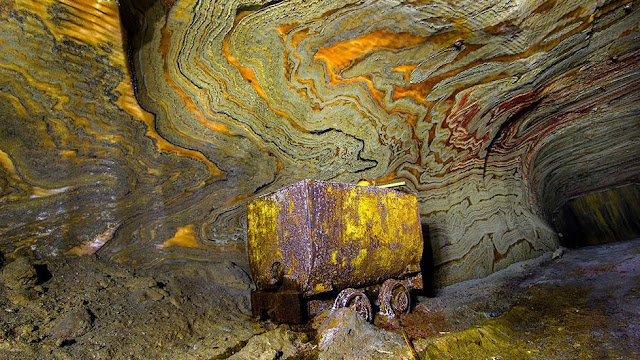 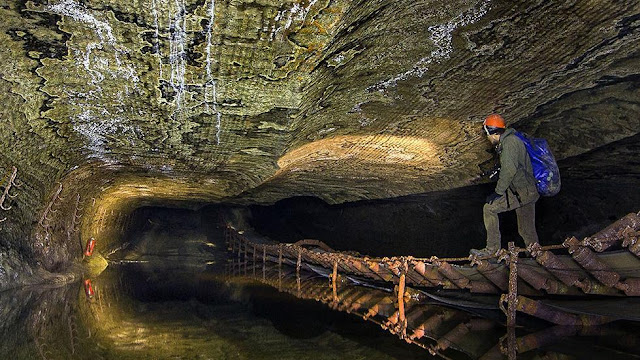 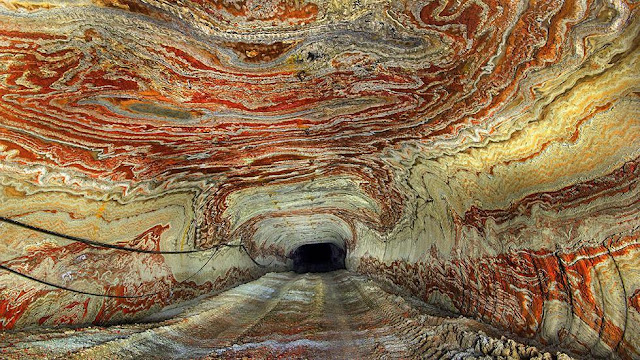 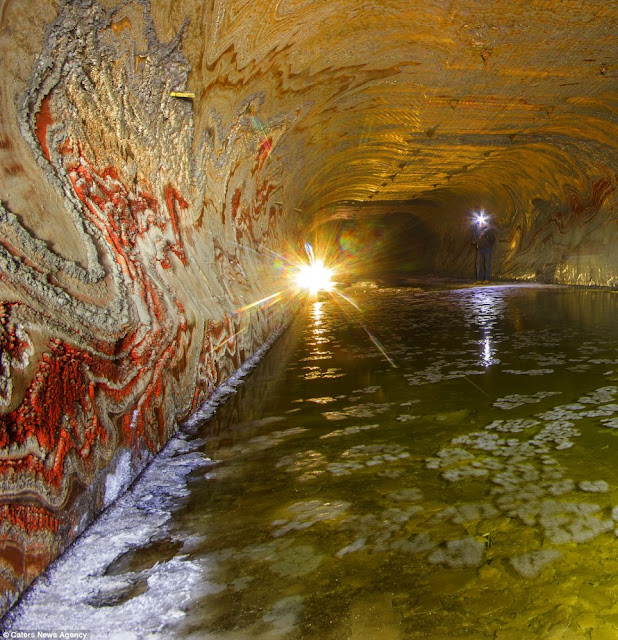 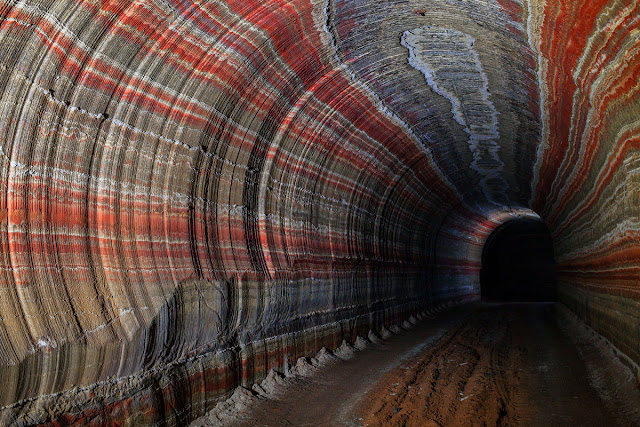 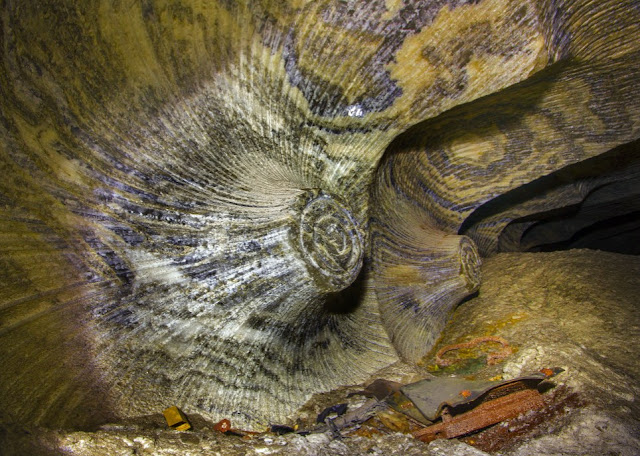 Another abandoned salt mine . . .

10km outside of the Polish city of Krakow in Poland is the Wieliczka Salt Mine in the town of Wieliczka. Salt was excavated from that mine since the 13th century and it produced table salt continuously until 2007, one of the world's oldest operating salt mines. Mining was discontinued due to falling salt prices and mine flooding.

It is now an official Polish Historic Monument, its attractions including the shafts and labyrinthine passageways, displays of historic salt-mining technology, an underground lake, four chapels and numerous statues carved by miners out of the rock salt, and more recent sculptures by contemporary artists. 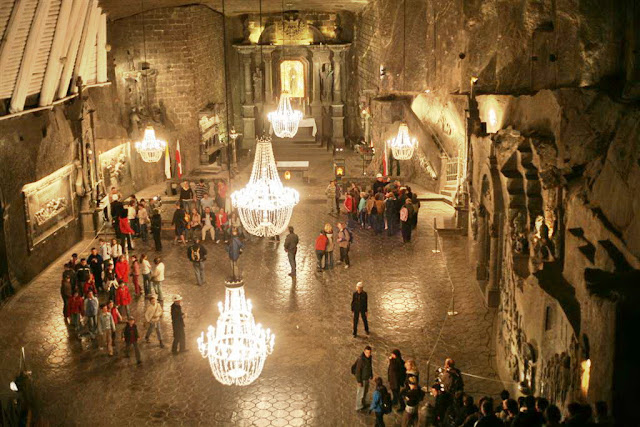 St. Kinga's Chapel, deep in the Wieliczka salt mine 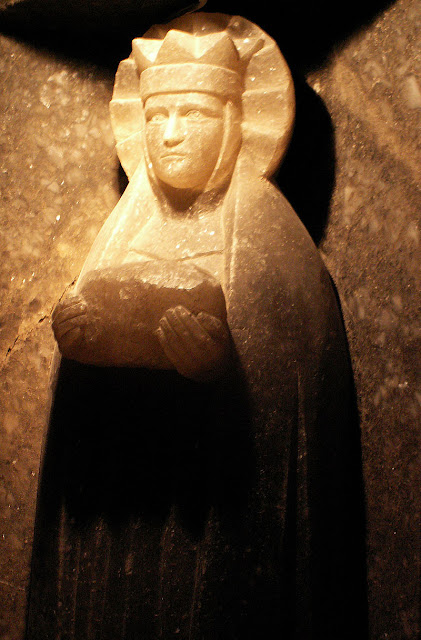 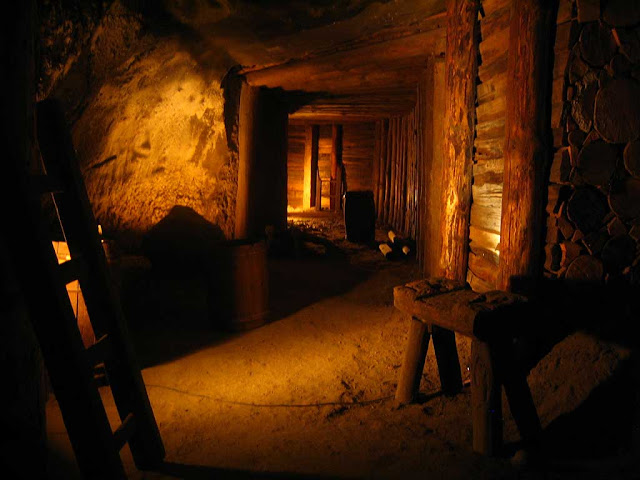 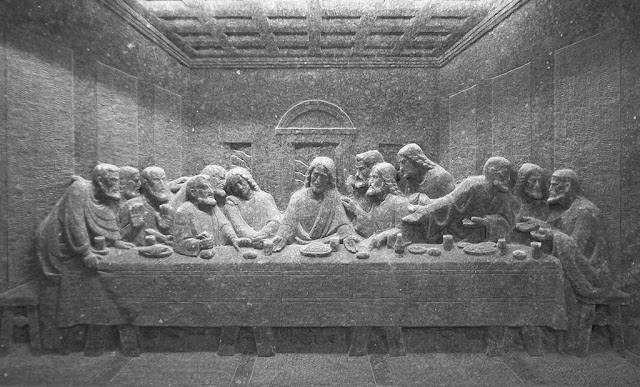 The Last Supper, carved in salt 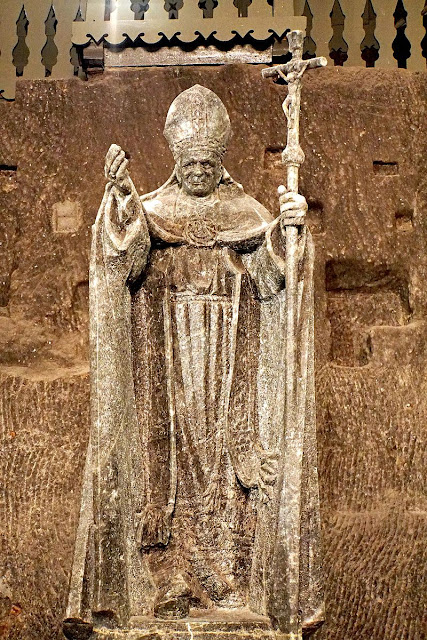 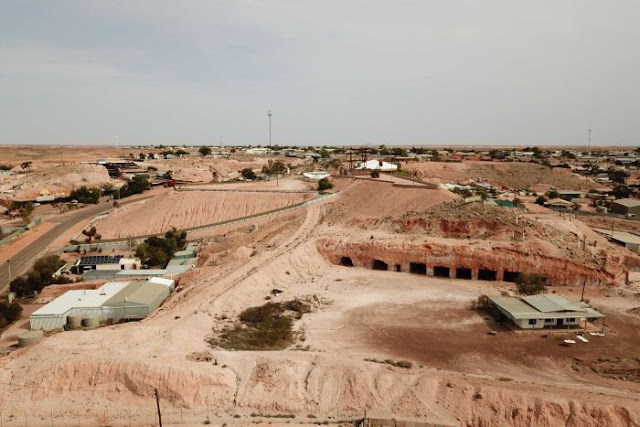 It gets so hot in the South Australian opal mining town of Coober Pedy that the residents live underground in residences called "dugouts". Btw, the name "Coober Pedy" comes from the local Aboriginal term kupa-piti, which means "boys' waterhole". The first opal was found in Coober Pedy in 1915; since then the town has been supplying most of the world's gem-quality opal.

Some pics of underground living . . . 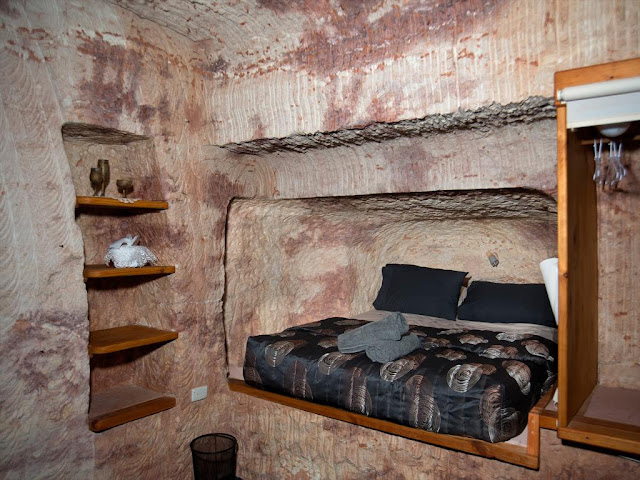 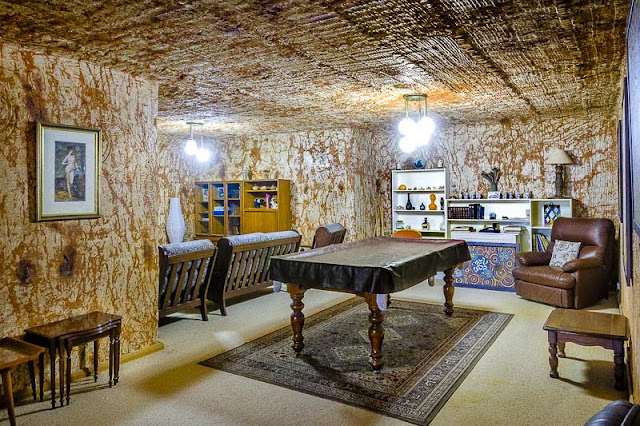 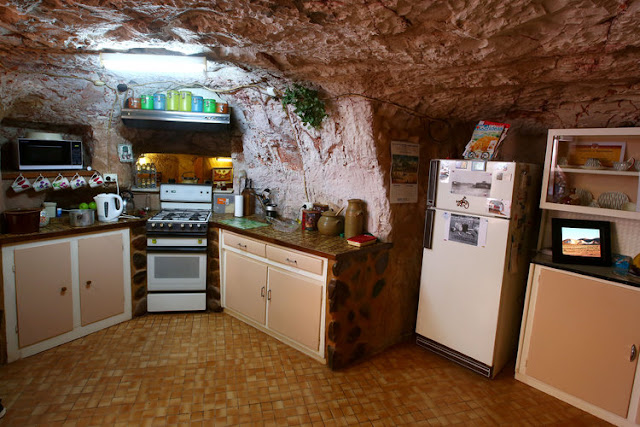 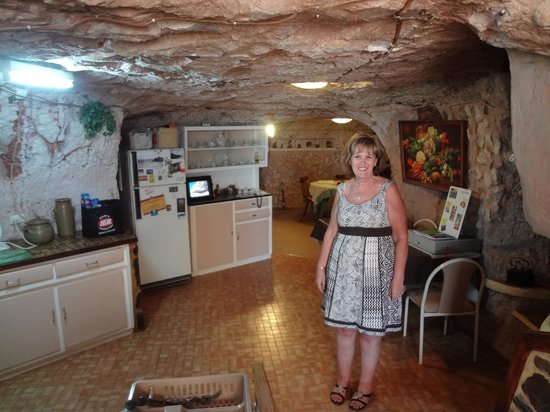 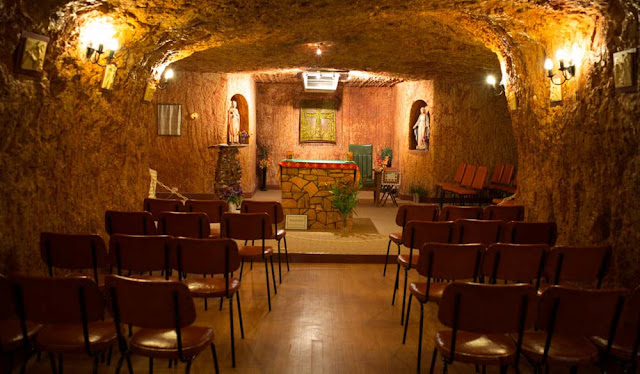