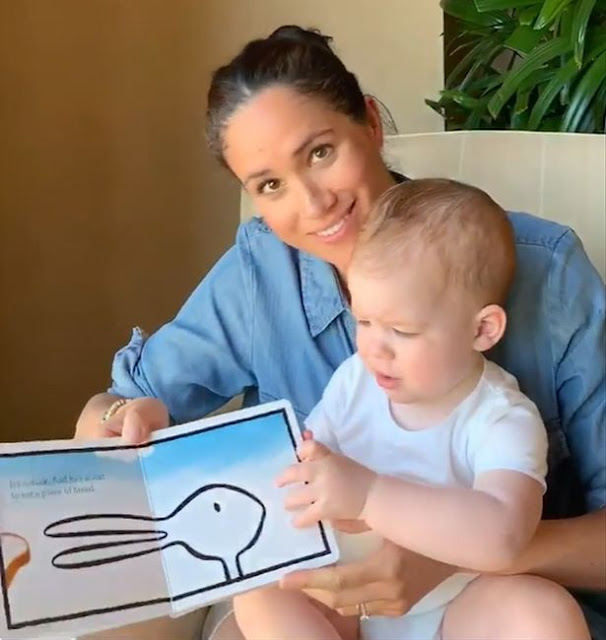 See the clip at:
https://www.youtube.com/watch?v=g6M3zphrodw 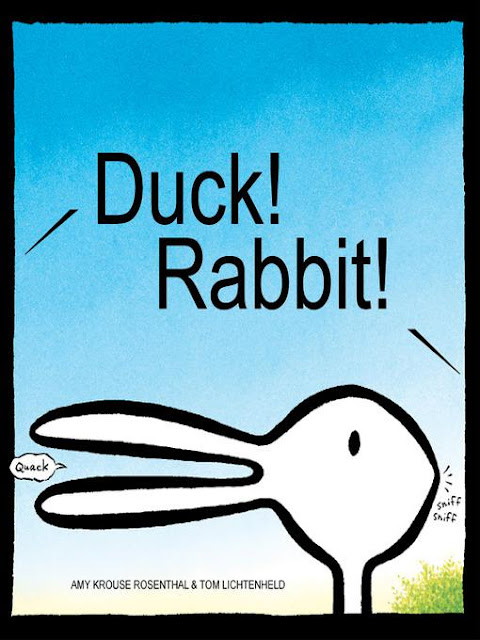 The book, first published in 2009, is by Tom Lichtenheld and Amy Krouse Rosenthal. Lichtenheld’s website describes it as:

“A clever take on the age-old optical illusion: is it a duck or a rabbit? Depends on how you look at it! A smart, simple story that will make readers of all ages eager to take a side (and a subtle lesson for those who don't know when to let go of an argument), Duck! Rabbit! makes it easy to agree on one thing: reading it again!”

You will notice that the above comment refers to “the age old illusion”.

That illusion is over 100 years old and I was reminded that some years ago I had posted in Bytes on that illusion.

Following is a reprint of that post, plus some extra . . .

Sent to me by son Thomas 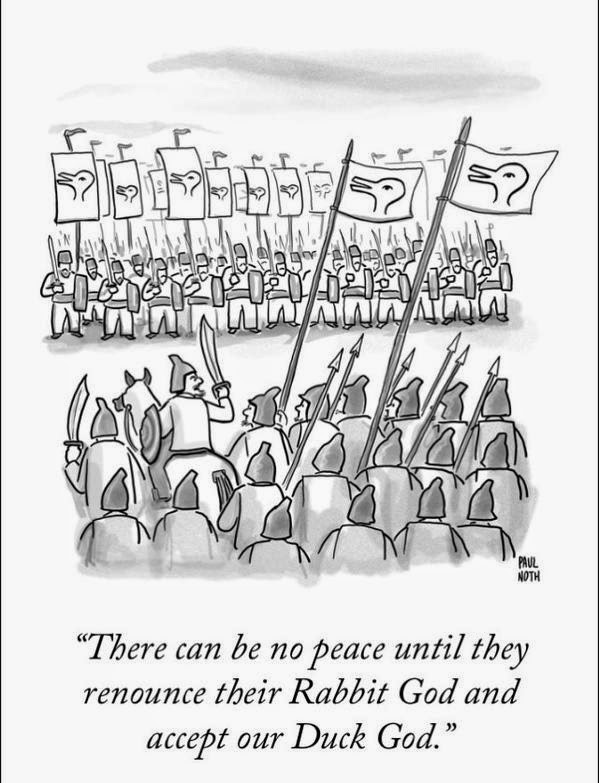 I love this cartoon.

The first time that I saw it I thought it to be another version of Napoleon’s observation that "Religious wars are basically people killing each other over who has the better imaginary friend."

Then I came across a different explanation that gave an even greater level and deeper meaning to the cartoon.

Here is the Duck God featured on the banners of the army in the above cartoon: 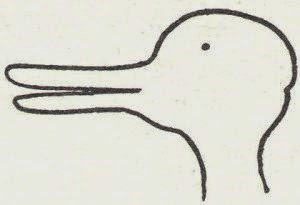 However, is it not also a rabbit looking upwards? 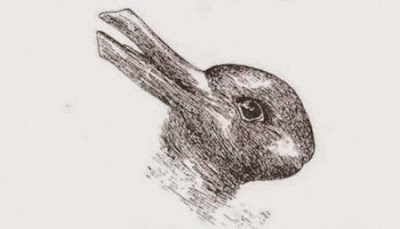 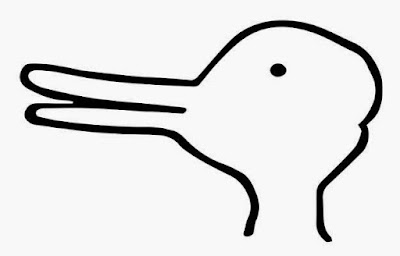 So what does that do to the cartoon?

Is the message of the cartoon that whether you see a duck or a rabbit depends on your perspective, much like the doctrines of religions?

You will have to work it out yourself from here, I will simply quote another comment from an anonymous author: "And on the 8th day God created a bunch of other religions. Just to fuck with mankind."

Some notes on the Rabbit-Duck illusion:

The earliest known version is an unattributed drawing from the 23 October 1892 issue of Fliegende Blätter, a German humour magazine. It was captioned "Welche Thiere gleichen einander am meisten?" ("Which animals are most like each other?"), with "Kaninchen und Ente" ("Rabbit and Duck") written underneath. Okay, not the funniest but when you think of side splitting humour, German culture doesn't immediately come to mind.

The image was used by psychologist Joseph Jastrow and then made famous by Ludwig Wittgenstein, who included it in his Philosophical Investigations as a means of describing two different ways of seeing: "seeing that" versus "seeing as”.

Whether one sees a rabbit or a duck, and how quickly, may correlate with sociological, biological and psychological factors. For example, Americans, both young and old, tend to see a bunny during Easter, and a bird/duck in October. Worthy of an Ig Nobel prize, that discovery.

It has also been posited that those who can more easily see both a duck and a rabbit are apt to be more creative. 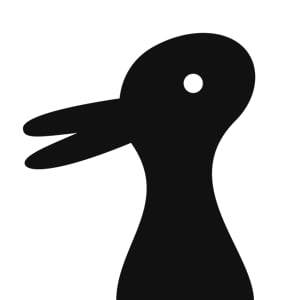 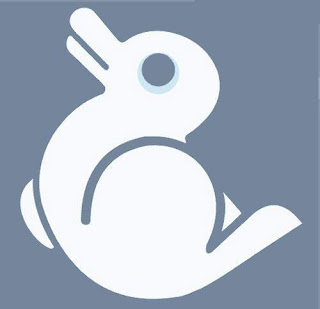 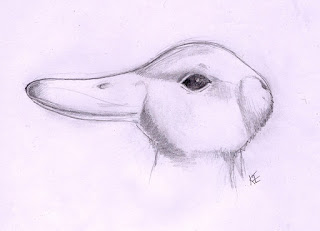 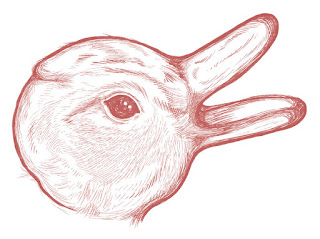 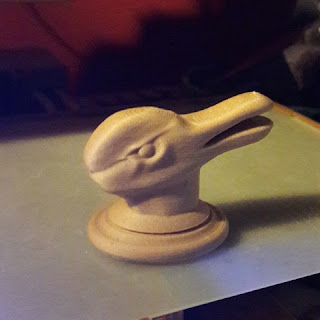 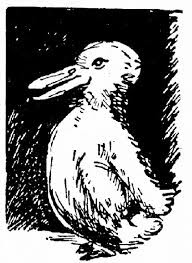 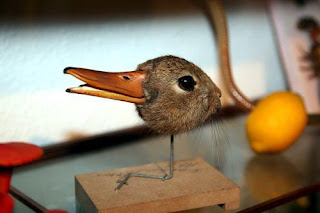 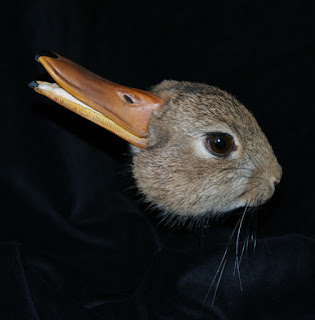 There’s even a brewery in North Carolina honouring the illusion . . . 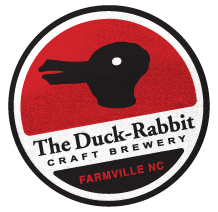 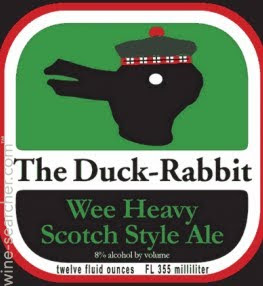 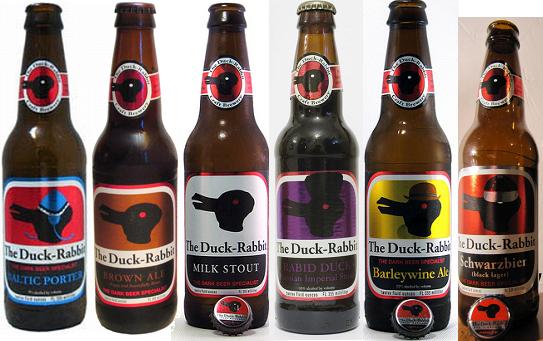 Posted by BytesMaster at 3:23 AM