The Killings at Kent State University:

Fifty years ago, on May 4 1970, students at Kent Street University protested against the Vietnam War, 5 days after President Richard Nixon had advised that the war had expanded into Cambodia.  Protestors broke windows, threw bottles at police cars and set alight the ROTC building on campus.  Ohio Governor James Rhodes, running in a contested Republican primary for U.S. Senate, called in the National Guard which fired tear gas at the crowd and fired a total of 67 shots from M-1 rifles at the students. Some of the students were simply on their way to class. Four students were killed and nine more were injured.

Ten days later at Jackson State College (now University) in Mississippi, National Guard troops and local law enforcement fired more than 150 shots into a dormitory, responding, they said, to sniper fire. No evidence of sniper fire was ever found.  Two students were killed in the barrage.

The Kent State shooting remains a watershed moment in American history. It sparked a nationwide student strike shortly thereafter and reverberated throughout the final years of the Vietnam War and the passage of the 26th Amendment in 1971, which lowered the voting age to 18.

The article, link below, looks at the university’s attempts to come to grips with the shooting, originally trying to make it go away but then recognising and commemorating it, including an on-campus museum, as well as the event becoming a part of history. 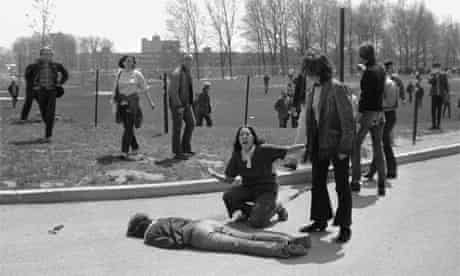 Mary Ann Vecchio screams as she kneels over the body of fellow student Jeffrey Miller at Kent State University, Ohio, 4 May 1970. 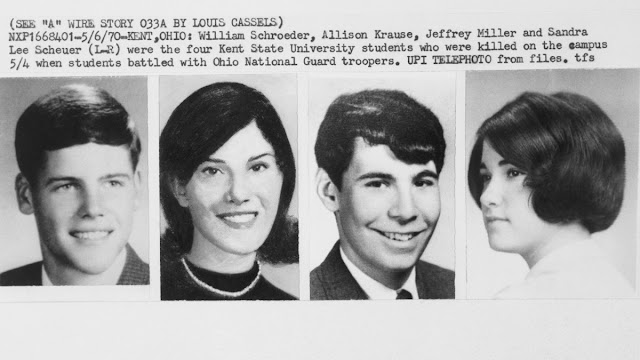 The students killed at Kent State

Two Danish photographers have taken photographs of the same scene from different perspective using different lenses - a wide angle and a telephoto lens – to show how images can be manipulated, especially important in this time of social distancing.  Following are some of the images, telephoto first and wide angle following: 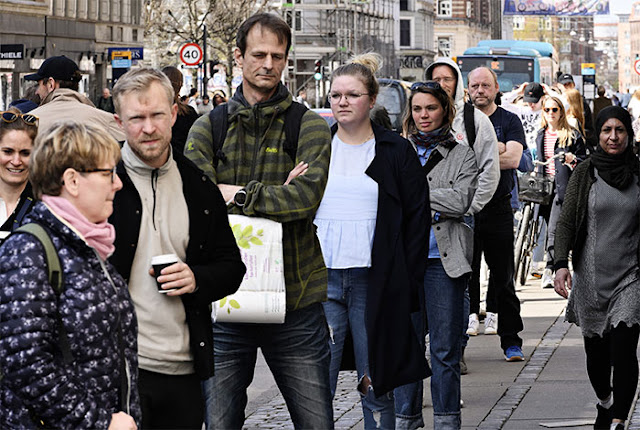 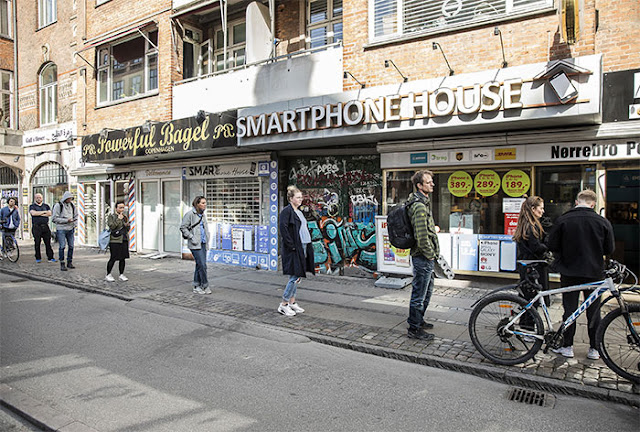 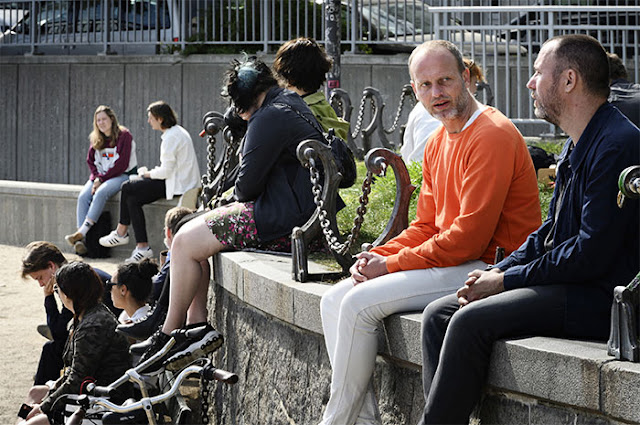 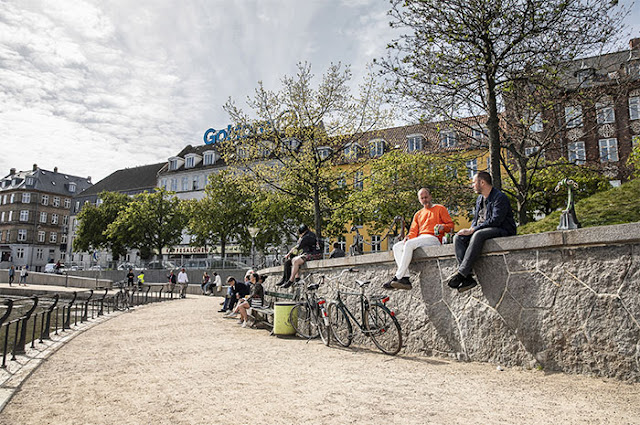 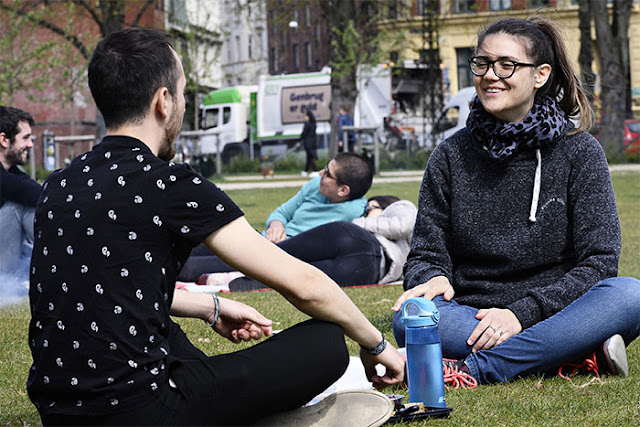 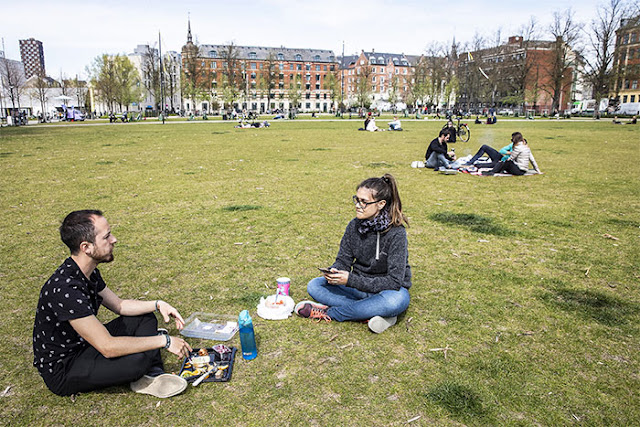 The Nuke that Fell from Space:

Between 1961 and 1978 the US launched 8 nuclear powered satellites to provide navigation services to its navy.  There were also numerous non-nuclear satellites, eventually a total of 41 orbiting satellites.  Russia did not start launching nuclear satellites until 1965 and between then and 1987 launched over 30 satellites, each carrying a small nuclear reactor on board to power the various instruments. These satellites were mostly of reconnaissance type meant to spy upon the US Navy’s vessels and submarines.

Because of space and weight constraints, the fuel was highly enriched to weapons-grade level so that the reactors were fast, efficient. Small and extremely powerful. The reactor was mounted inside a separate unit that could be jettisoned further up into space into a higher orbit once the satellite reached the end of its operational life. This way the dead satellite could safely re-enter earth’s atmosphere without the risk of radioactive contamination.

Cosmos 954 was launched by Russia on 18 September 1977 but within weeks of launch its orbit became erratic and the system which was intended to dispose the spent reactor core into a safe orbit wasn’t working.

The Soviets warned the US, which warned NATO, that the nuke was about to fall with radioactive nuclear U-235 and that there could be contamination.

On 24 January 1978  Cosmos 954 entered the Earth's atmosphere and broke up over Canada. Debris from the satellite fell along a 600-kilometer path from Great Slave Lake to Baker Lake, including portions of the Northwest Territories, Alberta, and Saskatchewan. The subsequent search and clean-up operation cost Canada nearly CA$14 million, while the US spent some USD 2.5 million. Canada later billed the Soviet Union CA$6 million, of which only half the amount was paid.

Search was unable to locate the all-important core and it was concluded that it had completely disintegrated.

It was considered that the contamination was of a leser degree and that exposure would be no higher than from an X-ray.

There have been 2 other instances of nukes falling, both from trhe Russians and both disintegrating and/or falling into oceans.

The following paragraph from the article linked below is of concern:

There is a possibility that such an event could occur again in future. There are many nuclear-powered satellites launched during the Cold War period that are still orbiting the earth. Although their orbits are high and currently stable, collision with space debris and meteorites could knock them out of their designated orbits and towards earth. 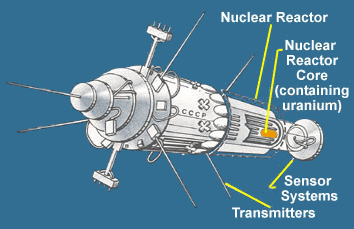 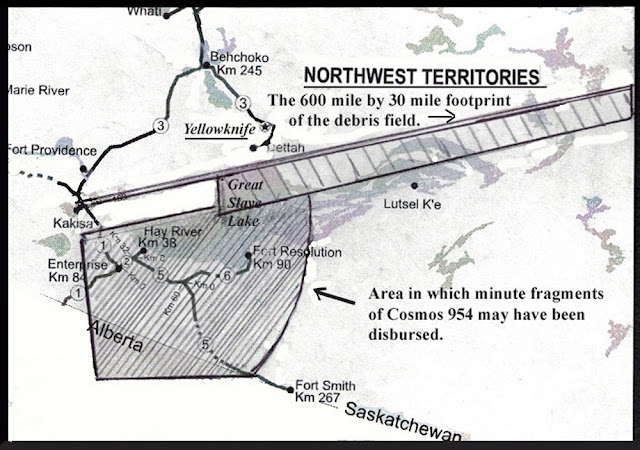 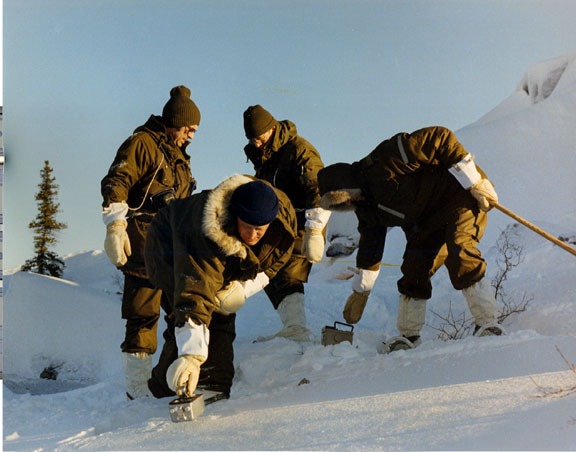 There is a Facebook site called “View From My Window” which asks people to post photos of views from their windows whilst they are socially isolating and stuck at home.  The link to the Facebook site is:
https://www.facebook.com/groups/viewfrommywindow/

Here are some of the pics showing the variety of worldwide views and emphasizing that despite differences, we are all still one, that we are in this together . . . 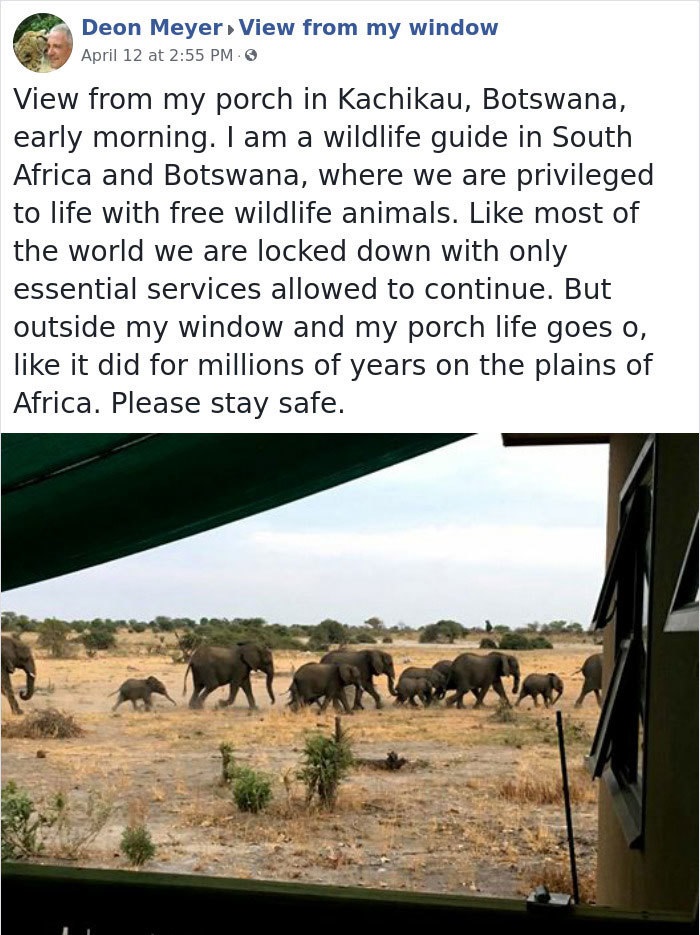 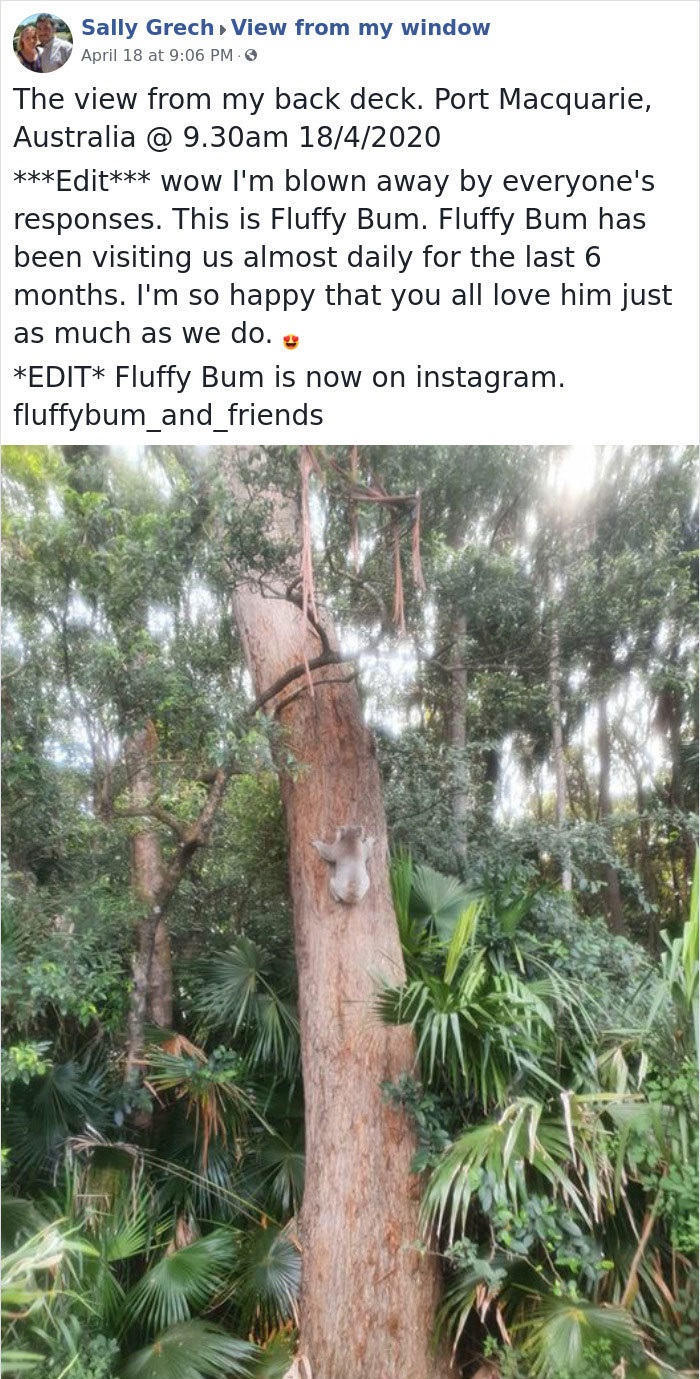 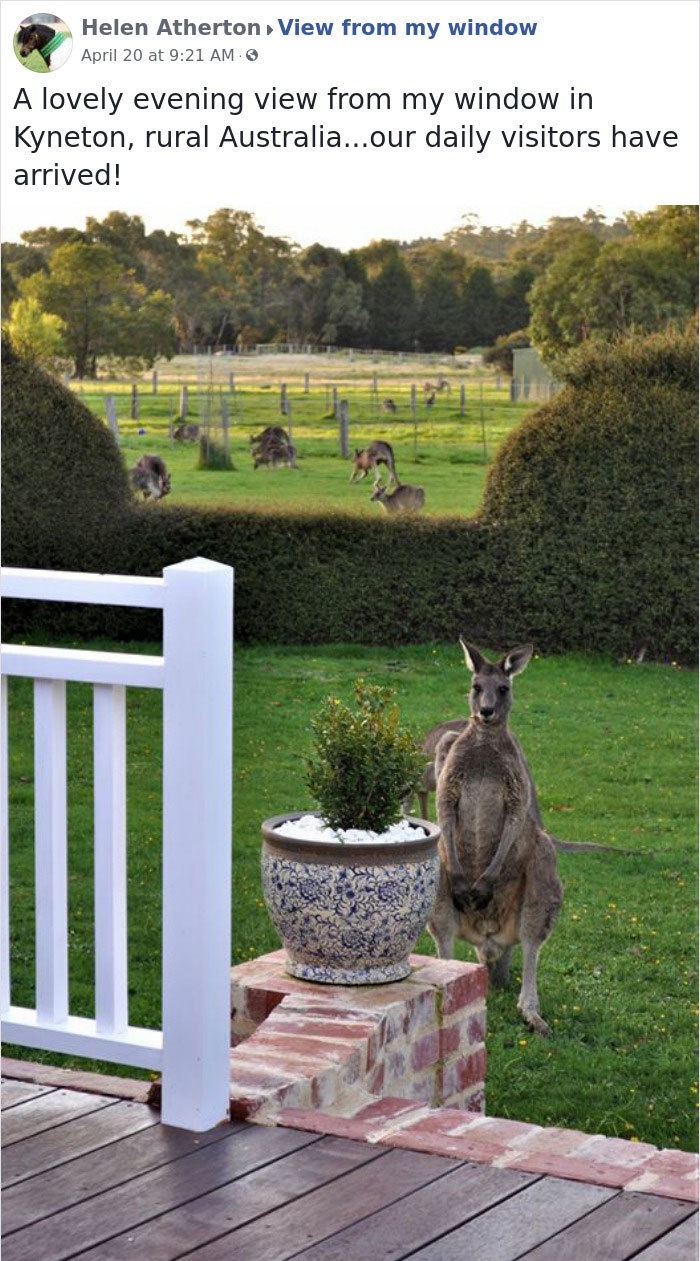 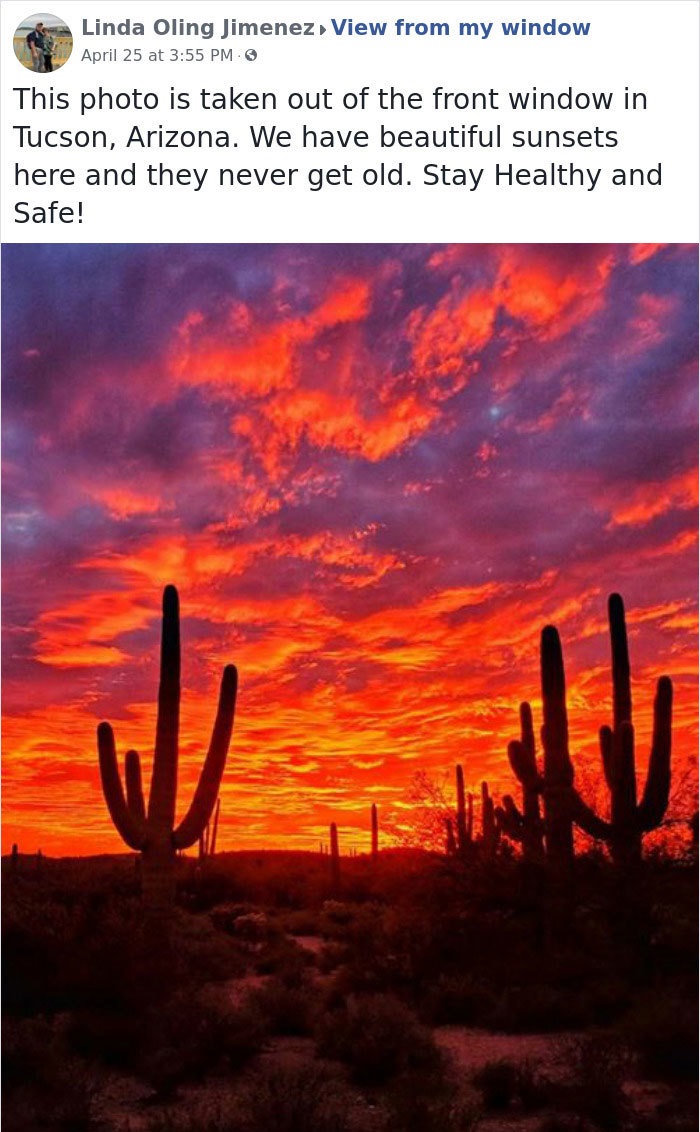 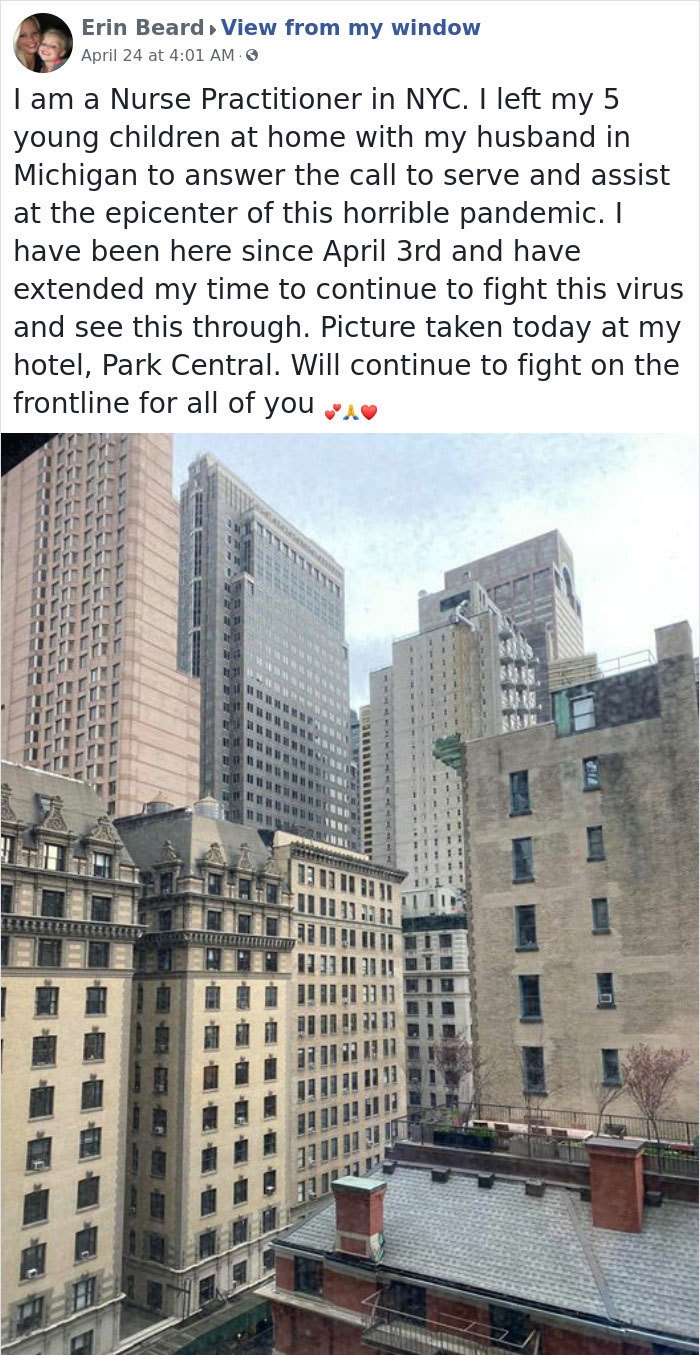 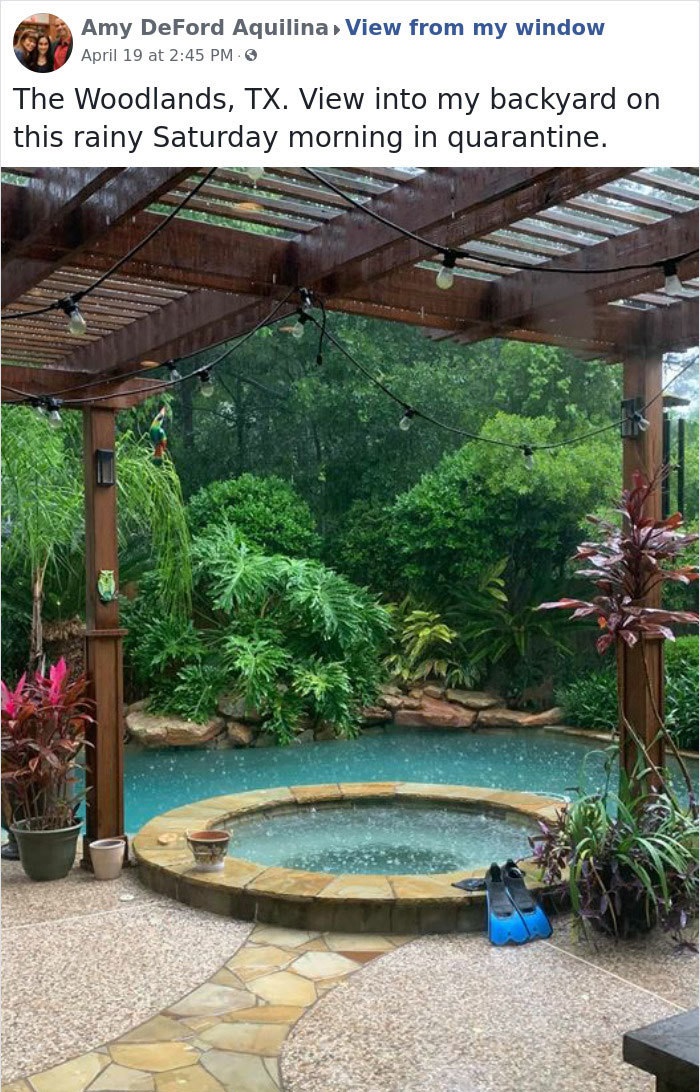 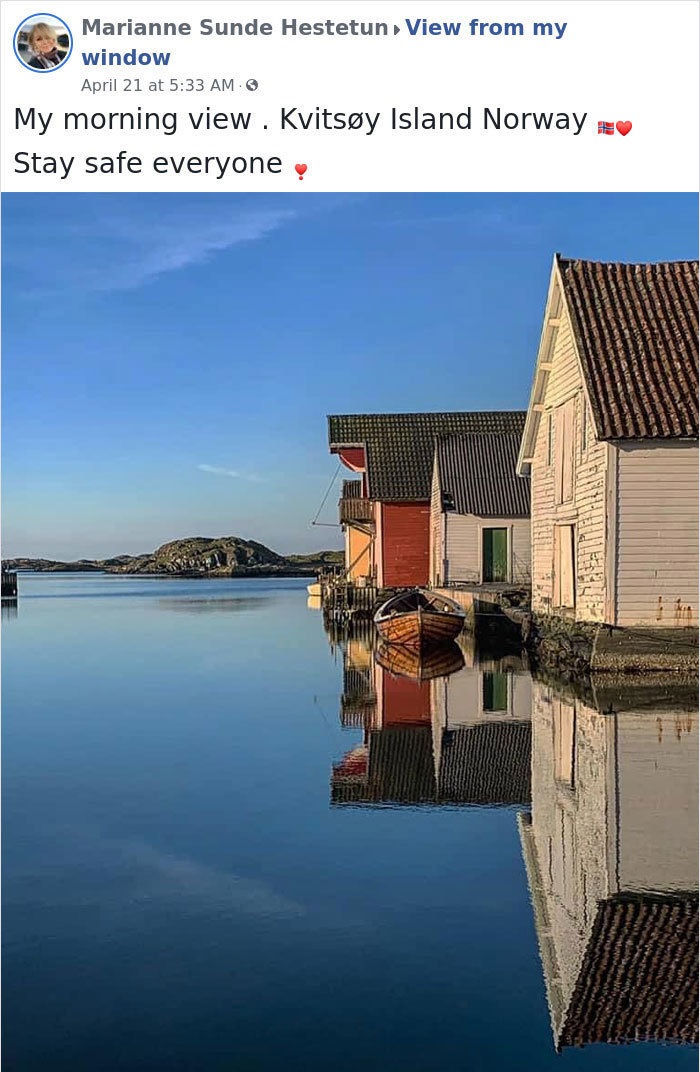 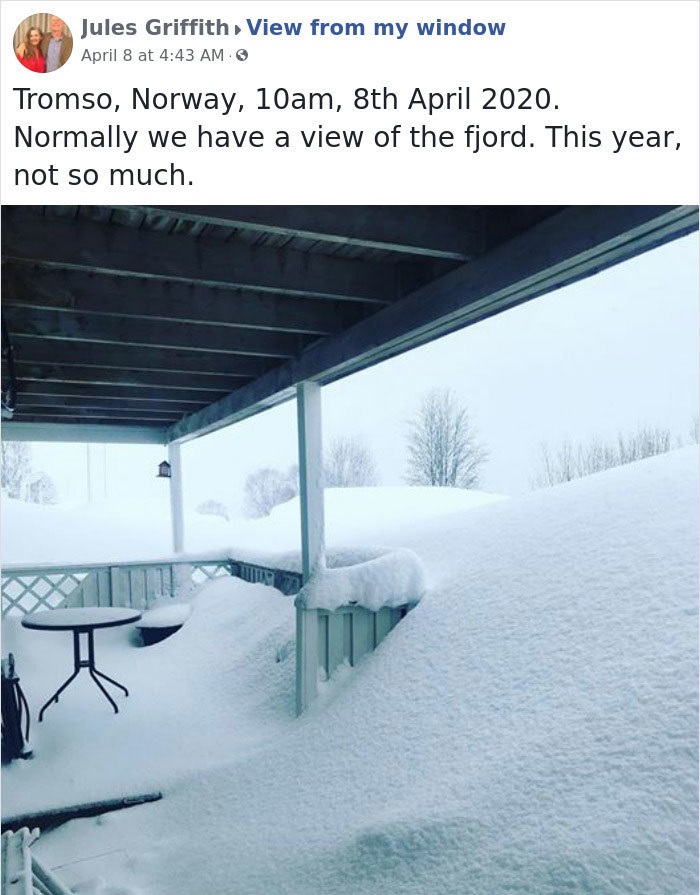 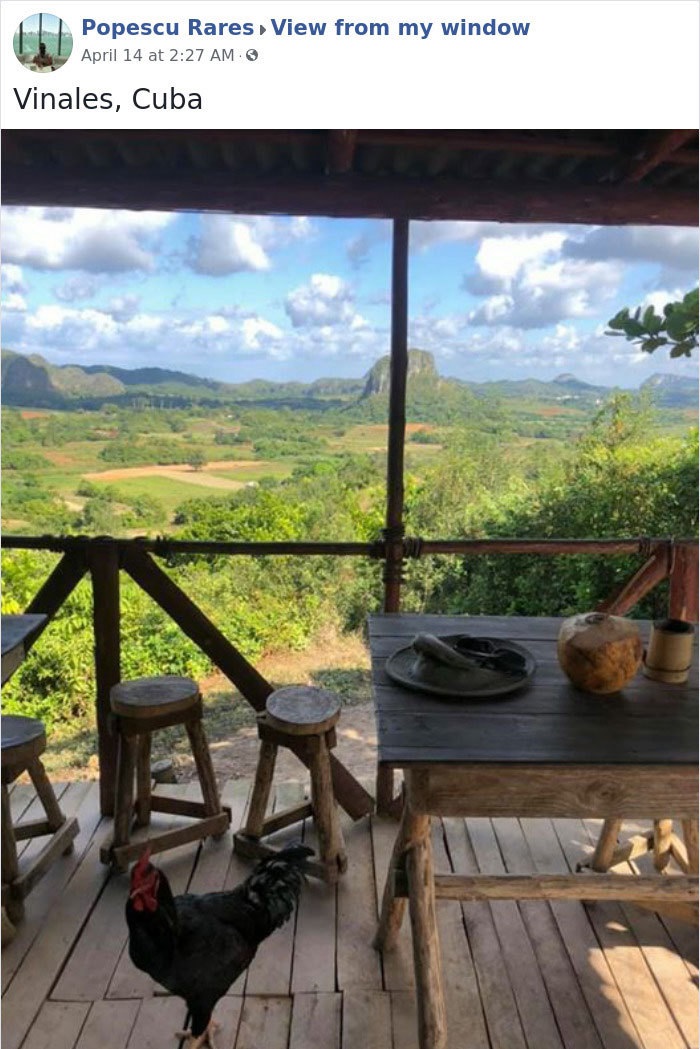 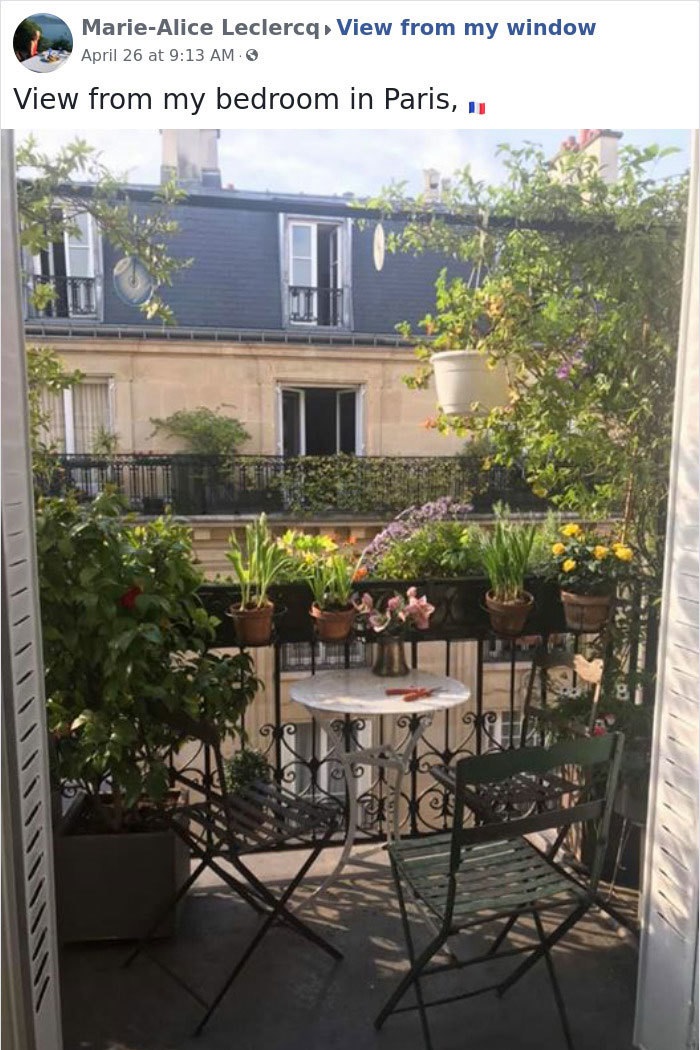 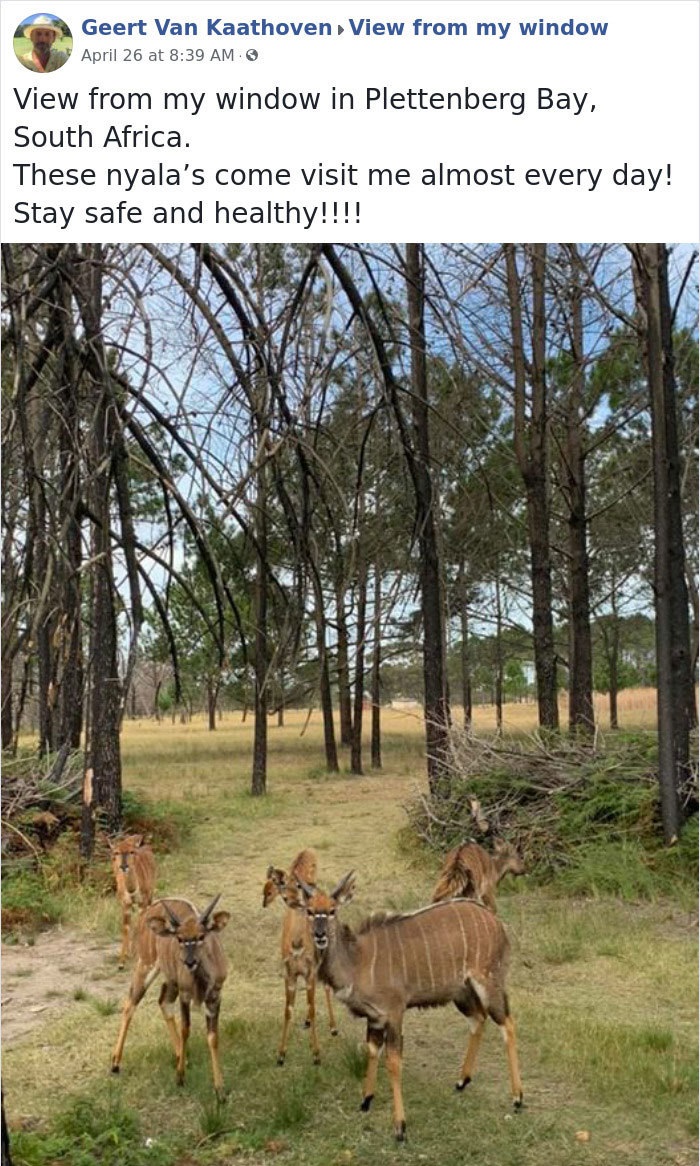 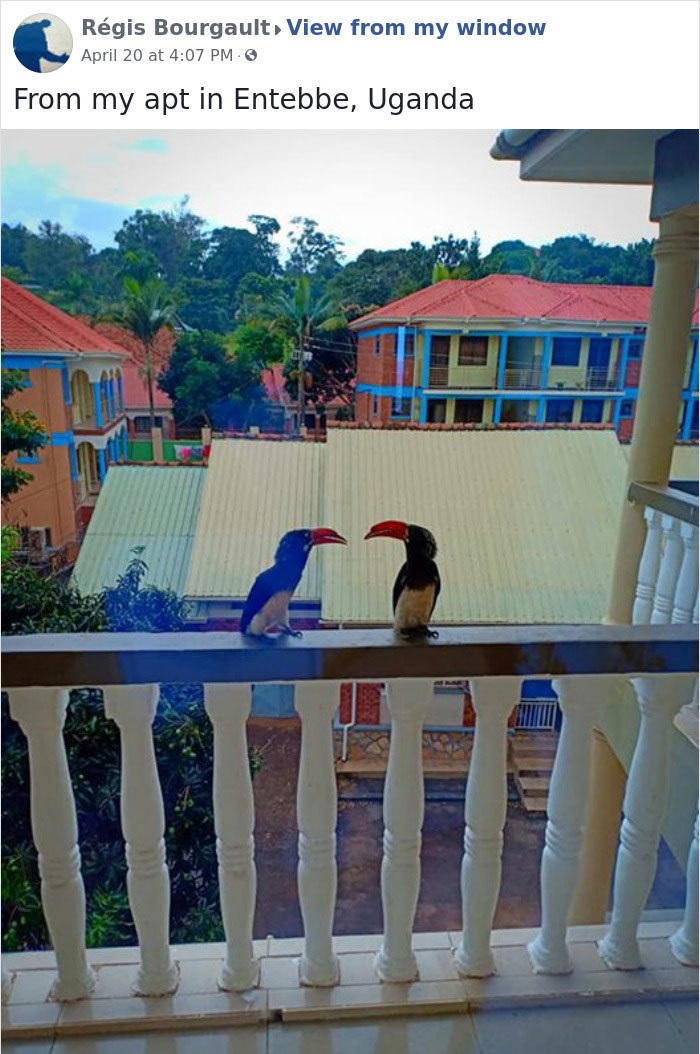 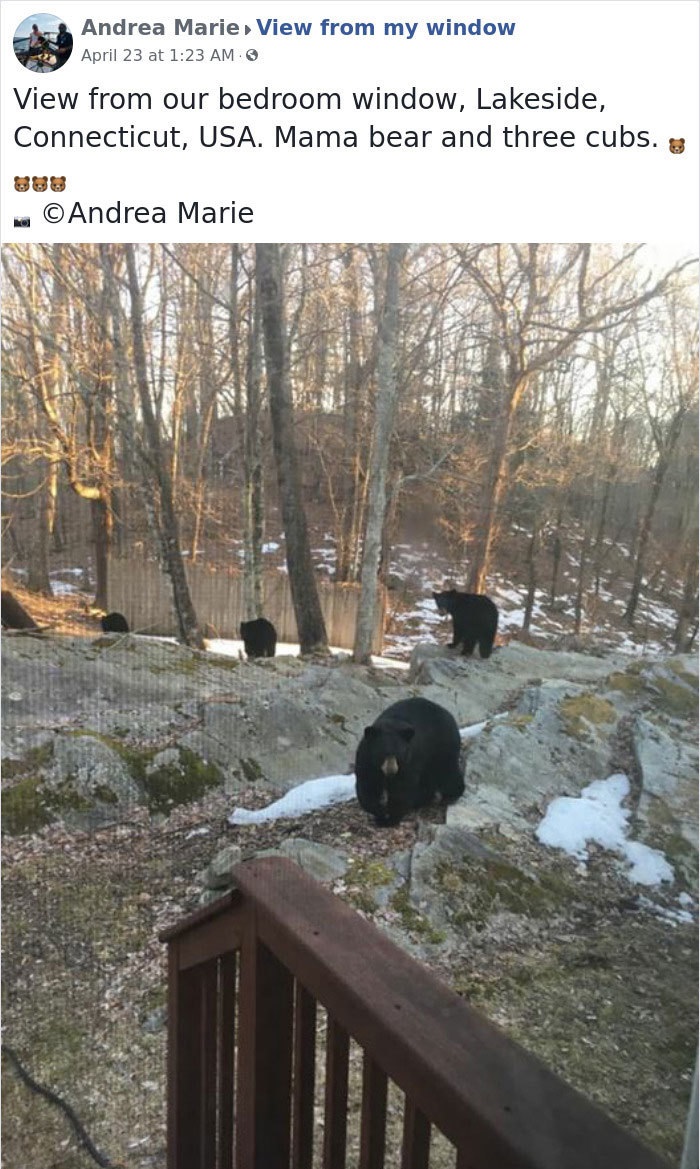 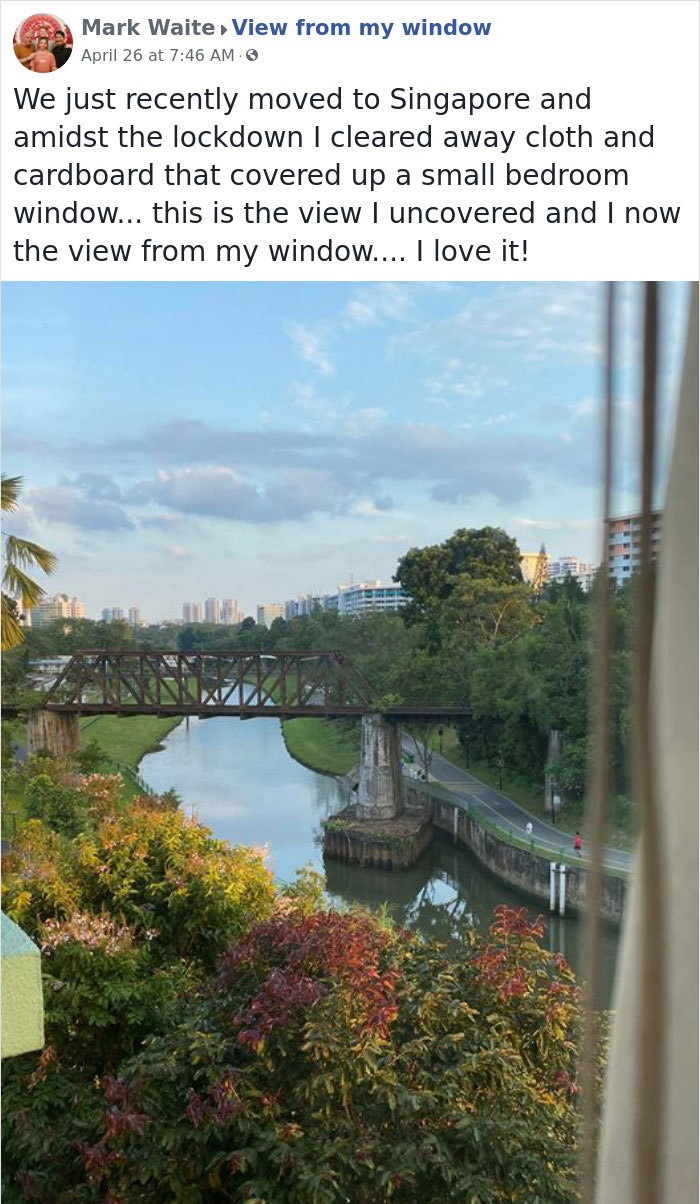 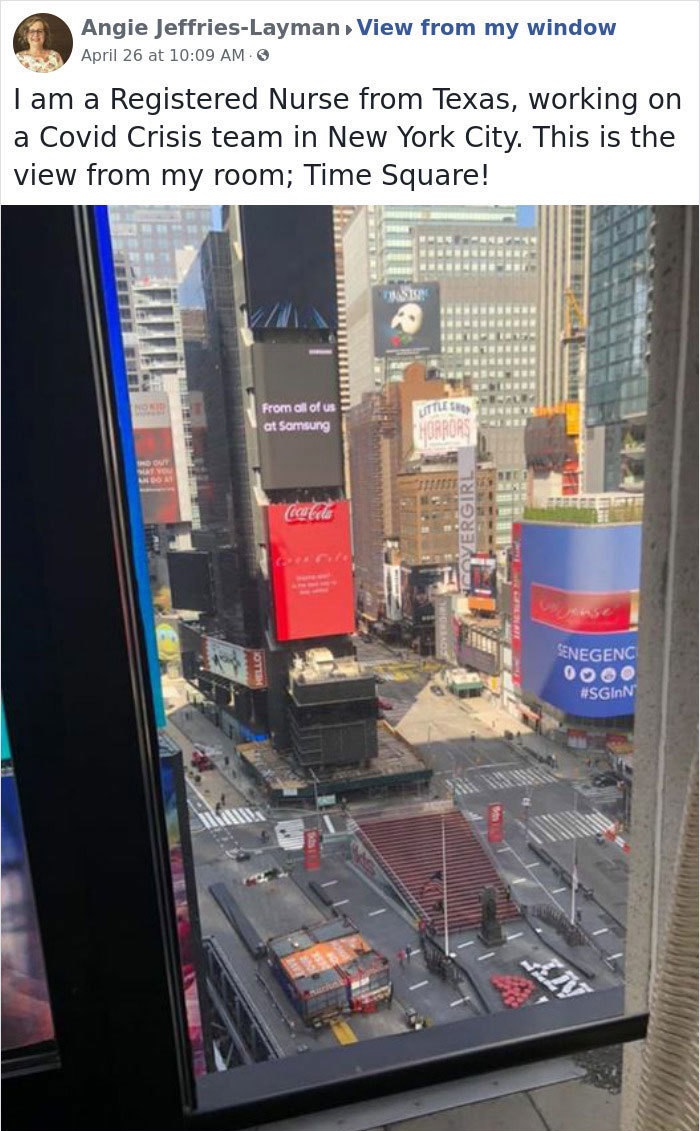 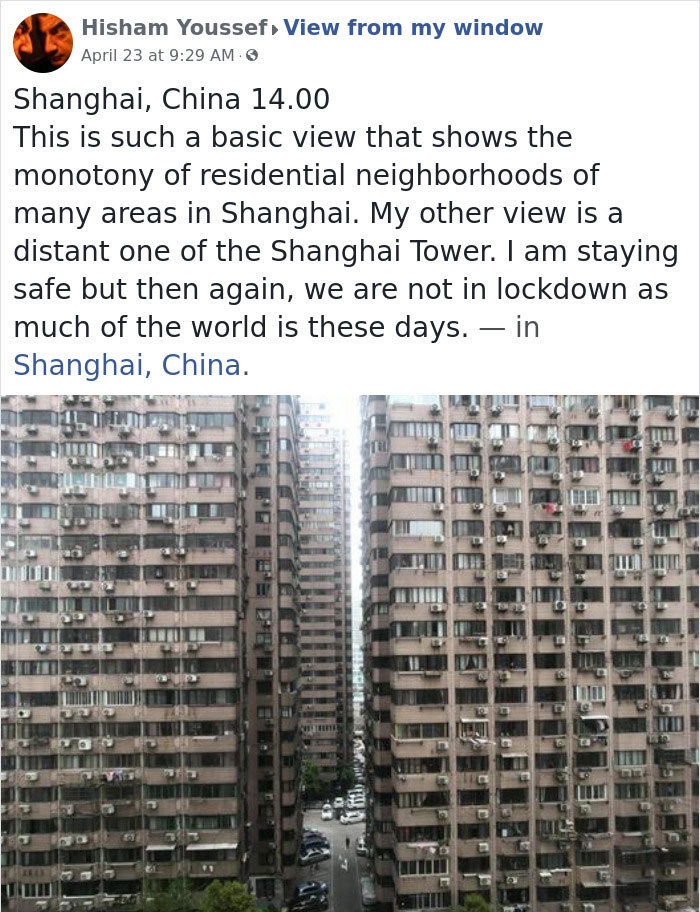