Nottinghamshire Police: Cops catch suspect after fart blows cover
UK cops managed to nab a wanted man who had been hiding in bushes when he loudly passed wind and gave himself away.

UK cops caught a suspect earlier this week after an ill-timed fart revealed his hiding place.

The bizarre incident occurred on Thursday in Harworth in England’s East Midlands as Nottinghamshire Police attended an address in Brookside Walk in connection with a warrant.

Officers ended up chasing one man into the woods in the dark – but another suspect was caught after police heard a noise “believed to be the sound of someone breaking wind from a nearby bush”, according to a statement.

One of the pursuing officers, PC Fenton, couldn’t resist cracking a joke at the suspect’s expense in a Facebook post by West Bassetlaw Police.

West Bassetlaw Police: Worksop, Blyth, Carlton-in-Lindrick and villagesMay 7 at 10:54 PM ·
Wanted man almost gone with the wind:A trump gave away a wanted man’s hiding place after a foot chase through some woods in the early hours of the morning.PC Fenton said: 'I was almost out of wind running but luckily the suspect still had some. I heard him letting rip and followed the noises to a bush'The male was wanted for two matters and was taken to Mansfield Custody.

The post received hundreds of likes, shares and comments with scores of residents also having some fun with the story.

“Police have a nose for these things,” one person cracked, while another added: “Better out than in”.

So what better theme for a Farting, I mean Funny, Friday . . .

Need I warn that there are risque items ahead?

I farted in the bus today and four people turned around..
I felt like I was on The Voice.

Me brother Seamus says that one out of every five people in the world is Chinese.  Well, there's five in our family... I know it's not me, it's not me mum, and it's not me dad. That leaves me two brothers: Seamus, and Xiaoping.I think it's Seamus.

That means I talk down to people.

But this has had no effect on Bob as he has continued merrily with his routine each morning.

Martha is totally fed up with this and then one Thanksgiving morning when she got up early to get things ready, she got an idea while preparing the turkey.

Before Bob got up, she crept upstairs and placed the turkey innards in his pajama bottoms, giggling to herself as she did so.

A little later that morning, Bob woke up and went through his usual morning ritual with glee.

Martha heard a scream as Bob jumped out of bed and ran into the bathroom.

She laughed to herself, but when Bob didn't reappear from the bathroom for a long time she started to get concerned.

So she ran upstairs and was just about to knock on the bathroom door, when Bob opened it and came out, pale as a ghost.

He said, "You were right, honey, you were right! I did fart my guts out, but by the grace of God and these two fingers I got them back up there again!"

What do you get when you cross an elephant with a rhino?

How do you determine the gender of an ant? You drop it in milk, and if it sinks, it's a girl ant. If it floats, buoyant.

This is also a repost, you can read the original version from the 1001 Arabian Nights at:
http://bytesdaily.blogspot.com/2019/10/more-farting-by-graham.html

My reason for posting it is so that I can follow it with an alternative version:

In a small Egyptian village one Mohamad El Caribe sits down one night to a large plate of ful, the dish made of fava beans. The next day when he is at his stall in the marketplace he feels an urge to pass gas but he stifles it. The more he suppresses the urge, the more the pressure builds until, eventually, the pressure is released. The noise is so loud and so sustained that everyone stops, all activity ceases as the trumpet continues sounding. At end not a word is spoken. Instead stunned people in the marketplace stare at Mohamad. He slinks away to his humble residence, ashamed and humiliated. That night, under cover of darkness, he steals away and becomes a desert nomad.

As he grows old he would like again to see the place of his birth and childhood for one last time. He reasons that after this time everyone will have forgotten him and what he did.

Eventually he makes it back to the village and enters the marketplace where he finds that a large supermarket has replaced the stallholders. He stops someone and asks when the supermarket had been built. The man does some calculations in his head and replies “I will tell you. It was twenty years, 2 months and 11 days from when Mohamad El Caribe farted in the marketplace.”

Here is the alternative version . . .

Dr. Epstein, a world- renowned physician, was invited back to his hometown to give a public lecture. On the evening of the talk, the auditorium was packed with friends, acquaintances, and people who were proud of their native son. He walked onto the stage in the big auditorium and placed his papers on the lectern, but they slid off and hit the floor. As he bent over to retrieve them, he inadvertently farted. Because his rear end was so close to the microphone, the amplified sound reverberated throughout the entire building.

The doctor was mortified, but somehow kept his composure long enough to deliver his speech. When he was done, he raced out the stage door, vowing never to set foot in his hometown again. Decades later, he returned to visit his elderly mother, who was very ill. He arrived under cover of darkness and checked into his hotel under the name Levy.

“Is this your first visit to our town, Mr. Levy?” asked the hotel clerk.

“No, young man” replied Dr. Epstein. “I grew up here. I moved away a long time ago, though”

“And you never visit?” the clerk inquired.

“Well, actually I did visit once, but I had a very embarrassing experience and I didn’t feel I could come back and face the people here”.

“Mr. Levy” offered the clerk, “far be it for me to give advice to such a distinguished gentleman as yourself, but one thing I’ve learned in my young life is that often what seems embarrassing to me isn’t even noticed by others. And that’s probably the case with your incident too”.

“Thank you, but I doubt that’s true of my incident” replied Dr. Epstein.

“Oh,” said the clerk. “Was it before or after the Epstein Fart?”

A lady walks into a BMW dealership. She browses around, spots the top-of-the-line Beemer and walks over to inspect it. As she bends over to feel the fine leather upholstery, she inadvertently breaks Wind. Very embarrassed, she looks around nervously to see if anyone has noticed her little accident and prays that a sales person doesn't pop up right now.

As she turns around, her worst nightmare materializes in the form of a salesman standing right behind her.

Cool as a cucumber and displaying complete professionalism, the salesman greets the lady With, "Good day, Madame. How may we help you today?"

Very uncomfortably, but hoping that the salesman may just not have been there at the time of her accident, she asks, "Sir, what is the price of this lovely vehicle?"

He answers, "Madam, if you farted just touching it, you are going to shit yourself when I tell you the price."

On the subject of farts - one last item;
They've got to come out, so why fight'em?
You can blast them out loudly,
And boast of them proudly,
Or if you're so inclined, you can light'em! 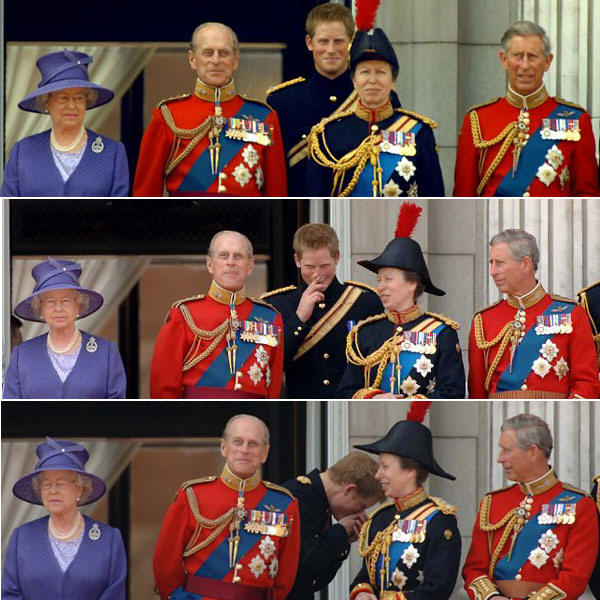 Okay, who dropped one? My money's on the Duke. 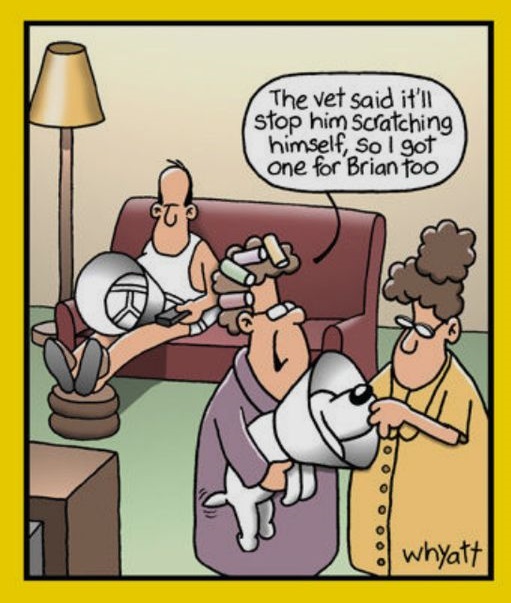 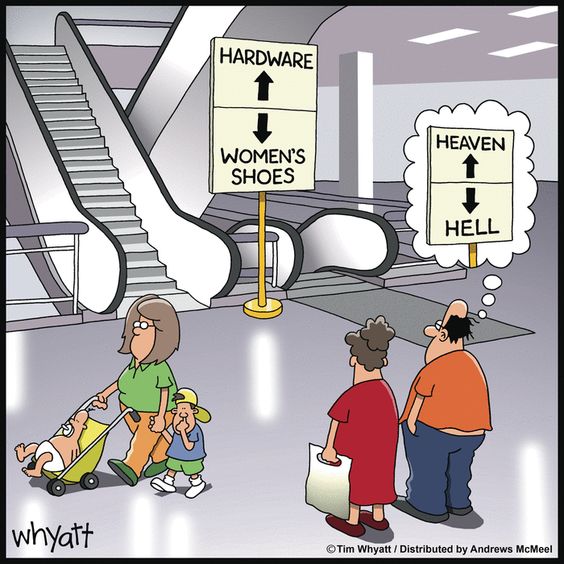 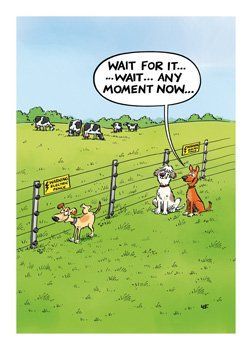 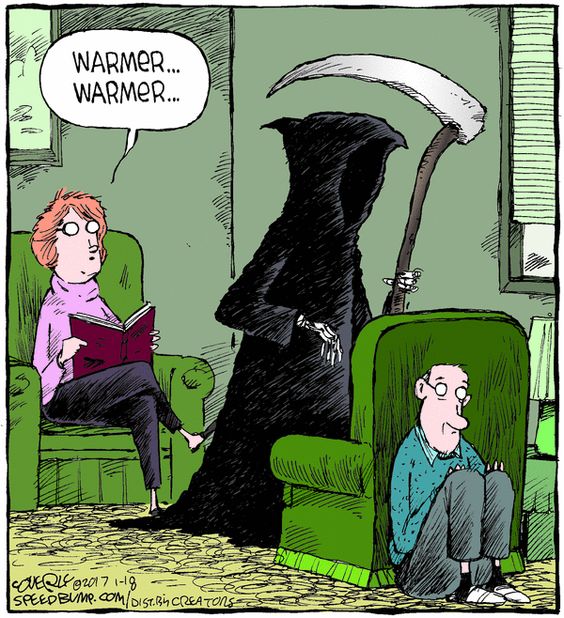 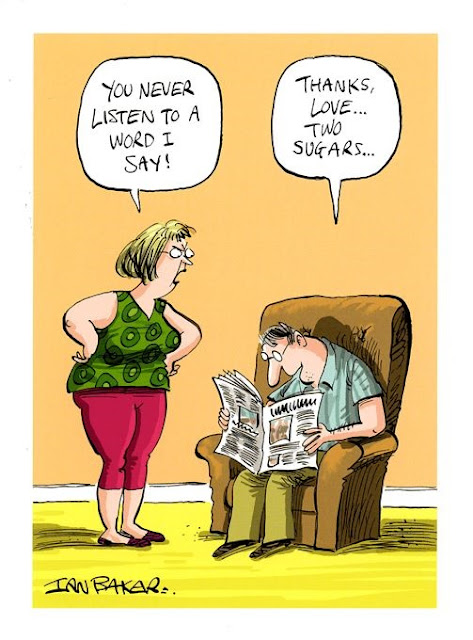 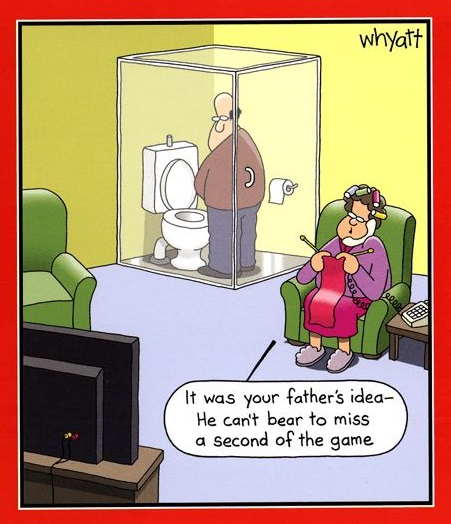 A boy comes home and says to his parents "Mom, Dad, the teacher asked a question today and I was the only kid in the class that knew the answer!" And the parents say "That's amazing son! What was the question?" And the boy says "Who farted?"

I’ve asked so many people what LGBTIQ stands for.

So far no one has given me a straight answer

This one is from my farter-in-law, I mean father-in-law, Noel, who is a true afficionado and exponent par excellence of the fart joke . . . you keep letting them rip, Nelly . . .

So Stan has a problem. Every time he farts, instead of the typical PHHBBBBTTTTT noise, it goes "Honda!"

While this didn't really bother him in and of itself, he was alarmed that there might be something wrong with him.

He visits doctor after doctor trying to find an explanation, but has no luck. All the doctors are completely baffled.

Eventually he finds his way to the far east and visits an old Japanese doctor. He explains the problem and the doctor nods knowingly.

"You have abscess" says the doctor.

My brother and I laugh at how competitive we were as kids.

But I laugh more.

Posted by BytesMaster at 6:46 AM