I had quite forgotten that back in November 2017 I had started an intended series on Australian folk songs, which I commenced with Waltzing Matilda.  Read (and listen to) that one at:
http://bytesdaily.blogspot.com/2017/11/australian-folk-songs-part-1.html

I was humming and singing an Australian folk song (“Bluey Brink”) to myself a couple of days ago and it struck me that many overseas people, as well as a lot of the younger generations, wouldn’t understand many of the terms and references. This post therefore starts a continuing series of a look at Oz folk songs, starting with the most widely known and often regarded as Australia’s unofficial national anthem . . .

So what better song for Part 2 than Bluey Brink.

Here are some performances:

The first is by noted Oz folksinger Gary Shearston: 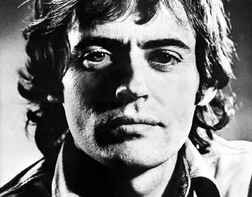 Gary Shearston (1939 – 2013) was a leading figure of the folk music revival of the 1960s and was notable as a performer of Australian traditional folk songs in an authentic style. Less known is that he became an Anglican priest in 1992.  He died of a stroke in 2013 aged 74. 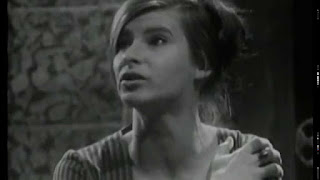 By Terry SoRelle from the US: 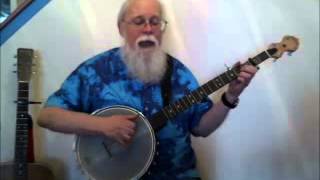 Lyrics vary slightly from singer to singer, here are the lyrics I know best:

There once was a shearer by name Bluey Brink,
A devil for work and a terror for drink.
He could shear a full hundred each day without fear,
And could drink without winking, four gallons of beer.

Now Jimmy the barman who served out the drink
He hated the sight of this here Bluey Brink,
Who stayed much too late and who came much too soon
At morning, at evening, at night and at noon.

One day, as Jimmy was cleaning the bar,
With sulphuric acid he kept in a jar,
Along comes old Bluey a bawling with thirst,
Saying, “Whatever you've got Jim, just give me the first.”

Now, it ain’t down in history and it ain’t down in print,
But Bluey drank acid with never a wink
Saying, “That's the stuff Jimmy, why strike me stone dead,
This'll make me the ringer of Stephenson's shed.”

All through that long day as he served up the beer,
Poor Jimmy was sick with his trouble and fear.
Too anxious to argue, too worried to fight,
Seeing that shearer a corpse in the night.

But early next morning when he opened the door,
There was old Bluey a-yelling for more.
With his eyebrows all singed and his whiskers deranged,
And holes in his hide, like a dog with the mange.

Says Jimmy, “And how did you find the new stuff?”
Says Bluey, “It's fine but I ain’t had enough.
It gives me great courage to shear and to fight
But why does that stuff set me whiskers alight?

I thought I knew grog, but I must have been wrong,
The stuff that you gave me was proper and strong.
It set me to coughin’, and you know I'm no liar
But every damn cough set me whiskers on fire.”

An Australian nickname for anyone with red hair.

From Richard Branson’s 2012 autobiography Like A Virgin: Secrets They Won’t Teach You at Business School:

In the 1850s, a large influx of immigrants arrived in Australia, hoping to make their fortunes in the gold fields. The Irish, many of whom were redheads, soon gained a reputation as hard drinkers and fighters. A fight, in local slang, was a 'blue'. When a redheaded Irishman passed by, people would say, 'There goes a blue', and to this day, Australians often give their redheaded friends the nickname 'Bluey' while 'blue' is the general equivalent to 'pal', 'mate' or 'buddy'.In 2000, when we were preparing to launch the airline in Australia, an Australian chef on Necker said to me 'Why not call it Virgin Blue?'. He suggested that Aussies would connect our upstart nature and the traditional red logo with the name Virgin Blue. To highlight the play on words, we painted the planes a bold red.

The fastest and cleanest shearer in the shearing shed. It comes from the older English dialect word meaning something outstanding or superlative.

On a different note, ringer is a term also used to denote a lookalike, which reminds me of the following:

A church's bell ringer passed away. The church posted the job opening in the local newspaper's classified ads and a man came in with no arms wanting the job. The clergy weren't sure he could do it, but he convinced them to let him try it. They climbed the bell tower and the guy ran toward the bell and hit it with his head, producing a beautiful melody. They gave him the job on the spot. The next day he went to ring the bell, tripped, bounced off the bell and fell to the sidewalk below. Two priests were walking past. One asked, "Do you know this guy?" The other responded, "No, but his face rings a bell."
The next day, the dead man's twin brother came in for the again vacant bell ringer position. He also had no arms. The clergy led him up to the bell tower, where he ran at the bell, tripped and fell to the sidewalk below. The same two priests walked up. The first asked, "Do you know him?" The second responded, "No, but he's a dead ringer for his brother."

A drink of rum and water which British Vice admiral Edward Vernon introduced into the naval squadron he commanded in the West Indies in 1740. Vernon wore a coat of grogram cloth and was nicknamed Old Grogram or Old Grog.

Posted by BytesMaster at 2:38 AM