Continuing a brief look at the events and persons listed in Billy Joel’s “We Didn’t Start the Fire”.

Juan Perón (1895 – 1974) was an Argentine Army general and politician. After serving in several government positions, including Minister of Labor and Vice President, he was elected President of Argentina three times, serving from June 1946 to September 1955, when he was overthrown in a coup d'état, and then from October 1973 until his death in July 1974.

During his first presidential term (1946–52), Perón was supported by his second wife, Eva Duarte ("Evita", as in Don’t Cry For Me, Argentina). 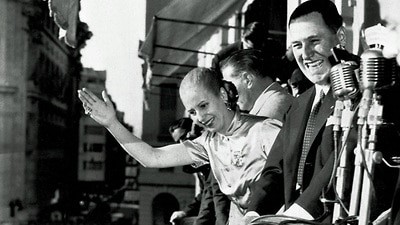 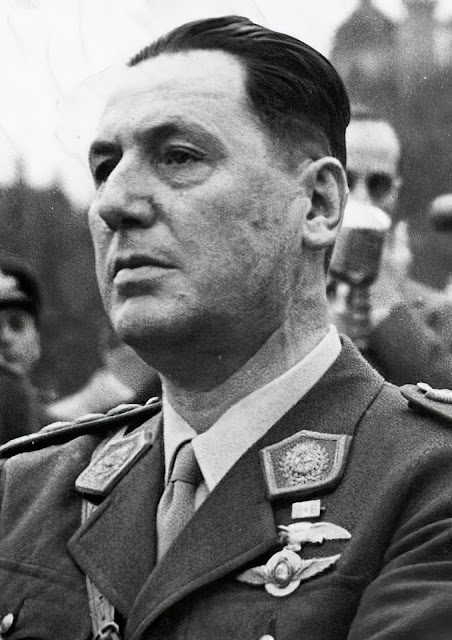 They were immensely popular among the Argentine working class. Eva died in 1952, and Perón was elected to a second term, serving from 1952 until 1955.

During the following period of two military dictatorships, interrupted by two civilian governments, the Peronist party was outlawed and Perón was exiled. When the left-wing Peronist Héctor José Cámpora was elected President in 1973, Perón returned to Argentina and was soon after elected President for a third time. His third wife, María Estela Martínez, known as Isabel Perón, was elected as Vice President on his ticket and succeeded him as President upon his death in 1974.

Protests from the Catholic Church (Peron had announced that he intended to legalise divorce and prostitution) and unrest among armed forces in 1954-55 led to a coup in Argentina in 1955. AS an example of military hostility towards Peron, on 16 June 1955 there was a rally of support for Peron but Argentine citizens  on the Plaza de Mayo.  However, as he spoke before a crowd of thousands, Navy fighter jets flew overhead and dropped bombs into the crowded square below before seeking refuge in Uruguay. The incident, part of a coup attempt against Perón, killed 364 people. 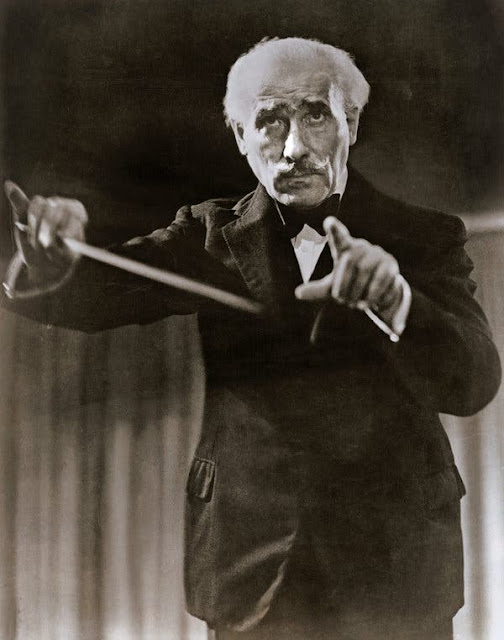 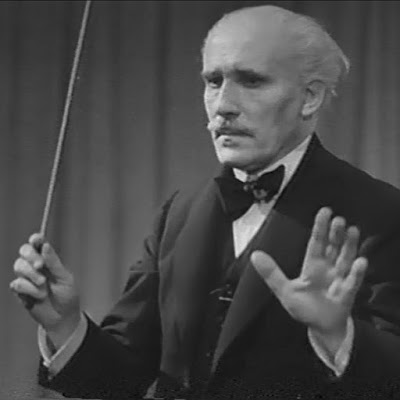 Arthur Toscanini (1867-1957) was an Italian conductor, one of the most acclaimed musicians of the late 19th and of the 20th century.  He was renowned for his intensity, his perfectionism, his ear for orchestral detail and sonority, and his memory. At various times he was the music director of La Scala in Milan and the New York Philharmonic, later in his career being appointed the first music director of the NBC Symphony Orchestra (1937–54).  This led to his becoming a household name (especially in the United States) through his radio and television broadcasts and many operatic and symphonic recordings.

On April 4, 1954, Toscanini suffered a memory lapse while conducting a radio broadcast of the NBC Symphony at Carnegie Hall in New York. This was the last time he conducted live in public. He retired in 1954 and died in 1957, aged 89, the cause of death being a stroke.

Toscanini conducted the world premieres of many operas, four of which have become part of the standard operatic repertoire: Pagliacci, La bohème, La fanciulla del West and Turandot.

The last one mentioned, Turandot, was unfinished at the time of Puccini's death in 1924, and was completed by Franco Alfano in 1926. The first performance was held at the Teatro alla Scala in Milan on 25 April 1926, conducted by Toscanini. This performance included only Puccini's music and not Alfano's additions.  At the point where Puccini left off writing the finale of the unfinished opera, the music ceased, Toscanini said to the audience "Here Death triumphed over art" and then  left the opera pit.  The lights went up and the audience left in silence.

Dacron:
Dacron is a trade name for an early artificial fibre made from the same plastic as polyester.

Released in 1954, it was hailed as a new wonder fabric, being advertised as a non-iron, drip dry material. It is also used for artificial arteries to this day. 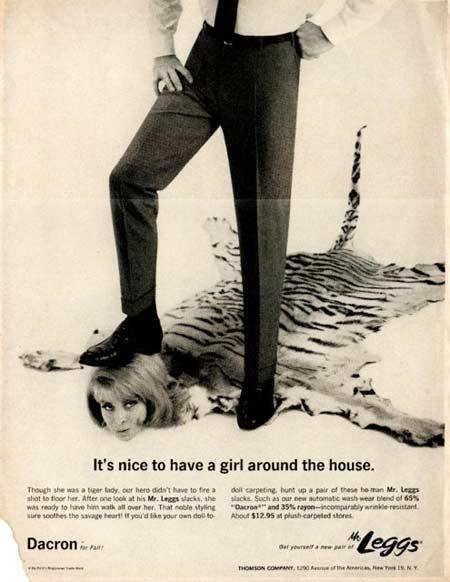 Dacron may have been seen as the wonder fibre in the 1950s, to be revered and respected, but women weren’t seen the same way, as this advertising shows. 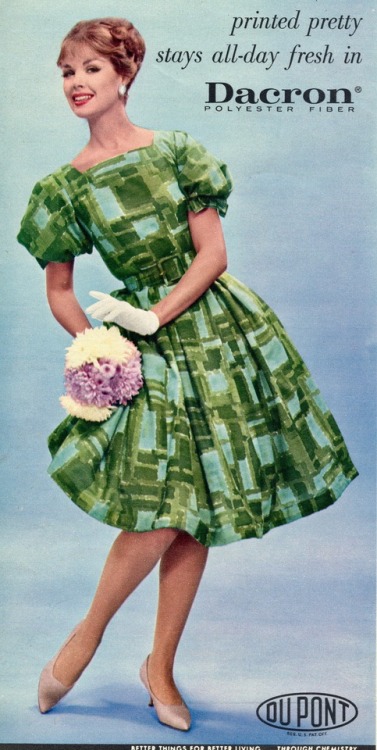 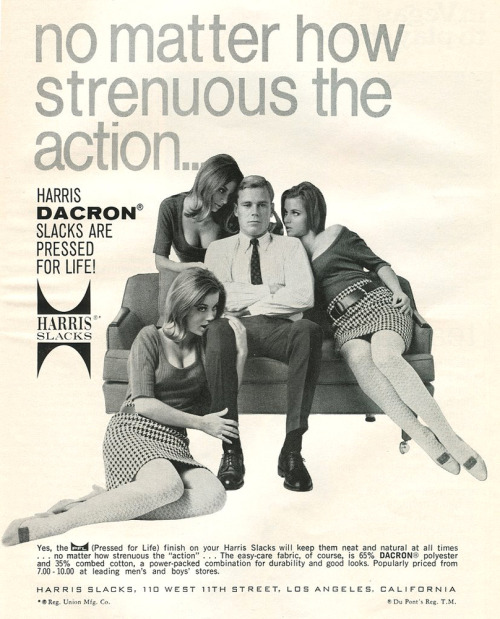 The French were defeated in 1954 at the battle of Dien Bien Phu, a village in Viet Nam at which the French had an airbase. This resulted in the loss of Indo-China by the French in what is called the First Indochina War.   It also resulted in the 1954 Geneva Accord which split Viet Nam.

Dien Bien Phu was a serious defeat for the French and was the decisive battle of the Indochina war.  Public opinion in France registered shock that a guerilla army had defeated a major European power.

The Geneva Conference opened on 8 May 1954, the day after the surrender of the garrison. The resulting agreement partitioned Vietnam into two zones: communist North Vietnam and the State of Vietnam, which opposed the agreement, to the south. The partition was supposed to be temporary, and the two zones were meant to be reunited through national elections in 1956, which were never held. The last French forces withdrew from Vietnam in 1956. 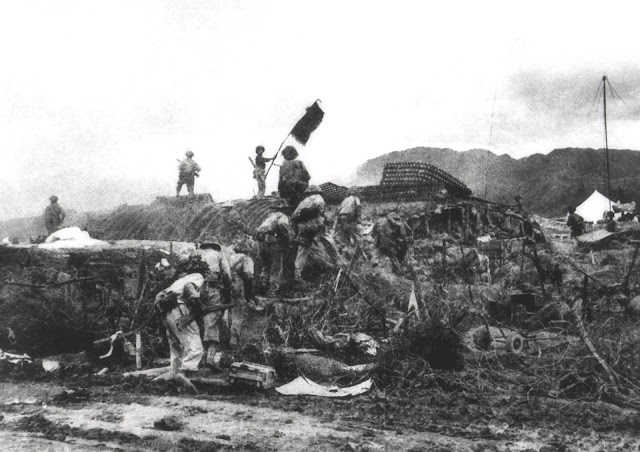 Picture taken on the 07 May 1954 showing a Vietnamese soldier waving a flag atop a French base as others assault the area at the Dien Bien Phu battlefield. 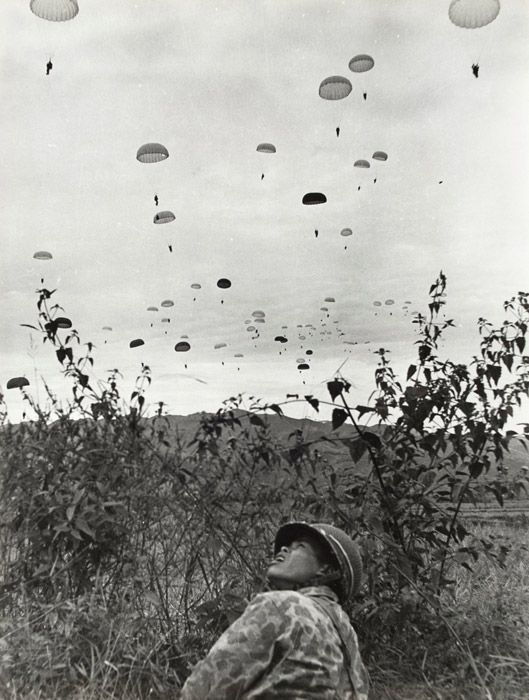 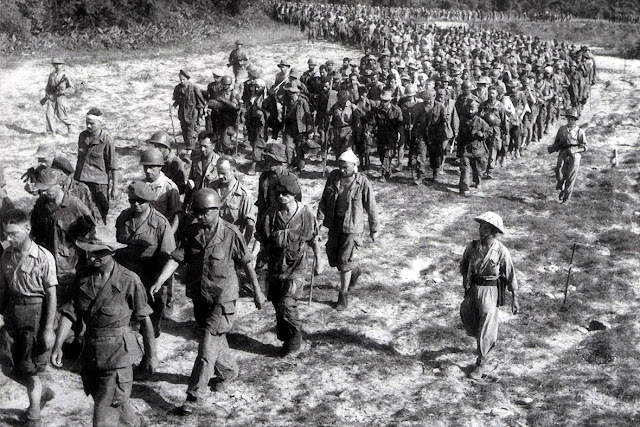 “Rock Around the Clock”: 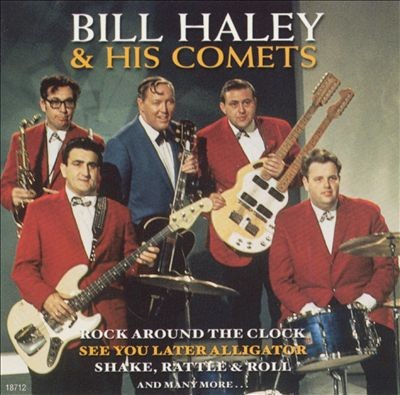 Bill Haley and the Comets released Rock Around The Clock in 1954 to only minor success.

It reached No 1 after being released again when included in the film The Blackboard Jungle.

It was not the first rock and roll record, nor was it the first successful record of the genre.  Haley's recording nevertheless became an anthem for rebellious 1950s youth and is widely considered to be the song that, more than any other, brought rock and roll into mainstream culture around the world.

See Bill Haley and the Comets perform the number by clicking on:
https://www.youtube.com/watch?v=ZgdufzXvjqw

The term "Rock 'n' Roll" was a relatively new way of describing music when this came out. A lot of early "Rock" was based on the blues, and was far too racy for most white listeners. Many white singers made careers out of sanitising R&B records for pop appeal, but Haley added a country/swing element to his covers that kept a lot of the edge. When Elvis came along, he did the same thing, transforming R&B songs like "Hound Dog" without sucking the life out of them.

Many listeners had never heard of "rock and roll" when this was released, so the record company had a hard time describing the song. The label on the single called it a "Novelty Foxtrot."

This was the original opening theme song for the TV show Happy Days. The song was re-released in 1974 to capitalise on its new popularity, and charted at #39 in the US. In 1976 the theme was  changed to "Happy Days."

Haley was never able to duplicate the massive success of "Rock Around The Clock," but he did have a few more hits in the '50s, including "See You Later Alligator" and "The Saints Rock 'N Roll." Haley is a key figure in the evolution of rock music, helping transform the sound out of country music, but he couldn't sustain his early success. Elvis stole his thunder, and Haley recorded many substandard songs because he wanted to cut tracks owned by his publishing company. He remained somewhat popular overseas, but lawsuits and financial problems took their toll on the singer, and he died in 1981 at age 55.

Bill Haley and His Comets were inducted into the Rock and Roll Hall of Fame in 1987.

Posted by BytesMaster at 4:24 AM