God in the Quad and Falling Trees

There was a young man who said "God
Must find it exceedingly odd
To see that this tree
Still continues to be
When there's no-one about in the quad".

Dear Sir, Your astonishment's odd;
I am always about in the quad;
And that's why the tree
Still continues to be
Since observed by, Yours faithfully, God.

No, you aren't confused and neither am I, it's not Funny Friday. The limericks are both the subject of, and introduction to, today's post.

The above limericks are comments upon the views of George Berkeley (1685-1753), aka Bishop Berkeley, a philosopher who espoused a theory he called “immaterialism”. 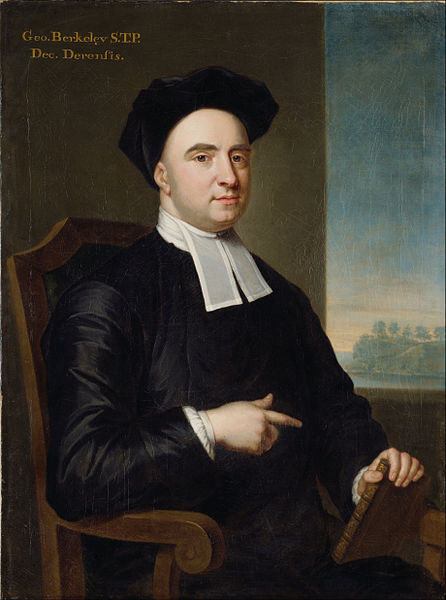 Berkeley's theory, which sounds like something out of The Matrix, argues that physical things do not really exist except as ideas, until they are perceived by the senses of people perceiving those physical things. His expression “to be is to be perceived” summed it up. Hence as you sit at your computer at your desk at home, you see the images on the screen, you feel the keyboard keys, you hear the sound of the keys and the sounds from the speakers. If you are at work, how do you know that the computer on your desk at home still exists? It exists in your mind and memory, but that does not equate to existence in fact. You believe it still exists but you don't know that it does. To validate existence of material objects we need to use our senses.

Okay, I can dig that, I hear you say, the computer may have been destroyed in a fire and no longer exist. But Berkeley takes it further. He is not saying that existence is dependent on existence, he says that when not perceived, an object ceases existence. WTF??? He says that things keep going from existing to not existing and then existing again?? Well, yes, but he has a Catch 22 to cover that: things exist only when perceived, but there is a perceiver even when no people are there, namely the Infinite Perceiver, God, who perceives everything from an infinite perspective. Hence your lap top at home still exists when you go to work because it is observed by God.

What if you don't believe in God but accept Berkeley's hypothesis? Well, then you have a problem, a bit like the buttered cat paradox, see:
http://bytesdaily.blogspot.com.au/2010/08/laws-and-principles-buttered-cat.html

Berkeley's ideas were summed up by Ronald Knox (1888-1957) in the above spoof limericks. An English priest and theologian, Knox was also a writer and a regular broadcaster for BBC Radio. It has been suggested that the first limerick was by an undergraduate of Balliol College at Oxford and that the response was by Ronald Knox; more commonly it is thought that Knox wrote both. 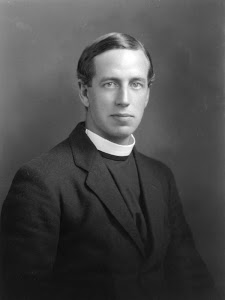 In January 1926, for one of his regular BBC Radio programs, Knox broadcast a pretended live report of revolution sweeping across London, entitled Broadcasting from the Barricades. In addition to live reports of persons, including a government minister being lynched, his broadcast cleverly mixed supposed band music from the Savoy Hotel with the hotel's purported destruction by trench mortars. The Houses of Parliament and the clock tower were also said to have been flattened.

Because the broadcast occurred on a snowy weekend, much of the United Kingdom was unable to get the newspapers until days later - the lack of newspapers caused a minor panic, as it was believed that this was caused by the events in London.

A 2005 BBC report on the broadcast suggests that the innovative style of Knox's program may have influenced Orson Welles’ radio broadcast War of the Worlds broadcast in 1938 and foreshadowed it in its consequences. Welles presented the broadcast, news reports of a Martian invasion, in increasingly intense and descriptive news interruptions to regular programming, causing many to believe in the truth of the invasion. It resulted in public panic crowded roads as people sought to flee but reports of suicides have been found to be untrue.

In a related philosophical concept to Berkeley’s God in the Quad is the question “If a tree falls in the forest and no one is around to hear it, does it make a sound?” This raises issues similar to those put forward by Berkeley as to unobserved reality and unperceived existence. One view says that sound is audible noise and that the tree will make a sound even if no one is there to hear it. The other view is that the unobserved event is identical to an event which did not occur at all.

I will not go into a further discussion about the topic or about Zen philosophy etc concerning the tree falling. Those who wish to do so can discuss it with my son Thomas who gets quite involved in the metaphysics of the tree falling issue.

What I do want to post is some humorous parodies and questions on the topic. 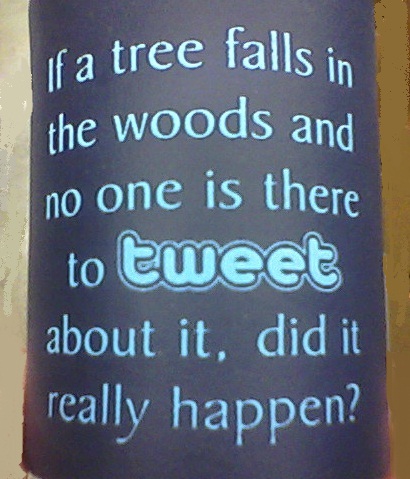 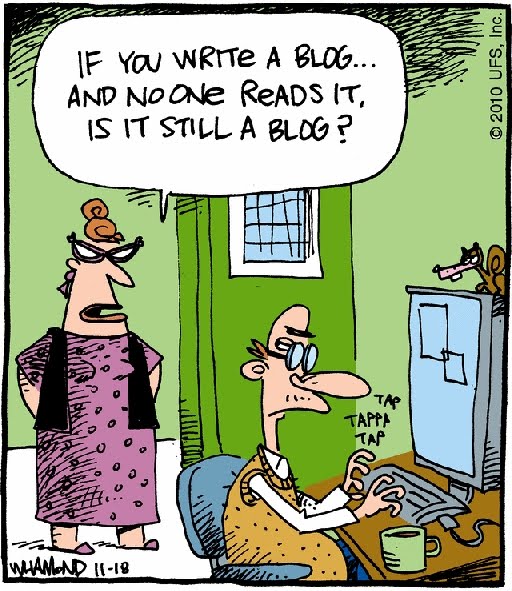 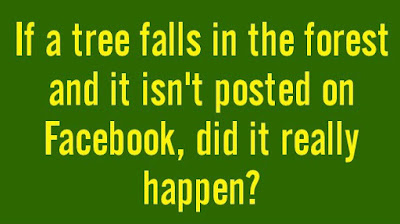 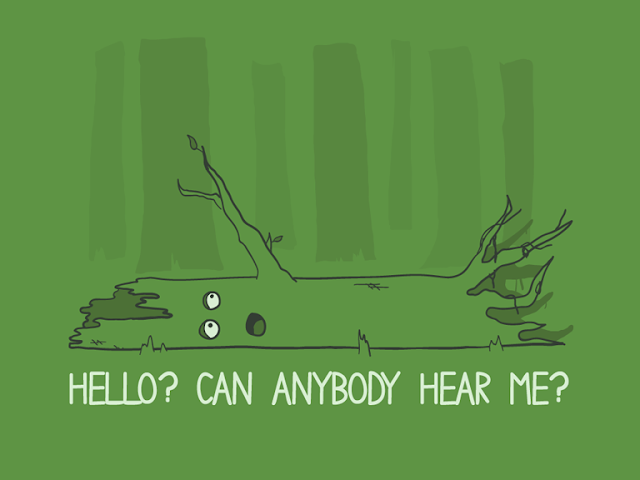 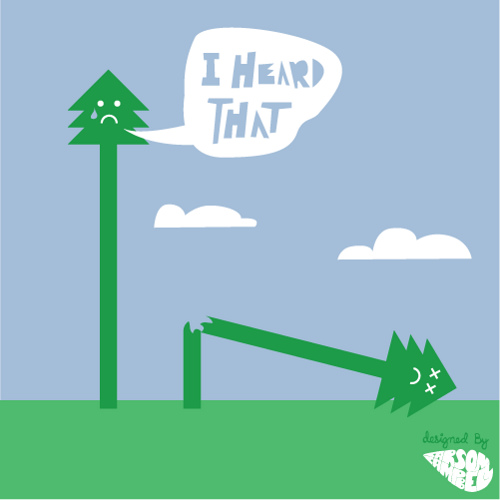 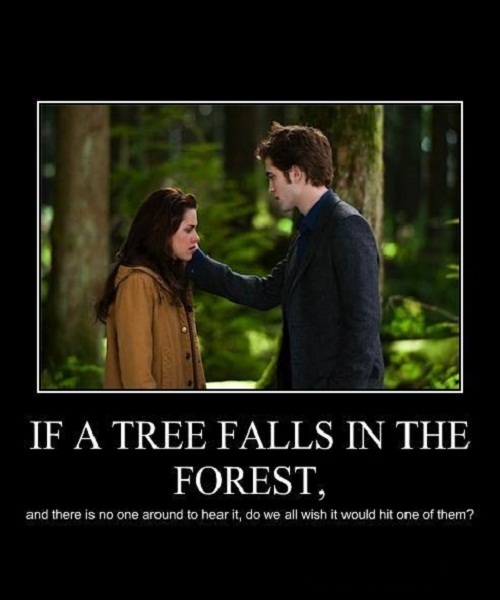 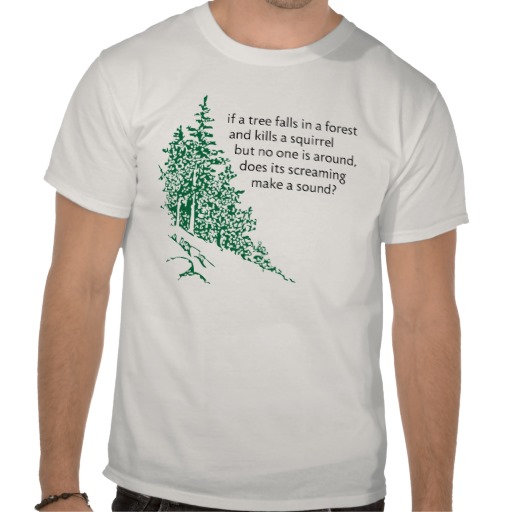 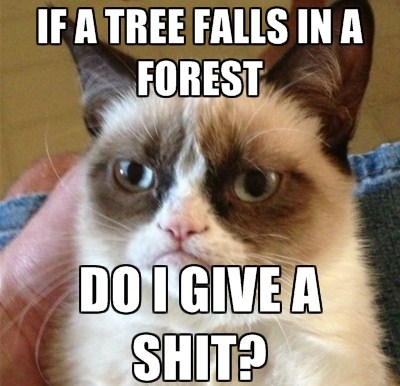 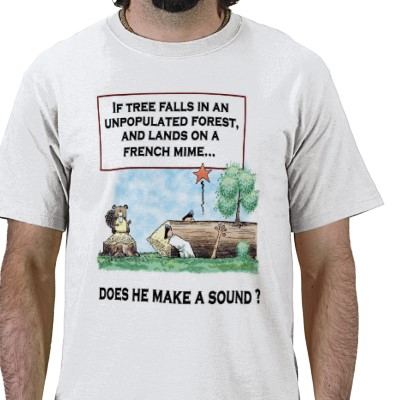 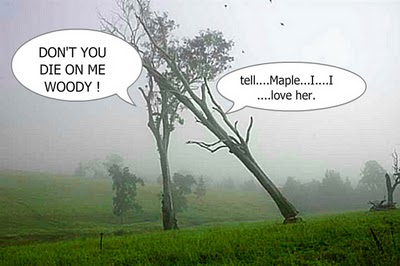 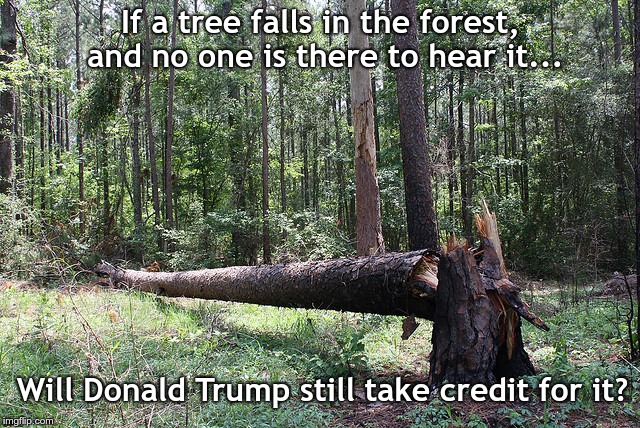 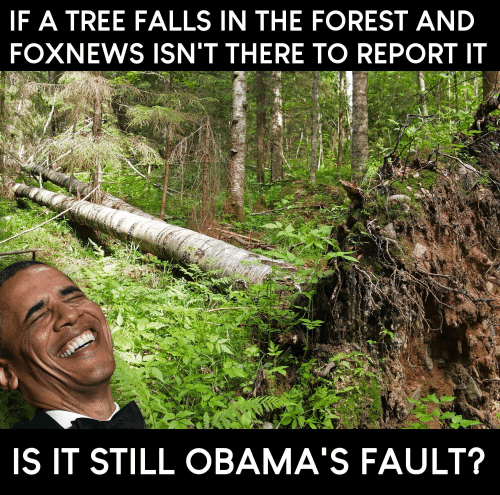 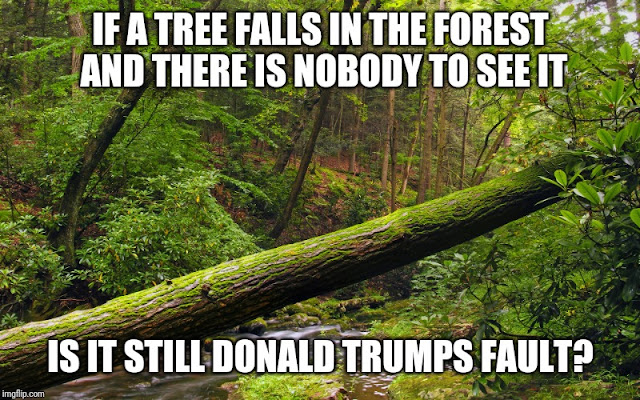 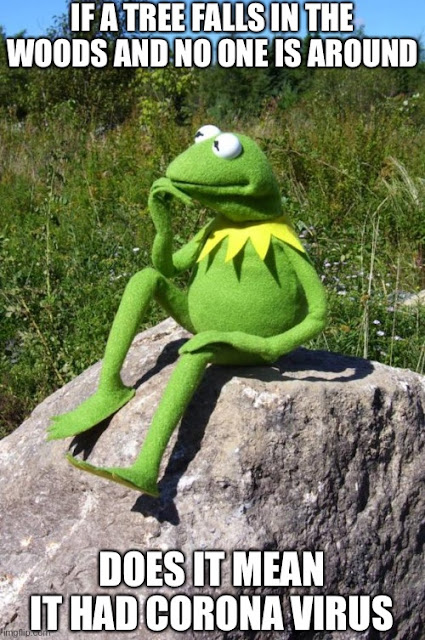 If a tree falls in the wood and no-one is there to hear it, is it funny if it falls on a deaf person?