Clarendon is a suburb of Sydney bordering the Royal Australian Air Force base at Richmond which was established in 1923.

Clarendon Railway Station is on the Richmond line.

Clarendon is home to Hawkesbury Racecourse and the Hawkesbury Showground. 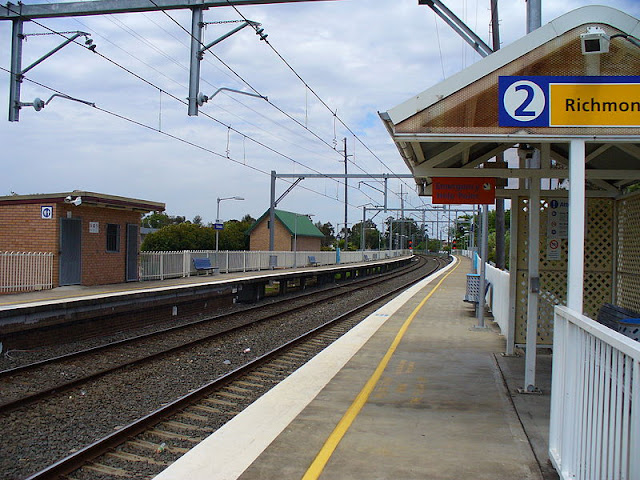 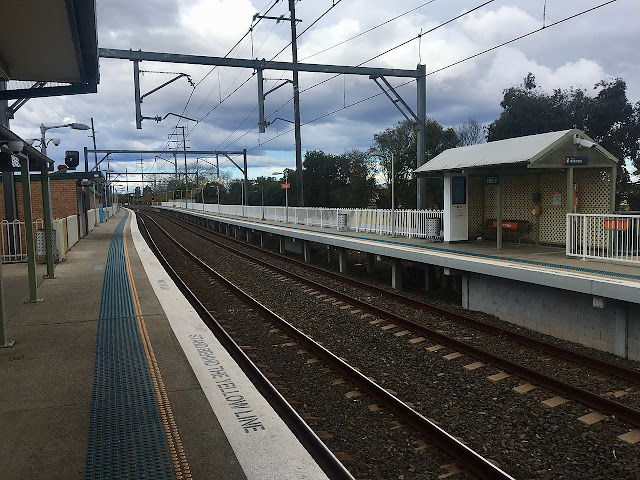 Another view of Clarendon Railway Station 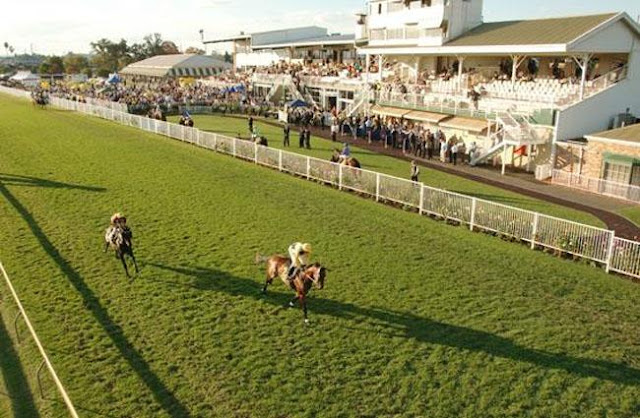 Claymore is located 54 kilometres south-west of the Sydney central business district, in the local government area of the City of Campbelltown and is part of the Macarthur region.

British settlers began moving into the area in the early 19th century, establishing farms and orchards. By the 1970s, the expansion of Sydney was great enough for developers to look at the area around Campbelltown. The Housing Commission of New South Wales undertook a large public housing development in the Claymore area. Originally the suburb was to be called Badgally after a local homestead, but the council backed off over concerns that the "Bad" part of the name could give the area a "bad" name. They chose Claymore after another local property, although that was also contentious since the name had very little history in the area.

The first residents moved in during 1978.

The majority of housing in Claymore is owned by Housing NSW.

The streets are named after Australian artists.

In September 2012, an episode of the ABC program Four Corners entitled "Growing up poor" examined the lives of children in poor families in Claymore.It stated that the suburb had the youngest population in Australia.

A report "Down and under" in the Al Jazeera 101 East series in February 2013 also pointed to the links between poverty and hopelessness, family tensions and violence and lack of opportunities for Claymore's children, where more than half the families have only one parent.

In the 2015 Dropping Off The Edge report, Claymore was listed as one of the most socially disadvantaged areas in New South Wales. 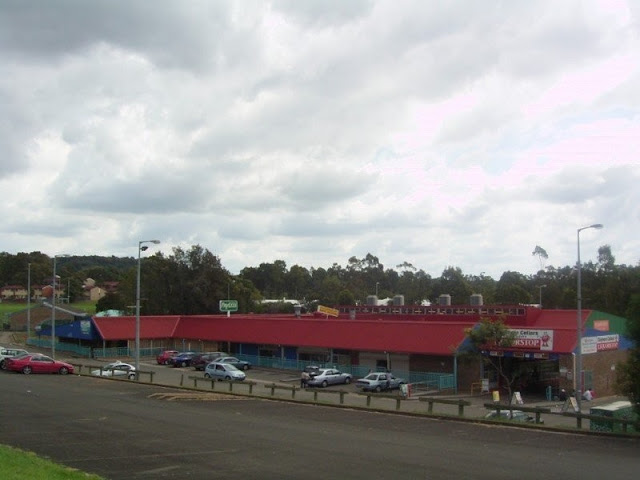 But where did [the name] Claymore come from? In retrospect, it seems the name is a largely inappropriate one. Council only approved it under heavy pressure from the Housing Commission, which had begun prematurely using the name plan and promote its latest development. The Commission’s justification for the title was that the property standing in the area had been called Claymore. Yet a far more historic and worthy name – Glenroy – was ignored in the process. Glenroy homestead may have been built as early as 1857 on part of a 55 acre (22ha) land grant awarded to Daniel Brady in 1816

From 1929, it was operated as a dairy farm of 120 acres (48ha) by Great War veteran, Charles McClelland and his wife, Minnie. Glenroy remained in family hands until the 1960’s, when much of it was purchased by the Commission. The McClelland’s son, Allan, still sees red over the way the name claymore was selected. “Because Glenroy has been synonymous with the region for years, I felt it should have been used for the suburbs name,” he told the local press in 1995. 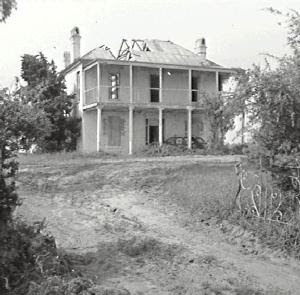 The so-called Claymore farm was actually Rosslyn when the Bursill family owned it from 1921-1936. And in the 1940’s, when it was sold to Dr Abbott, it was renamed Bukit Senung. It wasn’t until the 1960’s that an owner called Vanderbilt called the property Claymore, after the fearsome battlesword used by Scottish Highlanders.

By the 1970’s, Vanderbilt had erected three mock claymore swords on his gate – and this is what caught the attention of Housing Commission officers.

The rest is history. The old McClelland home still stands on high ground near the entrance to Claymore and was fully restored in the 1980’s. It is used as the Amaru Community Centre – a name which derives from the Aboriginal term “beautiful place”. 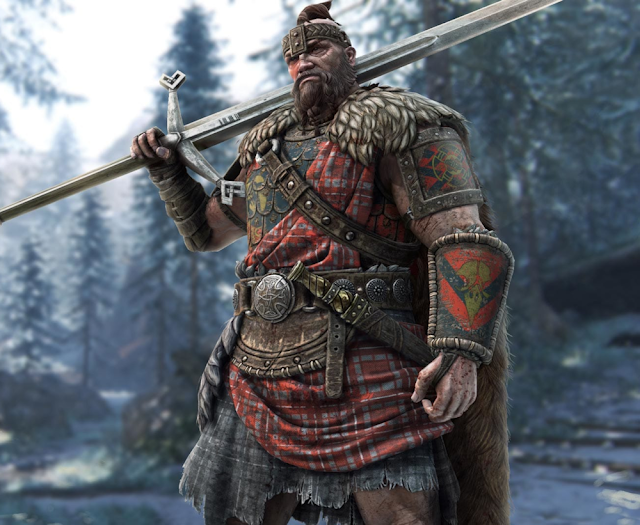 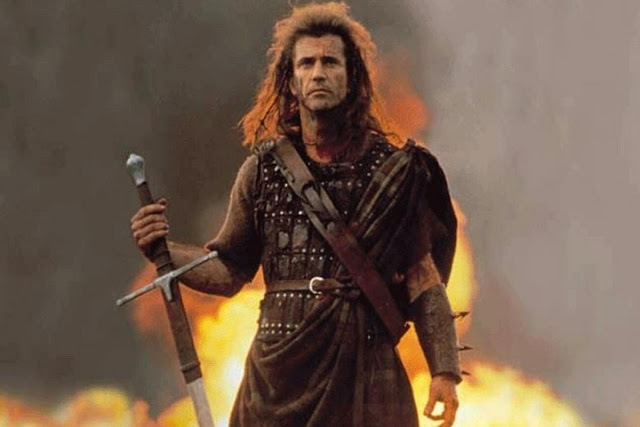 Another Highlander with a claymore 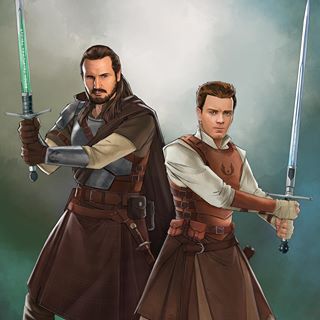 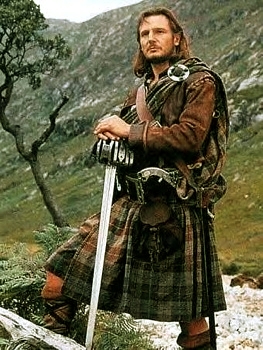 Rob Roy Kenobi but that's not a claymore 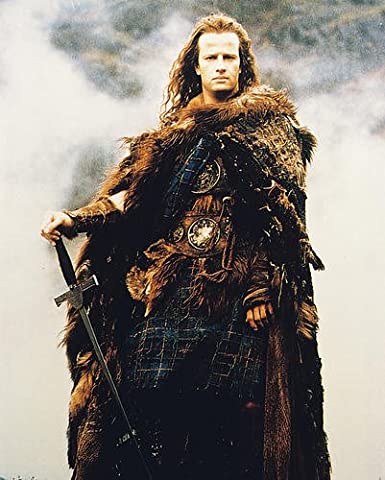 Clemton Park is located 13 kilometres south-west of the Sydney central business district in the City of Canterbury-Bankstown.

The area known as Clemton Park today was formerly referred to as Earlwood. In 1925 the William Street progress and tramway extension league decided that the district known as Earlwood covered too large an area. It was proposed that a competition be held to create a new name for the area in the vicinity of William Street.

A  man by the name of Len Loxly suggested that the area be called Clemton Park on the basis that Frederick Moore Clements owned 42 acres of property from 1825 until 1911 when he sold it. Clements was a successful business man and was responsible for "Clement's Tonic", which was promoted with the advertising jingle
"Clements Tonic for nerve and brain
Helps to make you well again"

A major development, Clemton Park Village, was begun as a three staged, Australand project. Frasers took over Australand in 2014 with the final apartments delivered in 2017. On its completion Clemton Park Village housed 1,500 people in 747 apartments across 11 residential buildings. The village comes with a Coles supermarket. It was the former factory site of electrical appliance maker Sunbeam.

The intersection of Bexley Road and William Street. 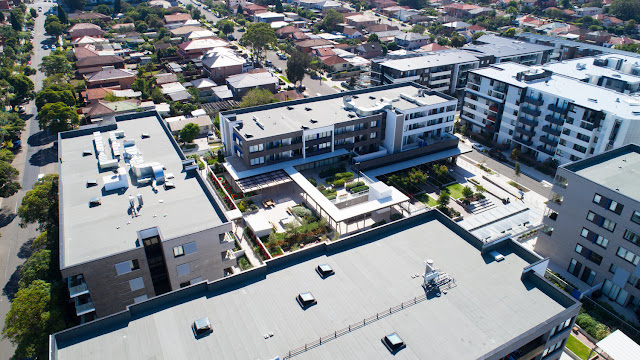 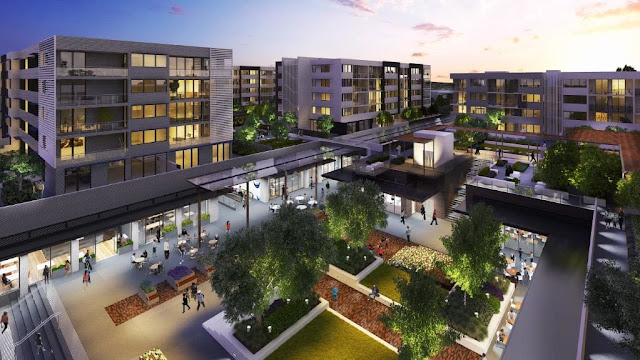 Posted by BytesMaster at 1:16 AM