From the Vault: Wall Built Upon Sorrow

Because of the increasing second wave spread of COVID-19 in Melbourne, NSW has now closed its borders to people coming from Victoria, the 55 entry points being guarded by the police and the military.  Queensland had already done so; Western Australia’s borders are closed with no-one allowed in. Travel into Australia is banned. 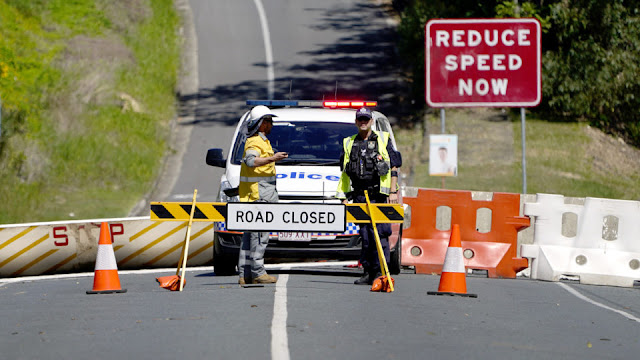 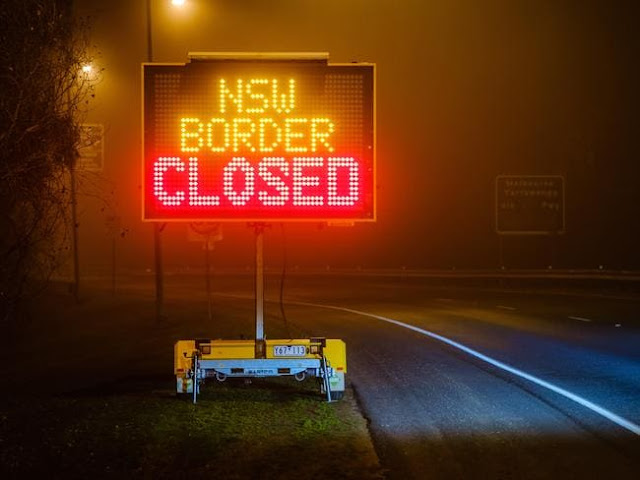 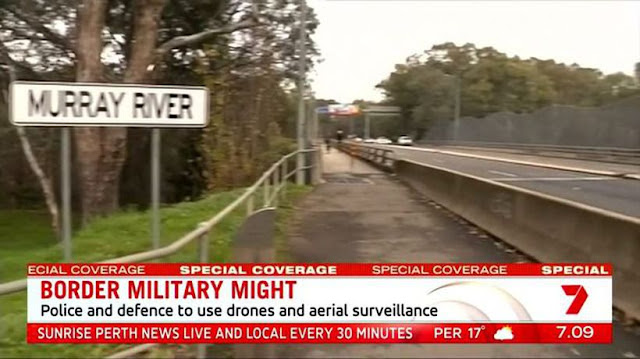 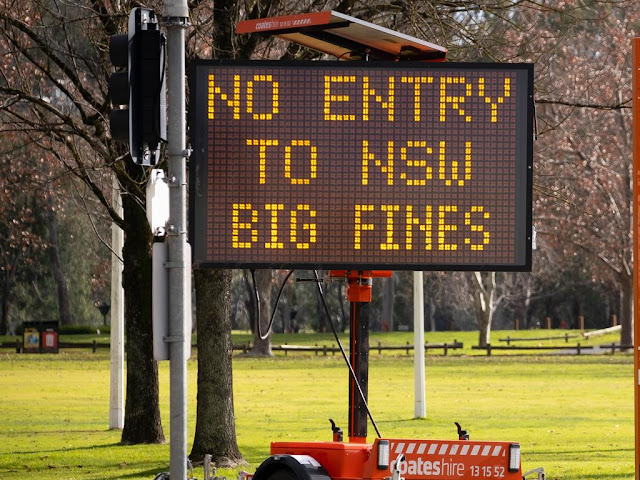 It had me thinking: what would happen if a person’s wife and children are visiting relatives in Melbourne whilst Dad is in Sydney, when the borders get closed . . .

Something horrific and deadly did happen like that, in 1961, and it lasted for 28 years. No social media in those days, no visits, just separations, sadness, death, a long long nightmare . . . 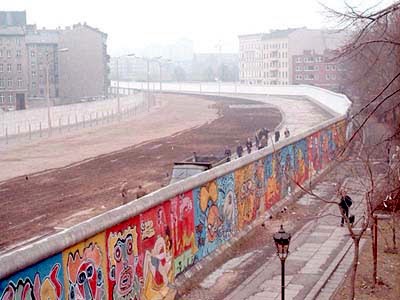 View from the West Berlin side of graffiti art on the wall in 1986. The wall's infamous "death strip", on the east side of the wall, here follows the curve of the long closed Luisenstadt Canal.

There was a brief mention in the newspapers and on the TV news last weekend [in 2011 - Otto]  that that weekend was the 50th anniversary of commencement of construction of the Berlin Wall.

This reminded me of a song from my youth, when I was just a nipper, but more of that later.

For the youngsters, when Germany was defeated in 1945, four Allied powers continued occupying Berlin: the UK, France, the US and the Soviet Union. It wasn’t long before difficulties arose between the Soviets and the other three. As a result the zones occupied by the US, the UK and France became merged into one zone with the Soviets occupying the other. This also became a confrontation between democracy and communism, eventually leading to the Cold War and the McCarthy witchhunts.

In Berlin, the two political systems were paralleled by the economic systems: West Germany developed as a democracy with a capitalist economic system; East Germany was part of the communist Eastern Bloc with the same socialist system.

Movement from East Germany to West Germany steadily increased in the early 1950’s, causing the Soviets to introduce more and more restrictions on such movement. In 1952 Josef Stalin, leader of the Soviet Union, declared “The demarcation line between East and West Germany should be considered a border—and not just any border, but a dangerous one ... The Germans will guard the line of defence with their lives."

The borders were guarded and barb wired. Movement was only possible with special passes, rarely given.

Funnily enough, there were no equivalent restrictions on movement from East Berlin to West Berlin due to the nature of occupancy by the four powers. The result was that people in the German Democratic Republic, as East Germany was named, flocked to Berlin to move to West Berlin. A passport law introduced in the GDR in 1957 increased that movement in Berlin even further. By 1961, approximately 3.5 million East Germans had left for the West, 20% of the GDR population. Moreover, because the people leaving were mostly young and well educated, there was a significant “brain drain” from the East.

At midnight on 12 August 1961, the border to West Berlin was closed. The streets adjacent to the border were ripped up, barbed wire entanglements were placed and fences were erected. On 17 August construction of the concrete and block wall began. Armed soldiers stood by with orders to shoot anyone who attempted to defect. In addition, fences, minefields and other obstacles were installed along the length of the East German border with West Germany. Construction of the wall, August 1961 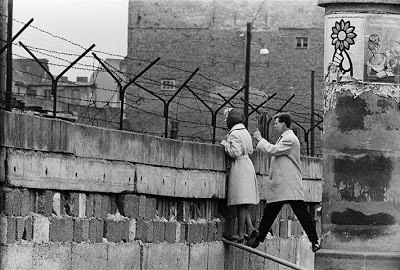 A woman on the western side talks with her mother in the east, August 1961

Imagine a wall suddenly erected where you live, the effects on employment, schools, family, friends. People in the GDR were suddenly cut off from all contact with the West; people working in the West with families in the East could no longer return.

The East German government justified erection of the wall as an “anti-fascist protective rampart”. Its presence enabled the government to deal with the problems that had previously been caused by the dual currency and a strong black market, with the economy strengthened as a result.

Nonetheless, many East Germans sought to escape by going over, under and through the wall. Persons who attempted to do so were shot. Numerous detection and security features were built into the wall and its surrounds but approximately 5,000 persons still made it to the West. 136 were killed in the attempts. In 1963 a 19 year old civilian stole an armoured vehicle and drove through the wall. He was seriously injured but survived. Other defectors utilised tunnels, sewers, hot air balloons, ultralights and cars driven at speed through checkpoints. When one successful defector made it to a West German RAF base in a light aircraft, the plane was dismantled and returned to East Germany by road. The RAF airman responsible for dismantling and shipping added slogans painted on the parts: “Come back soon” and “Wish you were here.”

The area between the western and eastern sectors was divided by a strip of “no man’s land”, what came to be known as “the death strip”. It is visible in the photograph at the top of this article. and in the following photograph: 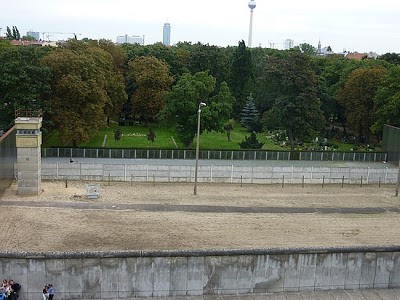 Persons injured in the death strip were not assisted by either the East German border guards, known as “grepos”, or by western bodyguards who would more than likely be fired upon if they ventured into the death strip. In 1962, 18 year old Peter Fechter was shot and bled to death, alone and unaided, in the death strip in front of the world’s media. 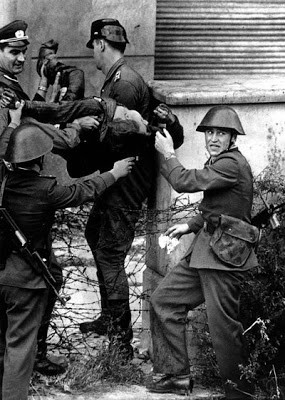 The body of Peter Fechter is carried away by East German borderguards.

In a speech in 1987 at the Brandenburg Gate on the occasion of the 750th birthday of Berlin, Ronald Reagan made his famous call to Mr Gorbachev, the General Secretary of the Communist Party of the Soviet Union, to “tear down this wall”:

We welcome change and openness; for we believe that freedom and security go together, that the advance of human liberty can only strengthen the cause of world peace. There is one sign the Soviets can make that would be unmistakable, that would advance dramatically the cause of freedom and peace. General Secretary Gorbachev, if you seek peace, if you seek prosperity for the Soviet Union and eastern Europe, if you seek liberalisation, come here to this gate. Mr. Gorbachev, open this gate. Mr. Gorbachev, tear down this wall. . . 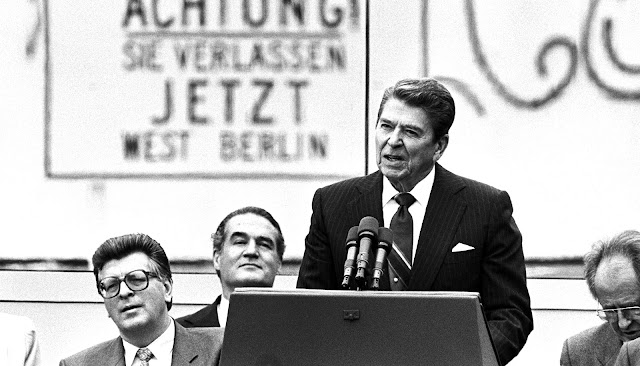 Click on the following link to watch and hear the speech:
https://www.youtube.com/watch?v=WX00QkvK-mQ

The wall had been the subject of comment much earlier by a US President, John F Kennedy in his “Ich bin ein Berliner” speech in 1963:

Freedom has many difficulties and democracy is not perfect. But we have never had to put a wall up to keep our people in -- to prevent them from leaving us. . . .

While the wall is the most obvious and vivid demonstration of the failures of the Communist system - for all the world to see - we take no satisfaction in it; for it is, as your Mayor has said, an offense not only against history but an offense against humanity, separating families, dividing husbands and wives and brothers and sisters, and dividing a people who wish to be joined together. 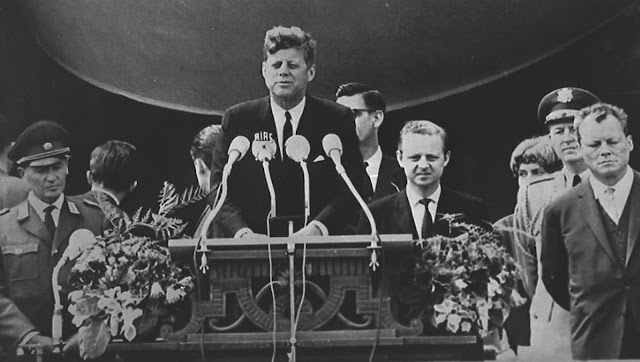 (Tell me that you don’t get shivers down your spine watching that speech).

With the Soviet Union’s satellites becoming independent in the late 1980’s and the disintegration of the Soviet Union as a communist militaristic bloc, agitation increased for the wall to come down. In 1989 Hungary relaxed its border restrictions with Austria and in one month alone 13,000 East Germans fled to Austria via Hungary. Restrictions were put in place but then Czechoslovakia relaxed its border restrictions. Demonstrations in East Germany grew. Chants that had originally been “We want out!” changed to “We’re staying here” as the emphasis became not escape but the wall coming down. On 9 November 1989 it did come down. 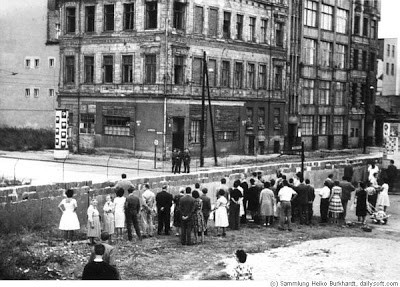 West Germans curiously peer at East German border guards through a hole in the wall. 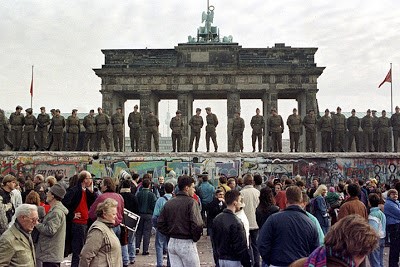 After 28 years, families were reunited but it was too late for many.

When I read the items last weekend about the wall having gone up 50 years ago, it also brought to mind a song that was a hit in Australia, West of the Wall by Toni Fisher. It only hit #39 in the US but stayed at #1 for 2 weeks in Oz. An unusual subject matter for a 1960’s hit pop song, it provides a twist on the ‘boy loses girl’ theme.

It can be heard at:
http://www.youtube.com/watch?v=RVeG-MllgXI 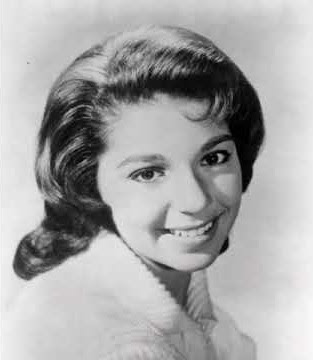 Wall built upon sorrow
One day you will end
Hearts true to each other
Will not break
They will not bend
In our hour of sadness
How clearly we can see
Tomorrow's gladness
Free, free, free, free........

As I said earlier, imagine a wall going up at midnight under armed guard in the middle of the city or town where you live, perhaps whilst your spouse or family are away for the night and not to be reunited for 28 years. Separated from family, friends, jobs, schools… wall built upon sorrow is an apt description.