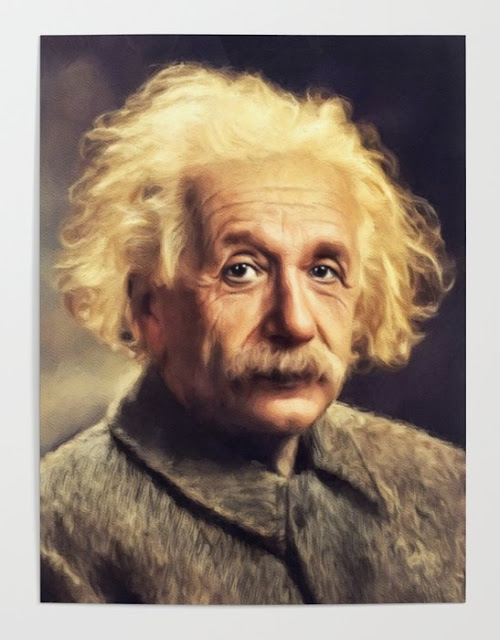 Albert Einstein (1879-1955) is regarded as the most important scientist of the 20th century. A German-born theoretical physicist, he developed the theory of relativity, one of the two pillars of modern physics (alongside quantum mechanics). His work is also known for its influence on the philosophy of science. \He is best known to the general public for his mass–energy equivalence formula E = mc2, which has been dubbed "the world's most famous equation". Einstein received the 1921 Nobel Prize in Physics "for his services to theoretical physics, and especially for his discovery of the law of the photoelectric effect", a pivotal step in the development of quantum theory. Whatever all of that means. He also discovered how to put bubbles in beer. (For overseas readers, watch the Oz film Young Einstein).

Einstein died on 18 April 1955 aged 76 after experiencing internal bleeding caused by the rupture of an abdominal aortic aneurysm. He refused surgery, saying, "I want to go when I want. It is tasteless to prolong life artificially. I have done my share; it is time to go. I will do it elegantly." He died the next day.

- A few days after Zionist leader and first President of Israel Chaim Weizmann died on November 9, 1952, Einstein was asked if he would accept the position of being the second president of Israel. Einstein, age 73, declined the offer. In his official letter of refusal, Einstein stated that he lacked the “natural aptitude and the experience to deal properly with people.”

- Part of Einstein’s charm was his dishevelled look. In addition to his uncombed hair, one of Einstein’s peculiar habits was to never wear socks. To Einstein, socks were a pain because they often would get holes in them.

- Einstein married the only female student in his physics class, Mileva Maric, but gave her his Nobel Prize money to obtain a divorce. He subsequently married his cousin.

I suggest a slight change:

There’s a notable family named Stein,
There’s Gert and there’s Ep and there’s Ein.
Gert’s prose is all junk,
Ep’s dead in his bunk
And nobody understands Ein.

James Dean (1931-1955) was an American actor best remembered as a cultural icon of teenage disillusionment and social estrangement, as expressed in the title of his most celebrated film, Rebel Without a Cause (1955), in which he starred as troubled teenager Jim Stark. The other two roles that defined his stardom were loner Cal Trask in East of Eden (1955) and surly ranch hand Jett Rink in Giant (1956). After his death in a car crash, Dean was nominated for posthumous Best Actor Oscars for East of Eden in 1955 and for Giant in 1956, the only person to have ever had 2 posthumous nominations.

Dean also cashed in his chips in 1955, aged 24. A fan of motor racing, he won a number of events and had hoped to race in the Indianapolis 500 but scheduling prevented this. While working on “Giant,” the studio contractually barred him from racing. But upon finishing the film, he traded in the Speedster for an even more powerful Porsche 550 Spyder, which he nicknamed “Little Bastard.” On the afternoon of September 30, 1955, as Dean drove his brand-new Porsche Spyder to a road race in Salinas, California, a police officer ticketed him for going 65 mph in a 55-mph zone. Just over two hours later, a Ford Tudor sedan collided with Dean, who broke his neck and suffered severe internal injuries He was pronounced dead on arrival at a nearby hospital. To this day, it’s unclear whether he was speeding at the time. A coroner’s jury found the crash to be accidental.

The famous Failure Analysis Associates, from Menlo Park, California, reconstructed and recreated all details of the accident at the same approximate time on September 30 and have concluded that James Dean was travelling 55 to 56 mph when the fateful accident occurred, thereby proving he had not been speeding, as rumour had it.

A controversial scene from Giant that had had Dean/Jesus in a crucifixion pose with Liz Taylor/Mary at his feet has become iconic: 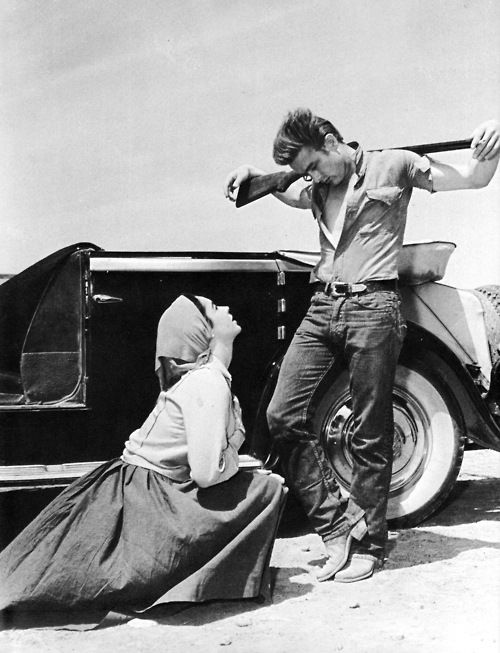 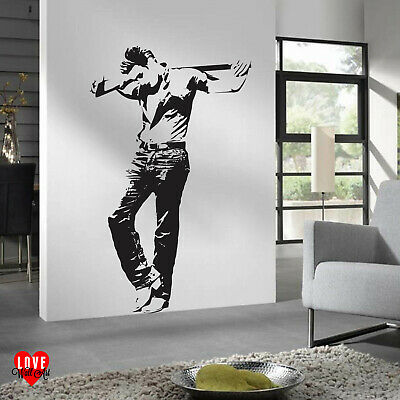 …as has the 1955 moody photo of Dean alone in the rain in the middle of Times Square, a study in isolation and sadness: 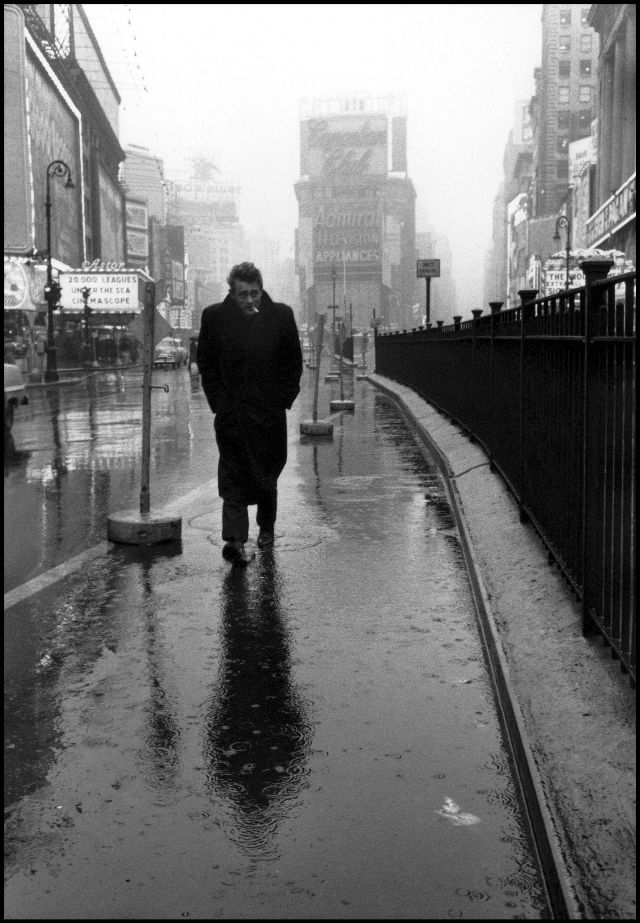 Dean also appears prominently in Gottfried Helnwein's painting Boulevard of Broken Dreams (1984). The work is a redepiction of Edward Hooper’s Nighthawks. Helnwein has replaced the three patrons with American pop culture icons Humphrey Bogart, Marilyn Monroe, and James Dean, and the attendant with Elvis Presley. According to Hopper scholar Gail Levin, Helnwein connected the bleak mood of Nighthawks with 1950s American cinema and with "the tragic fate of the decade's best-loved celebrities." 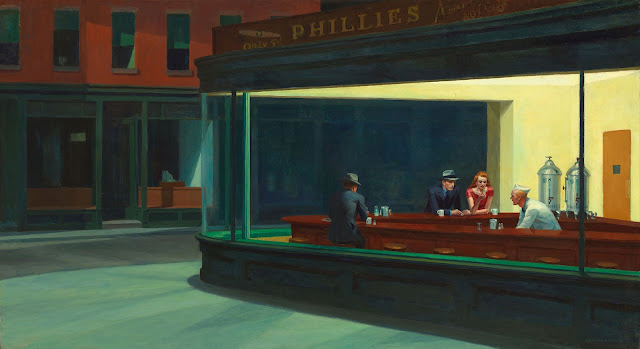 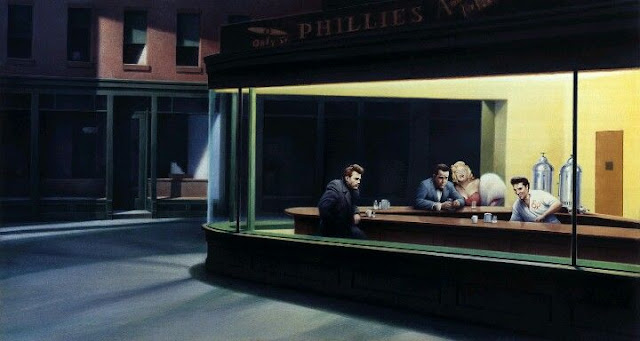 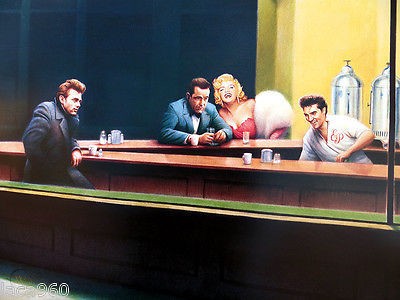 Reportedly, Dean was very much in love with television and film actress Pier Angeli and they planned to marry.  Her mother blocked the union because Dean was not Catholic and she helped arrange Pier's marriage to Vic Damone. Before she committed suicide, Pier wrote that Dean was the only man she had ever really loved. 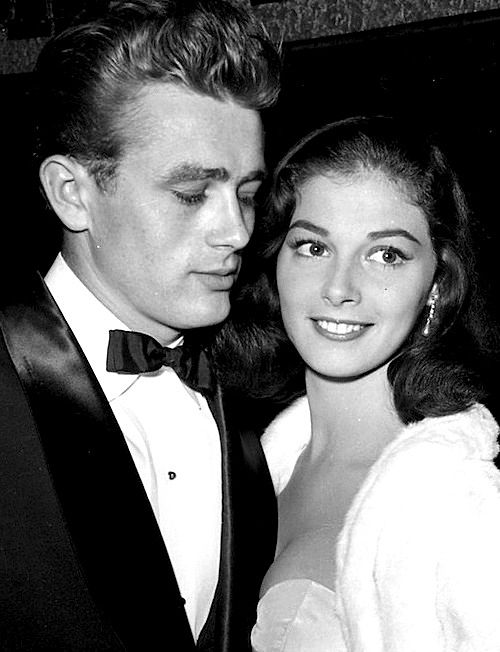 James Dean and Pier Angeli
Posted by BytesMaster at 12:25 AM