Graham E has sent me a number of emails with some fascinating snippets of information and trivia.

Spotted a mention of this story and thought of you,

Australian artist and screenwriter Peter Rush, who moved to the coast from Sydney six months ago, set to work on his guerrilla sculptures under the cover of darkness. 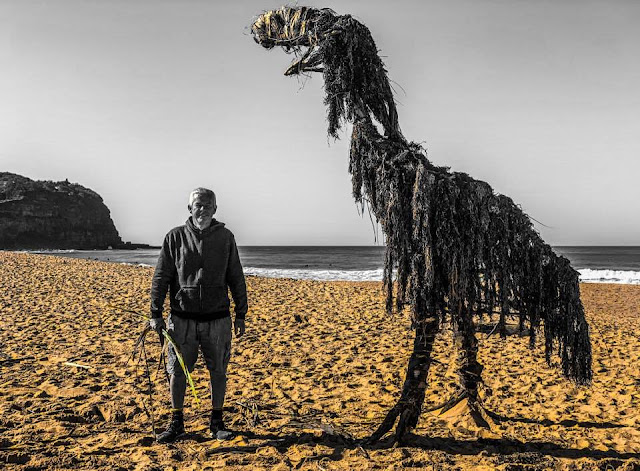 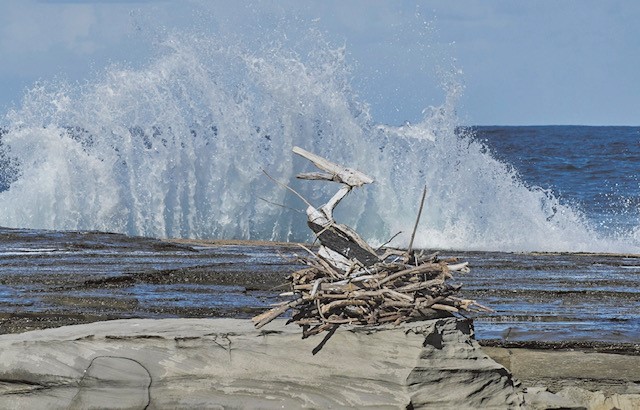 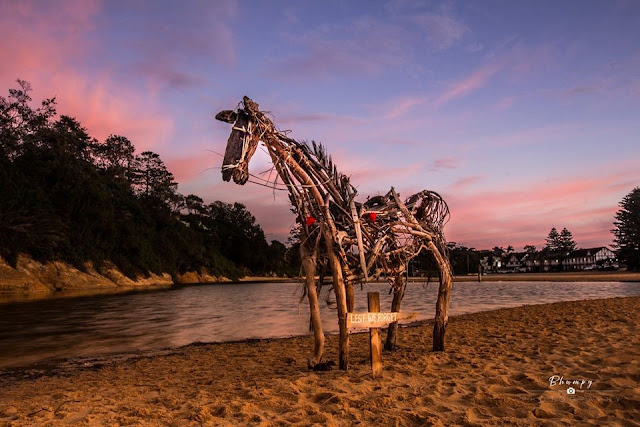 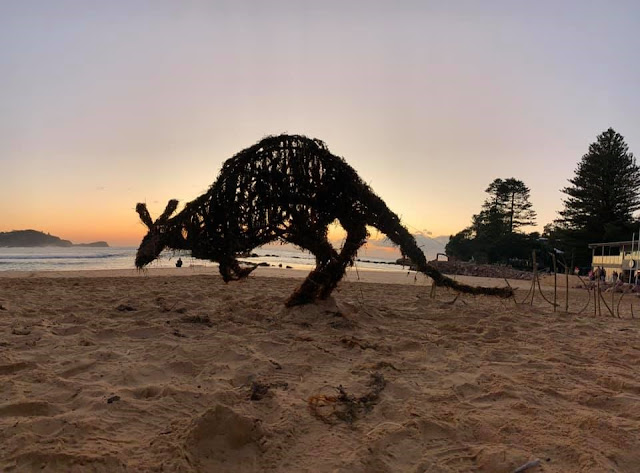 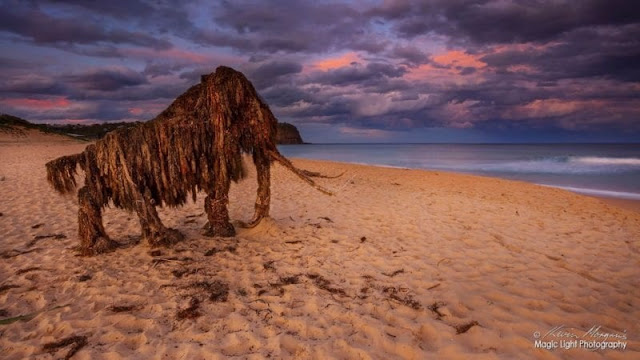 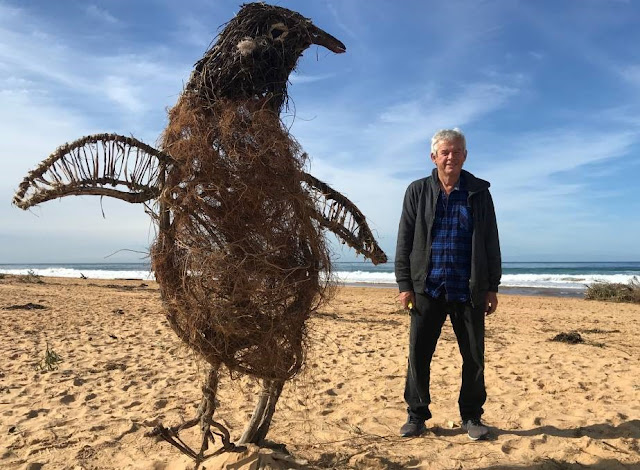 Watching the arrival of the secret police, naval conflict with China and now Air Force interference with Iran, reminded me of the expression “Wag the Dog“:

Wag the dog is, in politics, the act of creating a diversion from a damaging issue. It stems from the generic use of the term to mean a small and seemingly unimportant entity (the tail) controls a bigger, more important one (the dog). The phrase originates in the saying "a dog is smarter than its tail, but if the tail were smarter, then it would wag the dog”.

This was the premise of the 1997 American political satire black comedy film produced and directed by  Barry Levinson and starring Dustin Hoffman and Robert De Nero.

The screenplay concerns a Spin doctor and a Hollywood producer who fabricate a war in Albania to distract voters from a presidential sex scandal. The screenplay by hHilary Henkin and David Mamet was loosely adapted from Larry Beinhart’s 1993 novel American Hero.
Wag the Dog was released one month before the outbreak of the Lewinsky scandal and the subsequent bombing of the Al-Shifa pharmaceutical factory in Sudan by the Clinton administration in August 1998, which prompted the media to draw comparisons between the film and reality. The comparison was also made in December 1998 when the administration initiated a bombing campaign of Iraq during Clinton's impeachment trial over the Lewinsky scandal. It was made again in the spring of 1999 when the administration intervened in the Kosovo War and initiated a bombing campaign against Yugoslavia, which coincidentally bordered Albania.
In January 2020, after the U.S. airstrike assassination of Iran's Gen. Soleimani, various references to Wag the Dog made the news. Many referred to Donald Trump's tweets from 2011-2012 suggesting then-President Barack Obama would essentially "wag the dog" to get re-elected, noting the hypocrisy of the current situation.
Now with the naval standoff in the South China Sea, the buzzing of civilian planes in Iraq and the impossible election playing against a pandemic and civil rights protests, could a fabricated war be far away ? 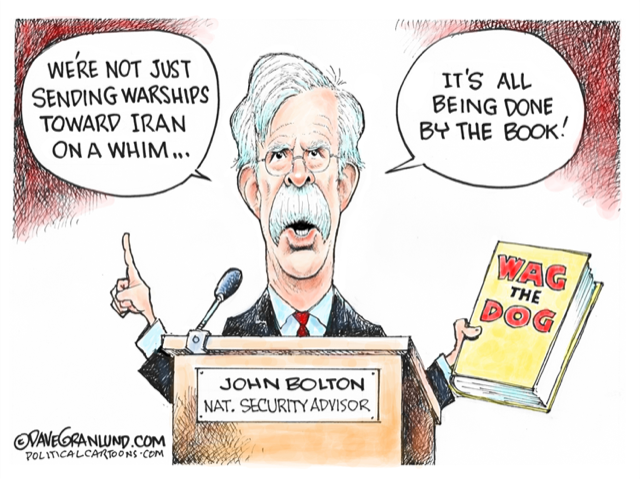 Wondering if you have crossed paths with this cartoonist?

South Korean illustrator Hung Rae has a unique approach to his creative outlet. In his comics, this artist twists human roles with unexpected objects and animals. Have you ever imagined what would happen if karma really existed and we got treated the same as we treat non-human things in our lives? 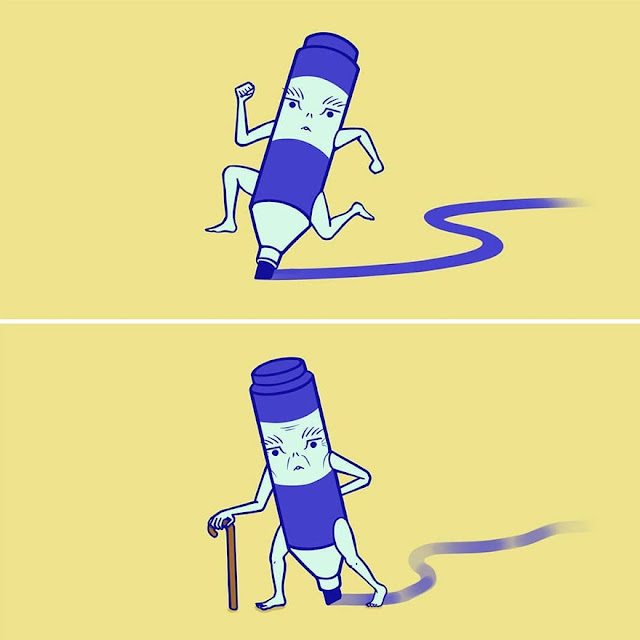 (Can someone explain the above to me? Otto) 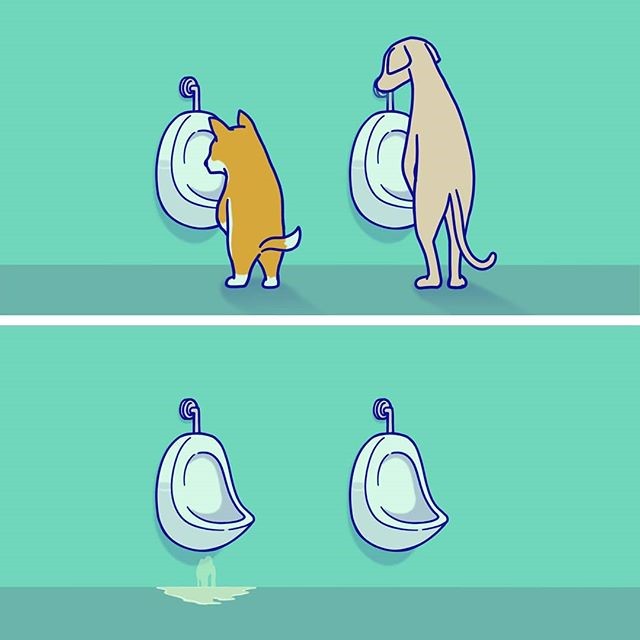 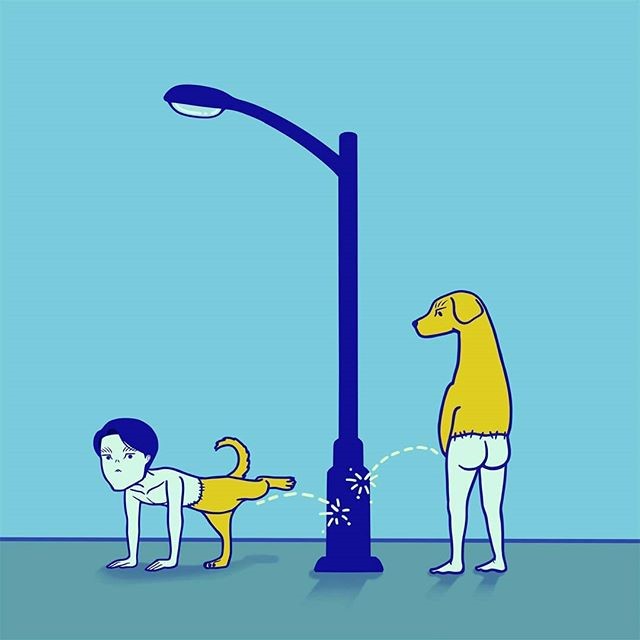 (Does this remind anyone else of The Fly? Otto) 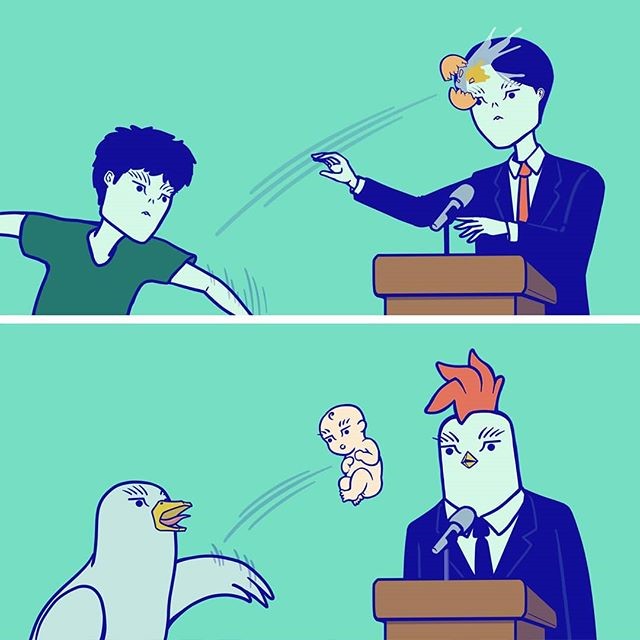 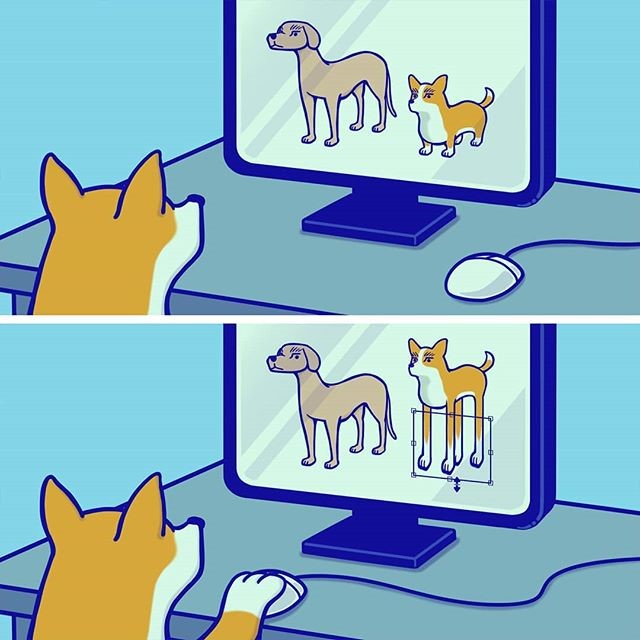 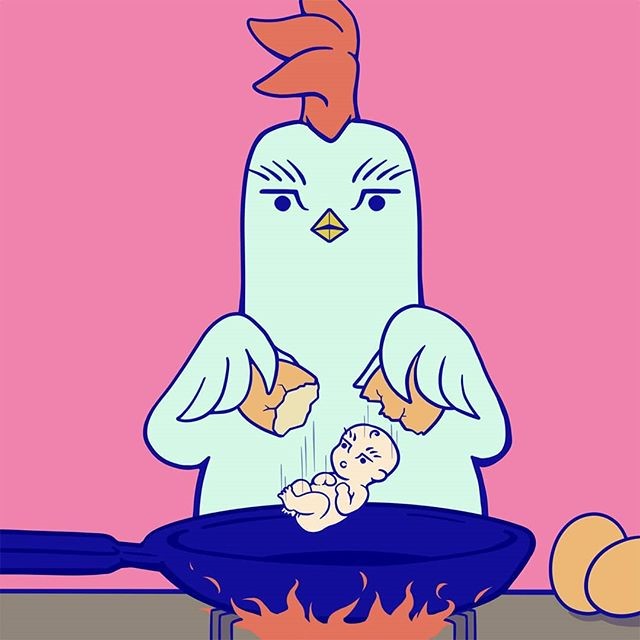 Posted by BytesMaster at 6:53 AM