From the Vault: Said Hanrahan 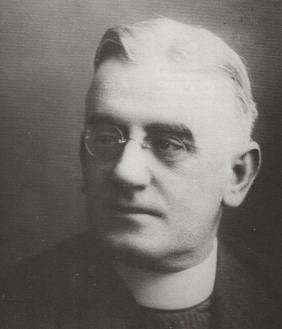 Whereas Australia’s best known poets, Banjo Patterson and Henry Lawson wrote of the bush from a perspective of visiting city dwellers, whether romantic (Patterson) or harsh and cruel (Lawson), John O’Brien wrote as a person who actually lived in rural towns and participated in that existence.

John O'Brien was the psuedonym of Patrick Joseph Hartigan (1878-1952), who was born in Yass, New South Wales. Hartigan was a Roman Catholic priest in the Goulburn diocese and later parish priest at Narrandera, rural towns in New South Wales.

O’Brien’s poems are gentler, more affectionate of rural life and its people, descriptive of essential features such as farming, the Irish and the church. In many ways they are similar to Steele Rudd's anecdotes and stories in On Our Selection, but in poetic form.

“Said Hanrahan” (1921) gently pokes fun at the pessimism of the Irish Catholics and the attitude that sees difficulty in each situation, but against a backdrop of very real drought, floods and bushfires, constant threats in the Australian landscape and the Australian psyche.

The poem remains relevant today as new generations face difficulties in the environment and in society. 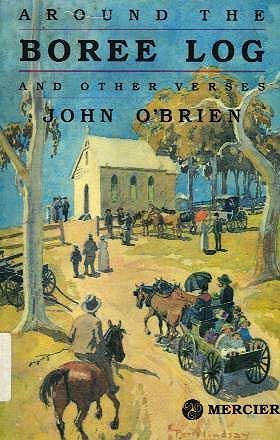 "We'll all be rooned," said Hanrahan,
In accents most forlorn,
Outside the church, ere Mass began,
One frosty Sunday morn.

The congregation stood about,
Coat-collars to the ears,
And talked of stock, and crops, and drought,
As it had done for years.

"It's looking crook," said Daniel Croke;
"Bedad, it's cruke, me lad,
For never since the banks went broke
Has seasons been so bad."

"It's dry, all right," said young O'Neil,
With which astute remark
He squatted down upon his heel
And chewed a piece of bark.

And so around the chorus ran
"It's keepin' dry, no doubt."
"We'll all be rooned," said Hanrahan,
"Before the year is out."

"The crops are done; ye'll have your work
To save one bag of grain;
From here way out to Back-o'-Bourke
They're singin' out for rain.

"They're singin' out for rain," he said,
"And all the tanks are dry."
The congregation scratched its head,
And gazed around the sky.

"There won't be grass, in any case,
Enough to feed an ass;
There's not a blade on Casey's place
As I came down to Mass."

A heavy silence seemed to steal
On all at this remark;
And each man squatted on his heel,
And chewed a piece of bark.

"We want an inch of rain, we do,"
O'Neil observed at last;
But Croke "maintained" we wanted two
To put the danger past.

"If we don't get three inches, man,
Or four to break this drought,
We'll all be rooned," said Hanrahan,
"Before the year is out."

In God's good time down came the rain;
And all the afternoon
On iron roof and window-pane
It drummed a homely tune.

And through the night it pattered still,
And lightsome, gladsome elves
On dripping spout and window-sill
Kept talking to themselves.

It pelted, pelted all day long,
A-singing at its work,
Till every heart took up the song
Way out to Back-o'-Bourke.

And every creek a banker ran,
And dams filled overtop;
"We'll all be rooned," said Hanrahan,
"If this rain doesn't stop."

And stop it did, in God's good time;
And spring came in to fold
A mantle o'er the hills sublime
Of green and pink and gold.

And days went by on dancing feet,
With harvest-hopes immense,
And laughing eyes beheld the wheat
Nid-nodding o'er the fence.

And, oh, the smiles on every face,
As happy lad and lass
Through grass knee-deep on Casey's place
Went riding down to Mass.

While round the church in clothes genteel
Discoursed the men of mark,
And each man squatted on his heel,
And chewed his piece of bark.

"There'll be bush-fires for sure, me man,
There will, without a doubt;
We'll all be rooned," said Hanrahan,
"Before the year is out."

My contribution as an alternative or updated last verse, with apologies to John O'Brien . . .

The world has gone to crap, me man,
The worst that I recall;
We'll all be rooned," said Hanrahan,
When Covid takes us all."