As usual, Brett B has sent his list of special days for the coming month, US dates it should be noted. The only holiday that we have coming up here is the Queen’s Birthday on 10 June.

From Sue P in response to the post on the finger painting art of Iris Scott:

I appreciate you don’t like photorealistic art, but I think this PNG artist is awesome. He started painting at age 5 and was already famous by 16. His Facebook site has some time lapse videos

Here are a couple of the artworks of L-Wengembo, the artist referred to by Sue: 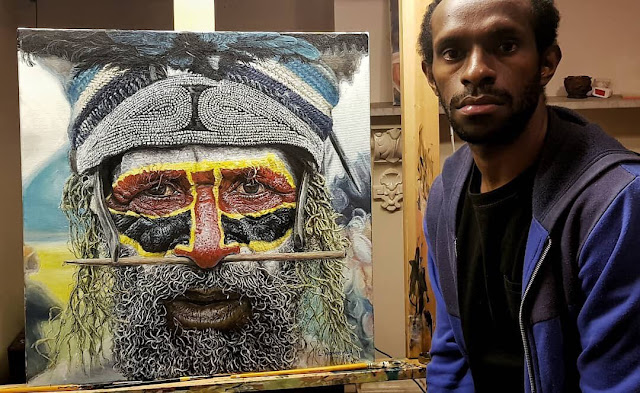 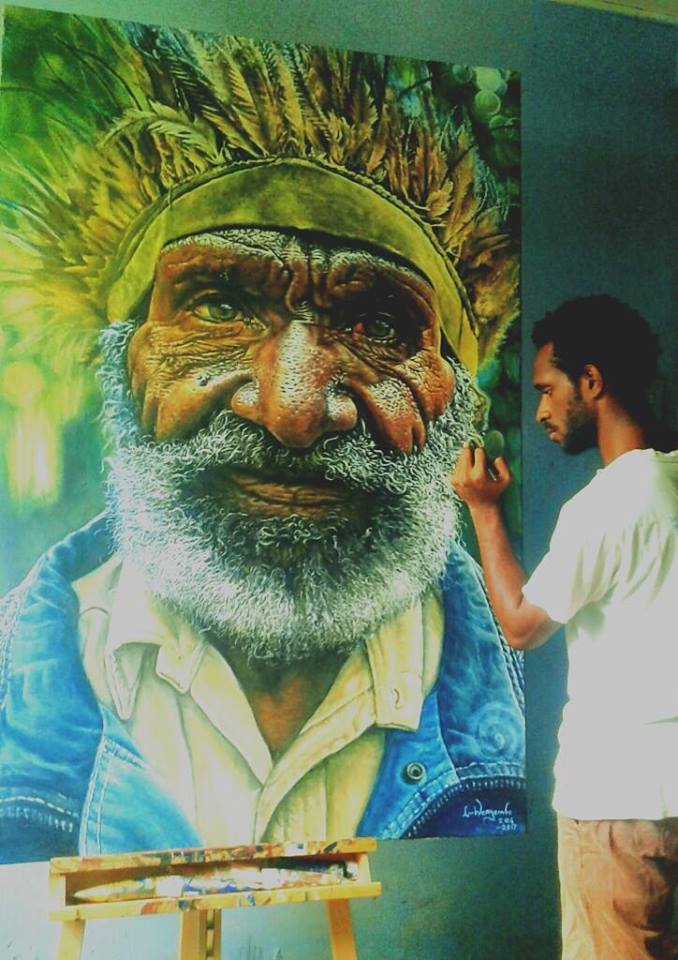 Also in respect of Iris Scott, an email from Steve M:

From Tim B in respect of the Monica Lewinsky Quote for the Day responding to comments by Orin Kerr on the Mueller report:

I don’t get the quote of the day as I guess Orin Kerr does not realize that the Mueller report was made available to every member of congress to read….of course just like the Affordable Health Care bill most did not. I ‘m not sure and too lazy to look it up right now but I think the members of congress could read the unredacted version and Trump wanted to declassify the whole report. Kerr probably has TDS.
Take care Otto, and if I’m wrong, I’m sure someone will let me know.

Andy McCarthy paints a picture of a media in panic over AG Barr executing the President’s order to declassify documents that might very well embarrass the Obama Administration. From the beginning of his analysis:

Last week, President Trump conferred on Attorney General Bill Barr the authority to declassify documents relevant to his inquiry into what we can collectively call “the Russia investigation.” This includes not only “Crossfire Hurricane,” the counterintelligence probe formally opened by the FBI in late July 2016, but all of the relevant investigative threads, including those pursued by other intelligence agencies — such as the CIA’s collaborations with foreign intelligence services, beginning in 2015.

In other words, the public is about to learn a lot more about decision-making during the Obama administration. As night follows day, the Democrat-media complex went apoplectic. Gone are the days when the press always wanted more information because it perceived its role, vouchsafed by the Constitution, to be the public’s eye on government.

Much of the mainstream media is now in an all but openly declared partnership with one of our two major political parties. Consequently, when a Republican administration is in power or being questioned, classified leaks are the order of the day. When a Democratic administration is under the microscope, we get lectures on the wages of compromising intelligence secrets, especially methods and sources.

Another from Steve M in respect of the Rupert McCall poem “Green and Gold Malaria”:

Love the Rupert Mc poem Otto... a bit cheesy but it does fill you with pride. I have been here around 40 years now, Diane was born here, but we both still stare in awe at harbour and outback scenes. Always will, I suppose, and why not? This place has its own magic that is not based upon crumbling history, like Europe or what man has built like Dubai... there is something that is deep set in human-kind when you stare at the wonders of Australia. It’s ancient and mysterious it’s timeless and wondrous... a bit like you!

Thanks for another great Bytes.

Also from Brett B in respect of Baby Sussex being named Archie:

This is hilarious, in the US the name Archie either brings to mind the comic book characters, Archie and Jughead, or Archie Bunker from the TV show-neither are especially admirable characters.

Also in the US, we have two other people named Archie Goodwin; the first, a fictional character, was the assistant to Nero Wolfe, orchid fancier full-time, and detective when he needed money to support his orchids. They were the protagonists of a series of books, starting with Fer-De-Lance (1934) through A Family Affair (1975). After author Rex Stout died, the series has been continued by Robert Goldsborough, with greater and lesser success. The two (Wolfe and Goodwin) have been the subject of at least three TV series.

The second was a very real person, a well-respected comic book writer, editor and artist.
https://en.wikipedia.org/wiki/Archie_Goodwin_(comics)

Posted by BytesMaster at 8:19 AM