For Funny Friday yesterday I posted a number of jokes about country and western music and about C & W fans.

Byter Tim B, who hails from the home of country, the U S of A, sent me the following email:

Morning Otto, Good post today.  I love country and western music and oddly enough I have all my teeth, but my favorite C&W song is “I’ll Get You, You Bugger You” by Snotty Jones and his Nine Nosepickers. The lady loved C&W music so much she had a picture of Garth Brooks tattooed on the inside of one thigh and Conway on the other side.  Saturday night at the VFW dance, and for those of you who don’t know what the VFW is, it is a bastion of Hillary Clinton’s deplorables who are veterans ,love their country, and C&W music, she was picked up by Otis who was extremely drunk.  As they were making love, she asked Otis if he recognized the faces of the tattoos. Otis said I don’t know who that is on the right or left, but the one in the middle is Willie Nelson. Have a great weekend Otto, think I’ll go get my geetar and learn some of those songs for my next gig. Tim 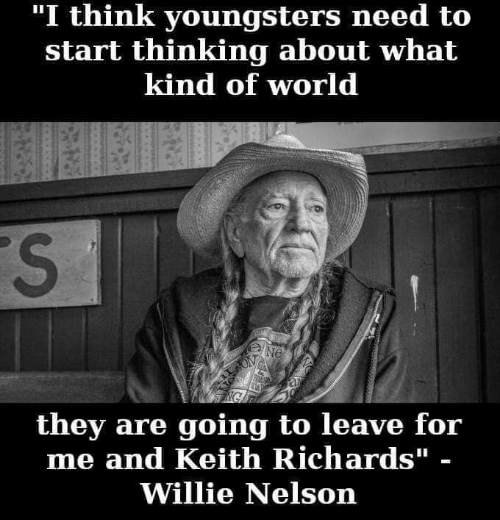 I confess that I have an inner bogan that likes some C & W, including, yes, I will admit it . . . Achy Breaky Heart.

Country music is unique in that apart from being musical, the songs usually contain a story with beginning, middle and end as well as a moral and life lesson.  Think songs such as:
Coward of the County (“Sometimes you gotta fight when you’re a man”)
The Gambler (“You got to know when to hold 'em, Know when to fold 'em . . .”)
Achy Breaky Heart (“You can tell your ma I moved to Arkansas, You can tell your dog to bite my leg, Or tell your brother Cliff whose fist can tell my lip. He never really liked me anyway”)
Jolene (“And you could have your choice of men, But I could never love again Cause he's the only one for me, Jolene”)
The Night the Lights Went Out in Georgia (“… his cheating wife had never left town. That's one body that'll never be found. You see little sister doesn't miss when she aims her gun”)

I also confess that my inner bogan prefers the bush poetry of Banjo Patterson and Henry Lawson over inscrutable avant garde works,  I like the narrative poetry of Robert Service and even like Edgar A Guest, despite Dorothy Parker's poetic comment that:
"I'd rather fail my Wassermann test
Than read a poem by Edgar A. Guest."

So today I am posting a poem by Kev Gillett, not up with The Banjo and Lawson but worth reading.  Some more poems of such ilk in the future. 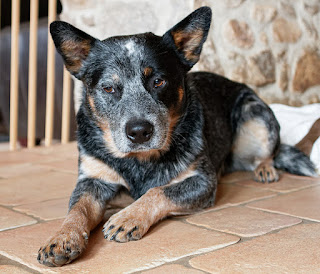 WE pensioned off old Blue, our dog
when old age got him down
We sent him for company
to old Grandma in the town

So, it was this Sunday morning
Blue was fossicking about
through the paddocks near the township
on his normal daily scout

It was a dogs idea of heaven
and old Blue, he rubbed and rolled
till he ponged just like the sheep did
and with ecstasy extolled

Where the matron, in a panic
counted heads in mortal fright
with a smell like that they’d surely lost
a patient through the night

And he lay somewhat bewildered
in the gore, flat on his back
when the mongrel pack descended
in a frenzied dog attack

And the cappuccino maker
copped a mortal wound and died
hissing steam, it levitated
falling frothing on it’s side

And Nick the Greek, the owner
grabbed a shotgun in his fright
blasting into the confusion
of the frantic canine fight

And the echoes still were ringing
when beneath the dying heap
there emerged old Blue, still dragging
at the remnants of his sheep

And she looked out from her front fence
at the town in disarray
at the ambulance, police cars
and you guessed it, the RSPCA

Posted by BytesMaster at 5:29 AM