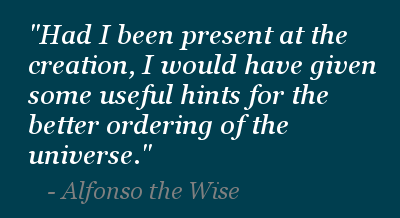 Alfonso X (also occasionally known as Alphonso, Alphonse, or Alfons, 1221 – 1284), called the Wise, was the King of Castile, León and Galicia from 30 May 1252 until his death in 1284. During the election of 1257, a dissident faction chose him to be Roman-German king on 1 April. He renounced his claim to Germany in 1275, and in creating an alliance with England in 1254, his claim on Gascony as well. Alfonso X fostered the development of a cosmopolitan court that encouraged learning. Jews, Muslims, and Christians had prominent roles in his court. 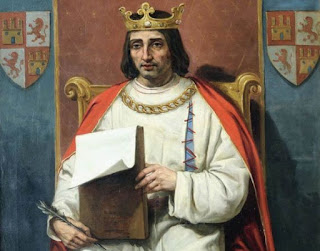