I drove to Canberra yesterday to spend a few days with father in law Noel, who is an avid Byter, still active, still driving and still studying and learning.  Did I mention that he is 92?  Onya Noel! 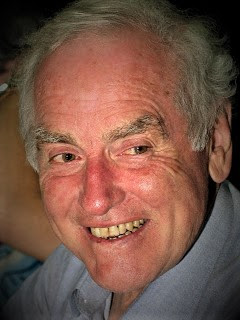 The drive to Canberra is along the Hume Highway and Federal Highway, roads which have roadside rest areas honouring. and named after, Australian VC winners.  For overseas readers, the Victoria Cross is the highest military bravery award for valour in the presence of the enemy. The rest areas are off the main road, have picnic tables and most have toilets.  This is the Mackey VC rest area where Kate and I often break our journey to have lunch or a coffee stop at one of the picnic tables. 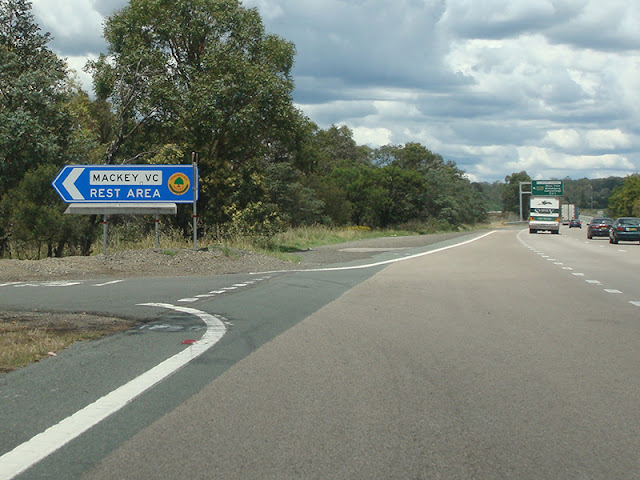 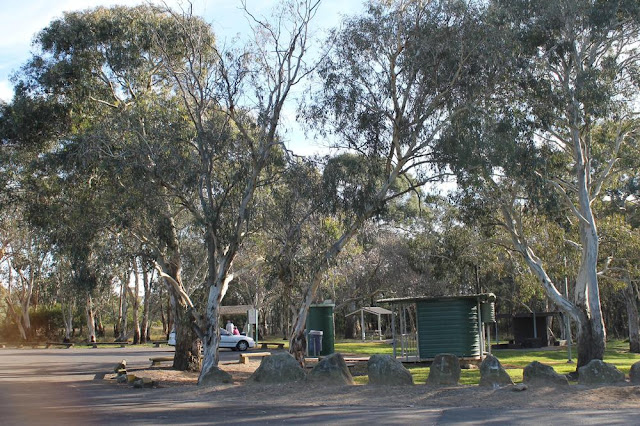 Yesterday I had occasion to use the toilets at the rest stop. It is an experience that one need not place on their bucket list.  You can tell from the above photographs that such rest stops are isolated without any services, plumbing, electricity or running water.  The toilets work on the principle of what is commonly called “the long drop”, aka as a pit toilet. For those people, especially younger readers, not familiar with this, it operates as follows: 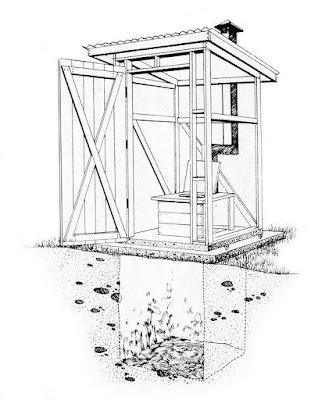 At Mackey VC rest area, the condition of the toilets is horrible, the smell is bad and, when the door is closed, the ammonia in the closed area brings tears to one’s eyes.

FUN FACT:
Did you know that the romans would let vats of urine stand for weeks to create ammonia.  This was then mixed with water and wood ash, which was used for washing clothes.

The Mackey VC toilet experience reminded me of a poem I came across not long ago which I share with you today, which is the point of today’s post.

Poor old Granddad’s passed away, cut off in his prime,
He never had a day off crook – gone before his time,
We found him in the dunny, collapsed there on the seat,
A startled look upon his face, his trousers around his feet,
The doctor said his heart was good – fit as any trout,
The Constable he had his say, ‘foul play’ was not ruled out.
There were theories at the inquest of snakebite without trace,
Of redbacks quietly creeping and death from outer space,
No-one had a clue at all – the judge was in some doubt,
When Dad was called to have his say as to how it came about,
‘I reckon I can clear it up,’ said Dad with trembling breath,
‘You see it’s quite a story – but it could explain his death.’
‘This here exploration mob had been looking at our soil,
And they reckoned that our farm was just the place to look for oil.
So they came and put a bore down and said they’d make some trials,
They drilled a hole as deep as hell, they said about three miles!
Well, they never found a trace of oil and off they went, post haste.
But I couldn’t see a hole like that go to flamin’ waste,
So I moved the dunny over it – a real smart move I thought –
I’d never have to dig again – I’d never be ‘caught short’.
The day I moved the dunny, it looked a proper sight,
But I didn’t dream poor Granddad would pass away that night,
Now I reckon what has happened – poor Granddad didn’t know,
The dunny was re-located when that night he had to go.
And you’ll probably be wondering how poor Granddad did his dash–
Well, he always used to hold his breath
Until he heard the splash!!

FUN FACT:
The Oz slang term “dunny”, meaning toilet, comes from the Scottish “dung” and “ken” (meaning house) to give “dunnekin”, an 'earth closet, (outside) privy'. Once the toilet moved inside, in Oz and NZ the “kin” was dropped and it stayed as “dunny”.

FUN FACT:
Pictures of outhouse frequently show a crescent moon shaped hole cut in the door. The hole was for light and ventilation.  One theory suggests that men’s outhouses had a star cutout, women’s outhouses had a crescent moon, this being for people who could not read.  In those days mean and women were often segregated, including sitting on opposite sides in churches.  Over time, men’s  toilets fell into such disrepair that only the women’s structures remained. 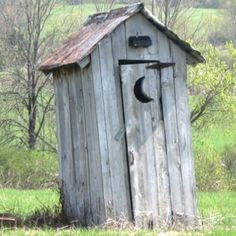 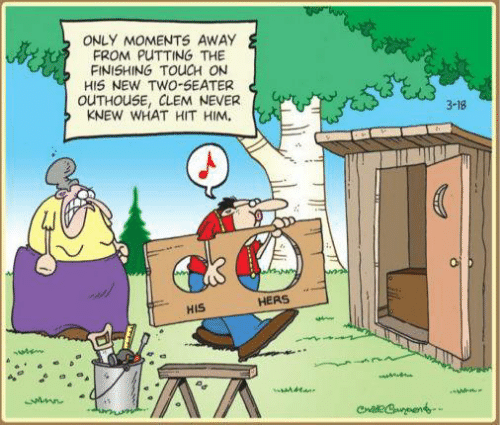