My wife, Kate, drew my attention to the following article about finger-painter Iris Scott. Now I know you think that finger-painting is child’s activity but I was struck by the vibrancy of her colours and the overall beauty of the works. Regular readers will know that I am not a fan of the photo-realist school of art whereby paintings and drawings are indecipherable from photographs. If that is the depiction, why not just take the photo? Iris Scott’s work conveys colour, mood and feeling along with the subject being depicted. 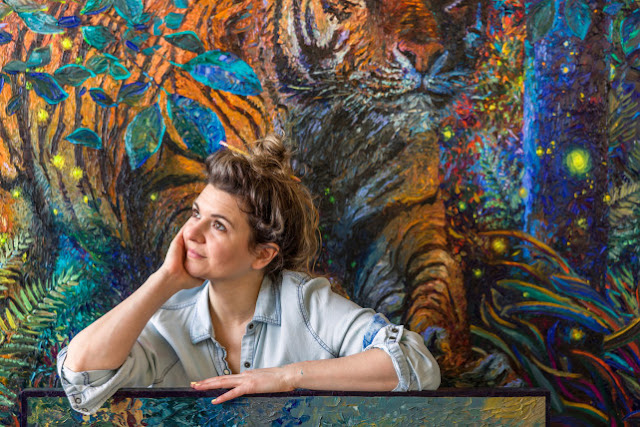 Iris Scott is a professional finger-painter. And her work is anything but child’s play.

“It’s taken me years just to get the fundamentals down,” the 34-year-old artist tells The Post of the incredibly detailed, expressive tableaux that she creates using nothing but her fingers.

She points to an 8-foot-wide oil painting depicting a winged goddess on a horse-headed boat sailing through the twilit ocean. “This took me a month.” 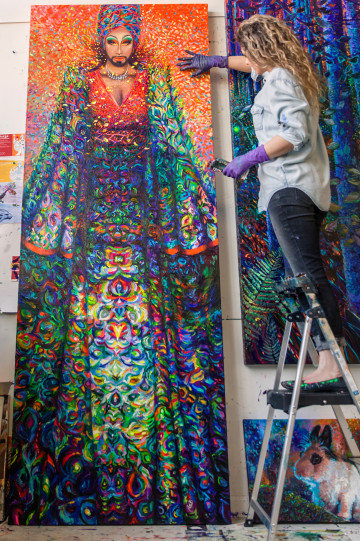 Scott puts paint to canvas on a large work in progress.

Her hard work is paying off. A decade after ditching brushes, Scott has her first solo gallery show, “Ritual in Pairing,” at the High Line Nine through June 6. “Ritual” includes some two dozen recent works: lush landscapes in swirling van Gogh colors, glittering Klimt-like portraits and some paint-splattered “wearable art,” as well as her astonishingly lifelike depictions of lions, birds and octopi.

“Animals are just so important, it makes me want to cry,” says Scott, who likes to binge-watch “Planet Earth” and other nature shows late at night in her live-work space in Bed-Stuy.

“What is missing in the New York art world is this wonder for the natural world,” she adds. “We need art that connects us to nature so we don’t burn it down.”

Scott, the daughter of a carpenter and a piano teacher who grew up in a “forest” outside of Seattle, started painting with brushes. After attending Washington State University, she moved to Taiwan — it was cheap — and churned out small still lifes and cityscapes she sold on the Internet for $50 each.

One day, while painting some flowers, she ran out of clean brushes. Feeling too lazy to clean them, she decided to finish off her painting with her fingers.

“I was like, ‘Oh that’s actually very effective!’ ” she says. 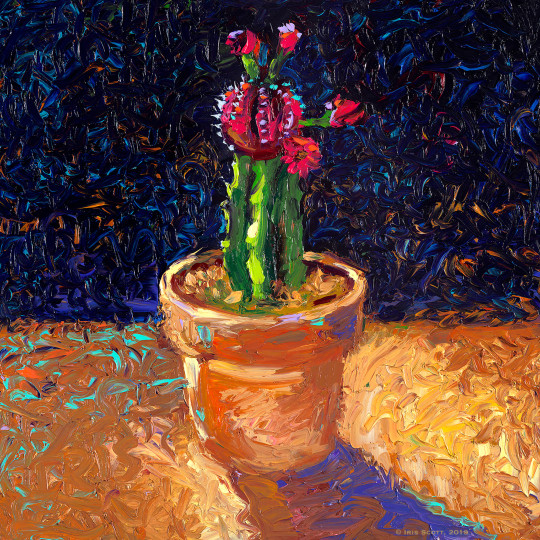 Ten years later, she’s still painting without brushes. These days, her paintings command as much as $45,000.

And while she concedes that finger painting can be seen as a gimmick, she believes it’s the best vehicle for her honest, visceral and perpetually awe-struck view of the world.

“I want art that kind of slaps me in the face and then gives me a hug,” she says. “That’s the feeling that I’m going for.” 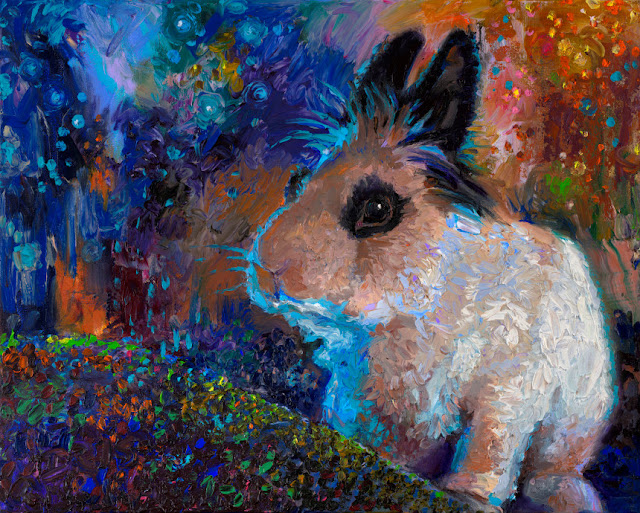 More of her work: 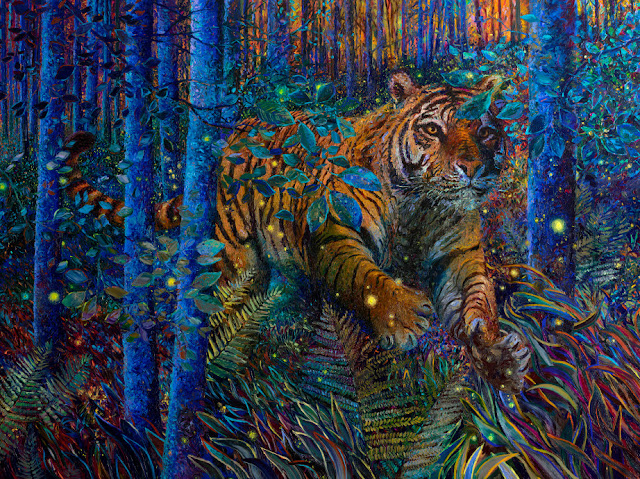 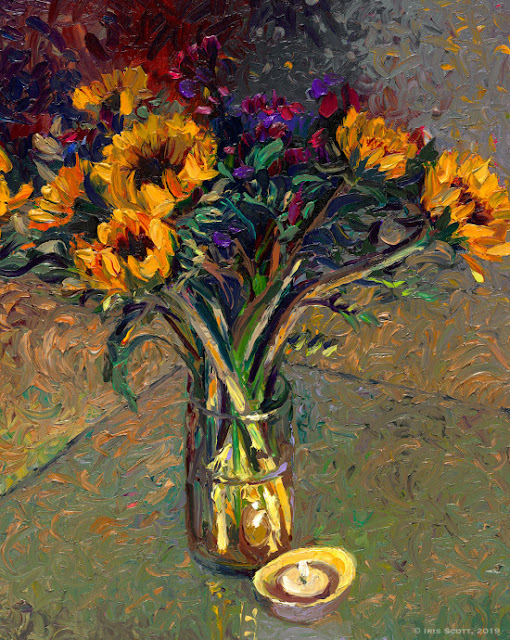 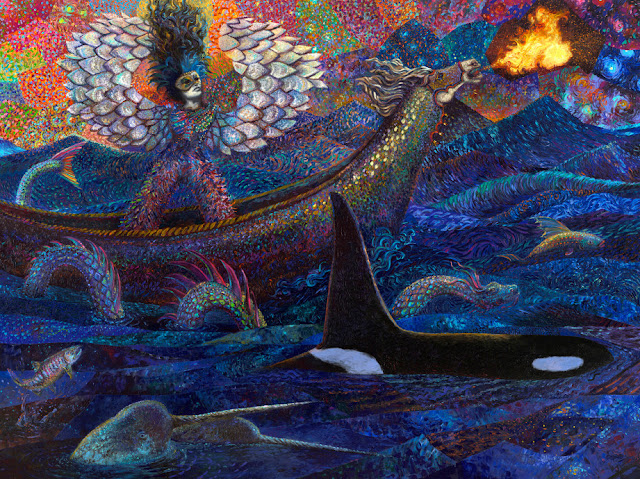 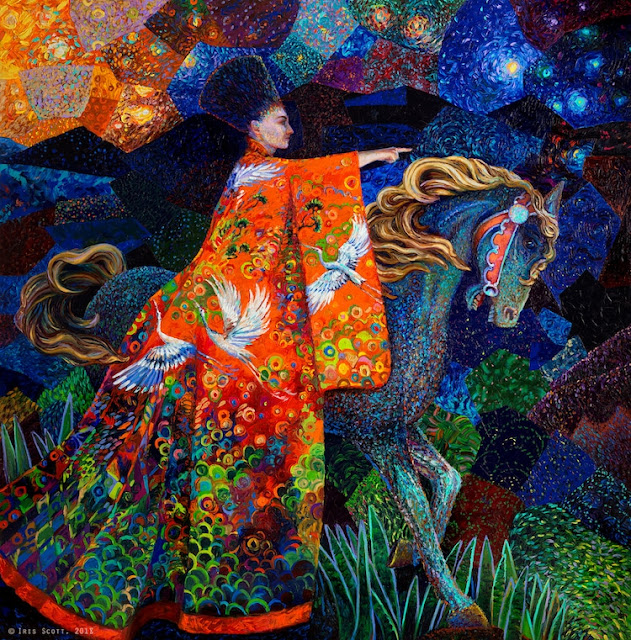 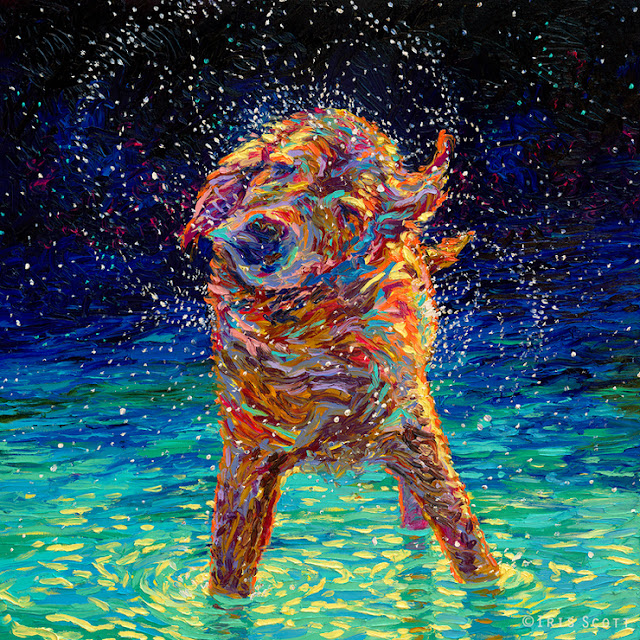 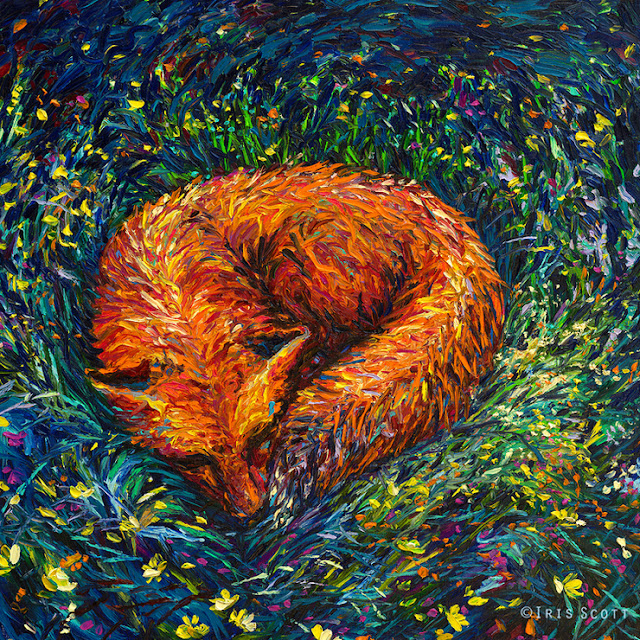 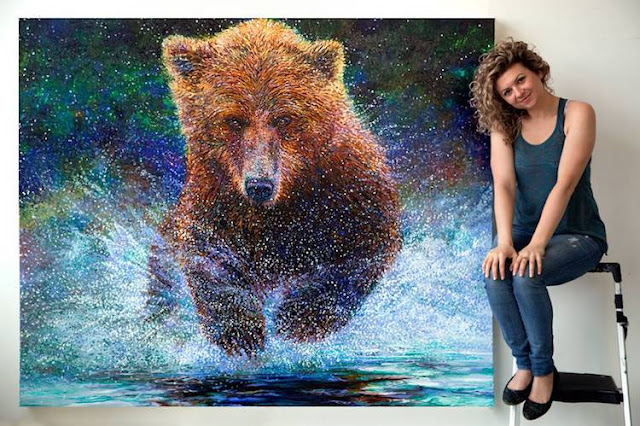 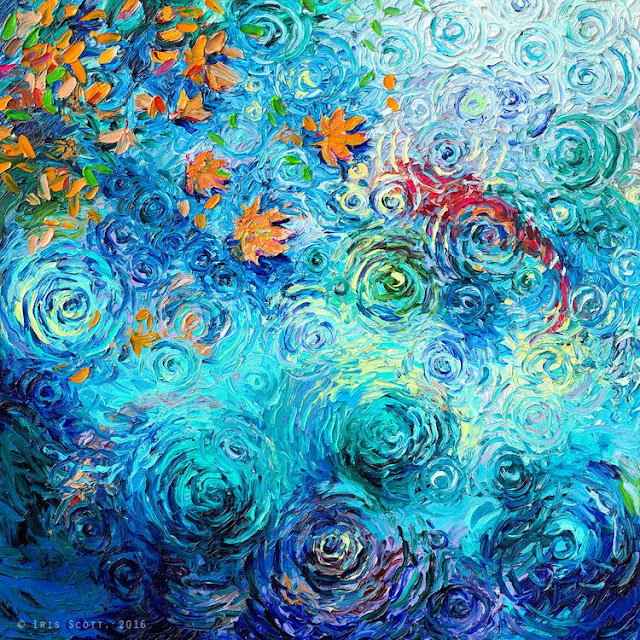 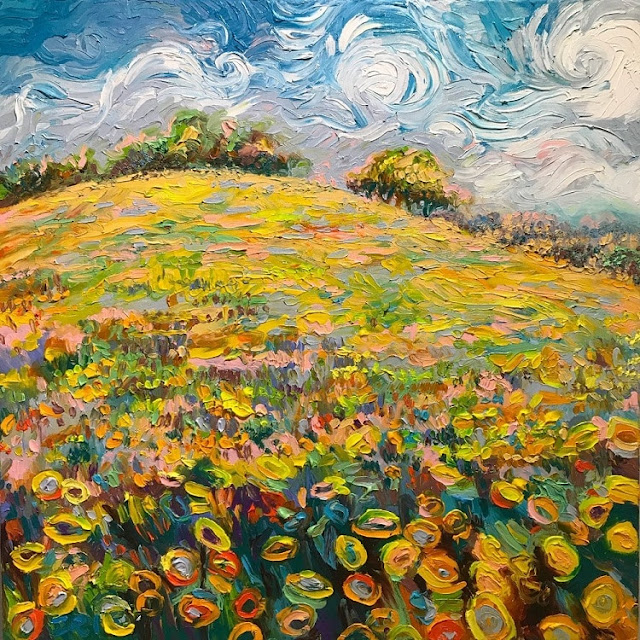 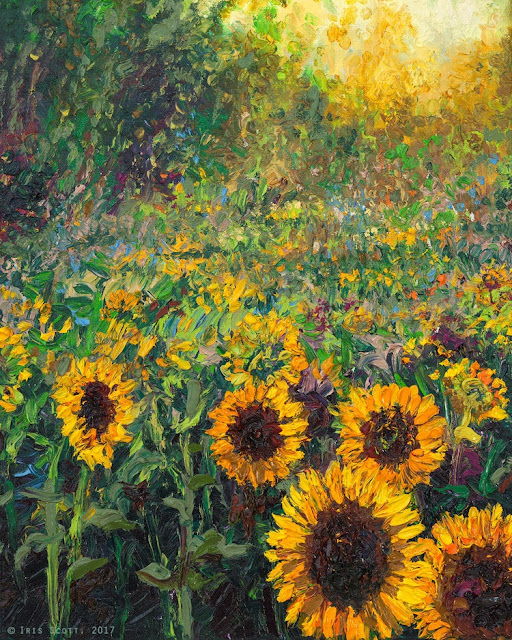 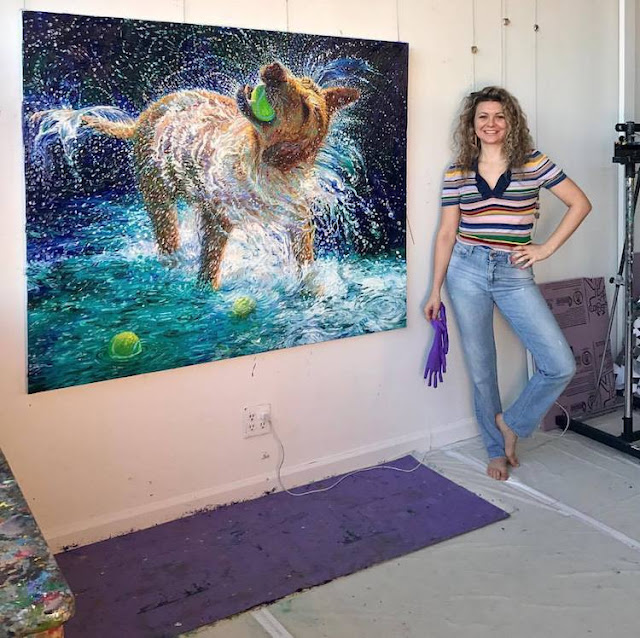 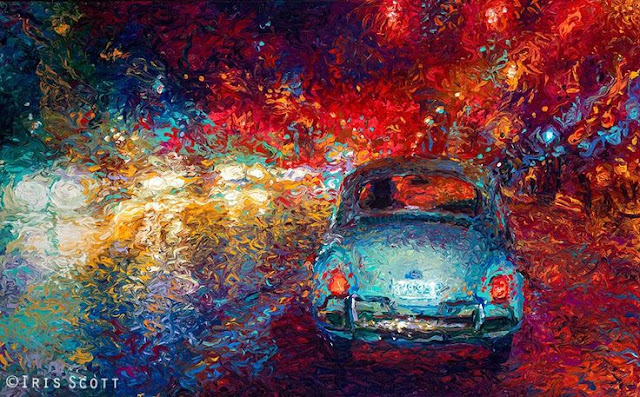 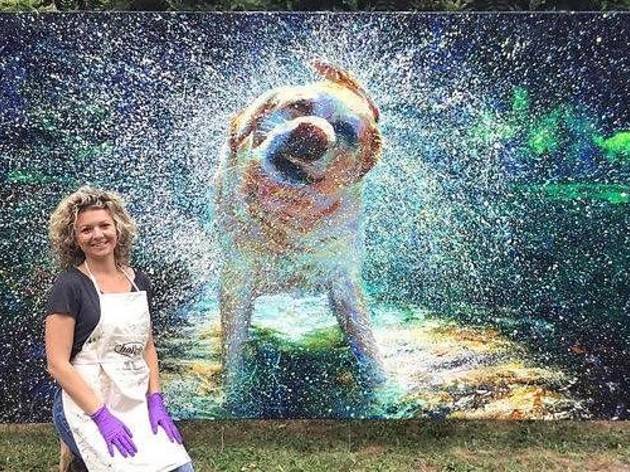 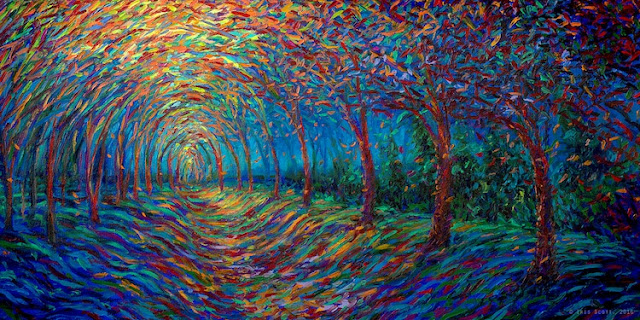 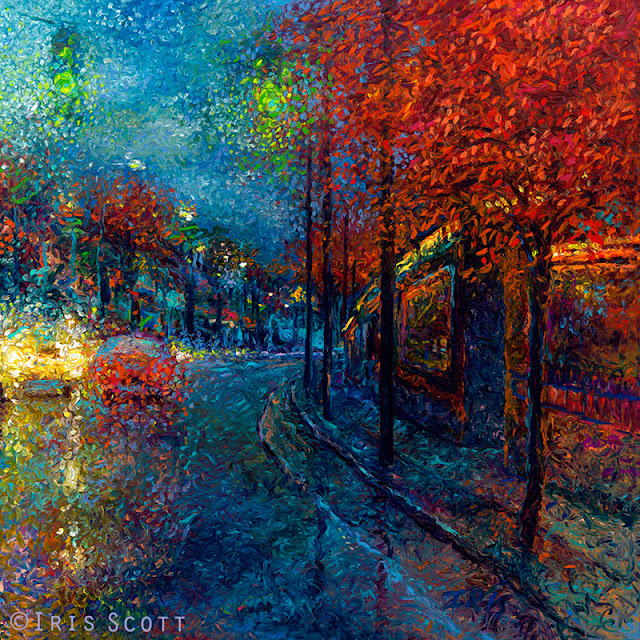 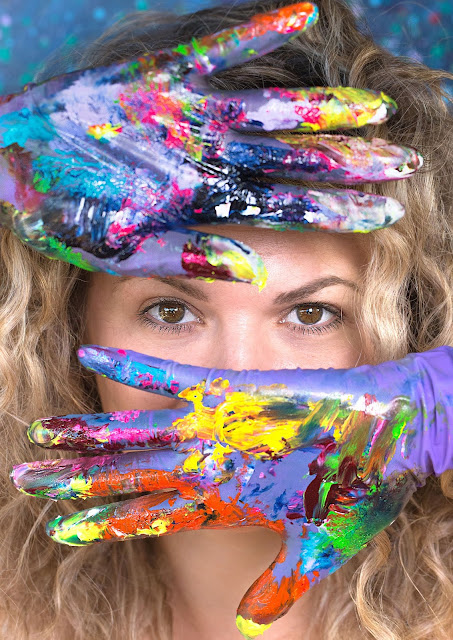 “There are too many things I’d like to paint, and not enough hours. The question is which one gets to be painted next.”

Posted by BytesMaster at 2:56 AM