Photographs of things found in the woods, well worth a look . . .

The collars of dogs that have gone to the big kennel in the sky. 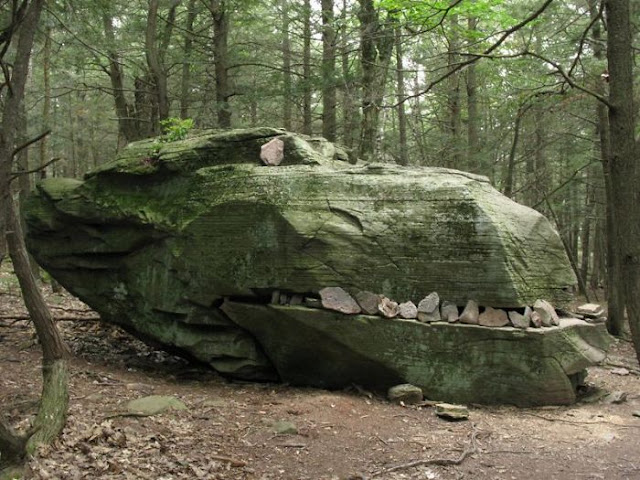 Someone has turned the rocks into a dinosaur head. 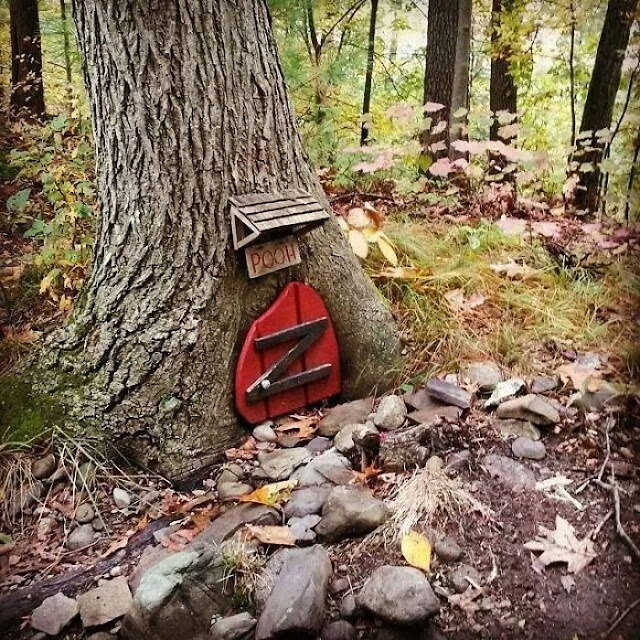 Between the 17th and the 19th centuries, a certain reproachful and voyeuristic trend emerged among wealthy British landowners. Not content with inanimate garden ornaments such as gnomes and bird baths, these people hired real, living and breathing persons, to live as hermits in make-believe hermitages erected on the lavish grounds of their estates. Most of them were required to make scheduled appearances on the grounds in appropriate clothing whenever the employer was entertaining guests. They were known as “garden hermits” or “ornamental hermits”. 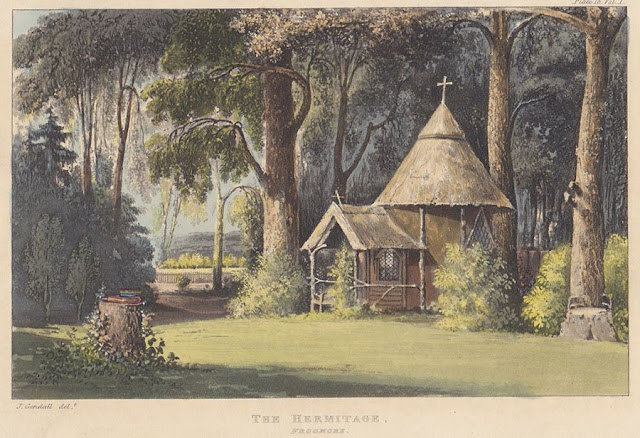 The Tessellated and Elaborately Detailed Ceilings of Iranian Mosques

Capturing the intricately tiled ceilings of centuries old mosques, Instagram photographer Mehrdad Rasoulifar gives his followers both a history lesson and aesthetic treat. The ceilings are not only covered in rich patterns, but architecturally structured to appear like complex tessellations or honeycombs. The mosques are built to include spiraling series of domes and indents, causing the viewer to get lost in their disorienting beauty. 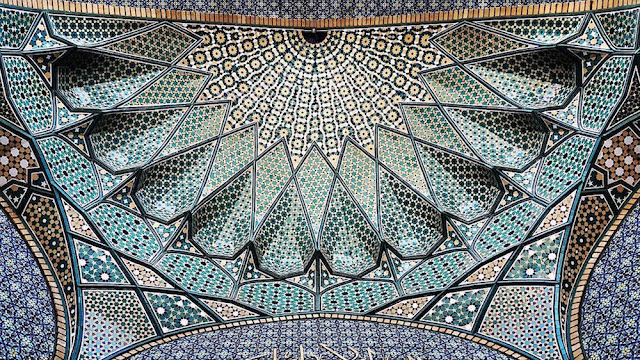 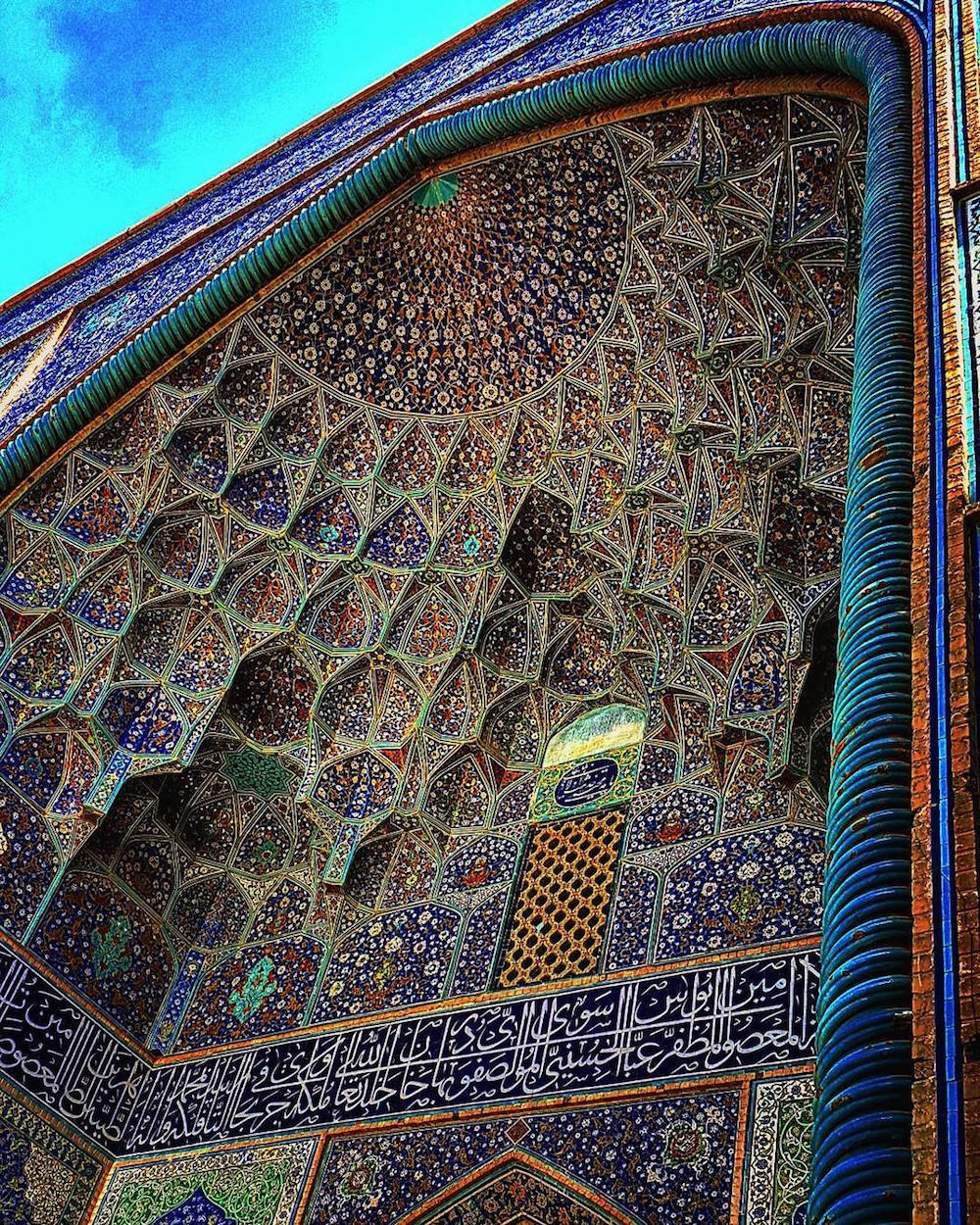 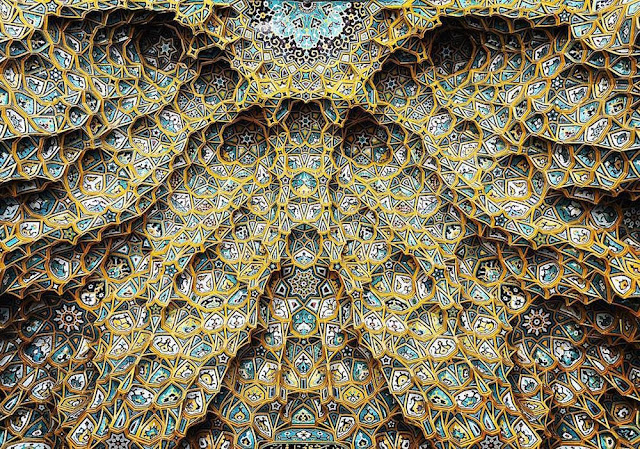 If you were to lose your wallet in public, you might expect to never see it again, particularly if it contained a wad of cash. But this may be an ungenerous assumption about human nature, according to an expansive new study that found people are more likely to try and return lost wallets with money than those without. In fact, the more money a wallet held, the more likely the subjects were to seek out its owner, according to a new study published in the journal Science.

Remember the botched restoration jobs I wrote about not long ago?  One of those restoration fails has been undone.

When a botched restoration attempt of a 500-year-old sculpture of St. George in northern Spain went viral last summer, commentators couldn't resist weighing in: The well-meaning paint job, many pointed out, made the wooden statue look more like Tintin than a legendary dragon slayer.

Thanks to a roughly $34,000 USD “unrestoration” project, the statue—housed at St. Michael’s Church in the northern Spanish province of Navarra—has resumed a semblance of its original, 16th-century appearance. As Palko Karasz reports for The New York Times, experts from the local government’s culture department stripped the sculpture of its showy paint layers, assessed damage inflicted by the use of materials and processes “completely incompatible with the restoration of works of art,” and largely restored the walnut wood saint to his pre-2018 state. 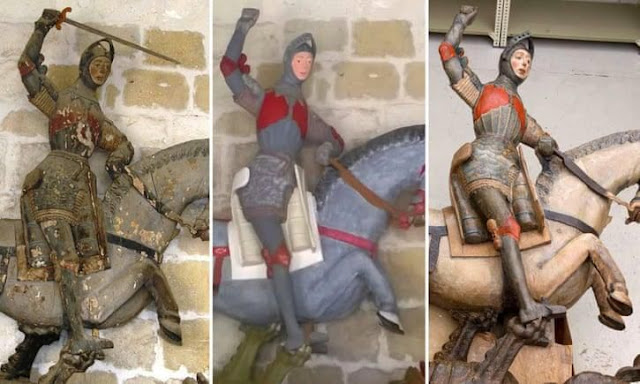 My own view is that I liked the first version, before any restoration.

Shopkeeper, María Luisa Menéndez, was given permission by her clergy in Rañadorio in northwestern Spain to paint some 15th century wooden statues in her local church.  She told a newspaper “I painted them the best I could, with the colors that seemed right, and the neighbors like it.” The work on the statues of Rañadorio looks more like “a vengeance than a restoration,” said Genaro Alonso, the regional minister for culture and education in Asturias, according to the newspaper La Voz de Asturias.  The Spanish art conservation association known as ACRE tweeted, “Does nobody care about this continued plunder in our country?” 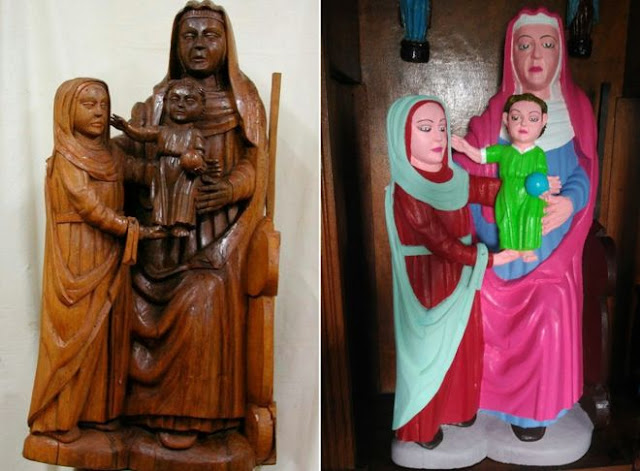 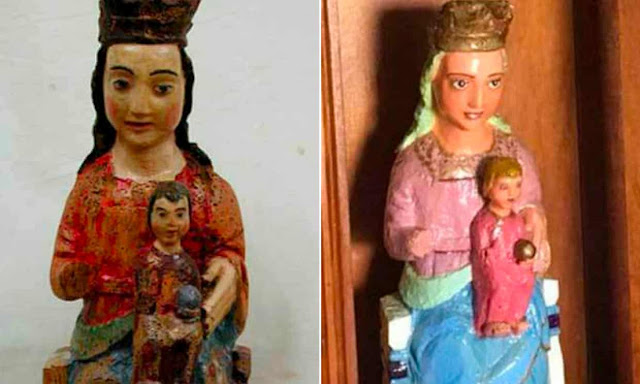