It’s another long weekend here in Oz, thanks to Her Maj and her birthday. Actually it’s not her birthday, she was born on 21 April 1926 but the birthday is celebrated on the second Monday in June to accord with better weather in the Northern Hemisphere. It is used to announce the Honours List, there also being a New Year’s Honours List approximately 6 months later.

I have previously posted facts about Her Maj and that can be viewed by clicking on:
http://bytesdaily.blogspot.com/2018/06/happy-birthday-your-majesty.html

The Queen was born at 2.40am on 21 April 1926 at 17 Bruton Street in Mayfair, London. She was the first child of The Duke and Duchess of York, who later became King George VI and Queen Elizabeth. At the time she stood third in line of succession to the throne after Edward, Prince of Wales (later King Edward VIII), and her father, The Duke of York. But it was not expected that her father would become King, or that she would become Queen. 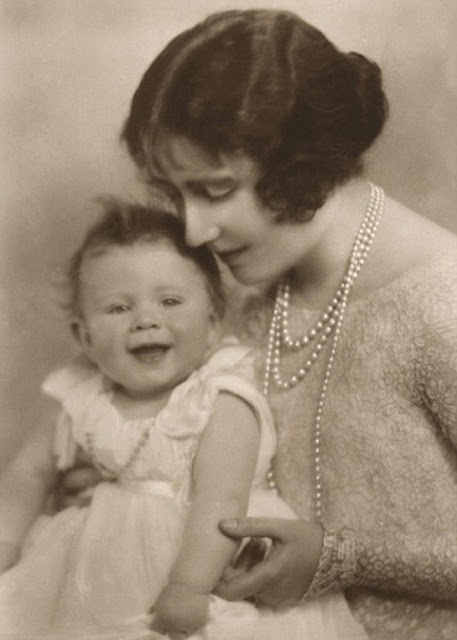 Elizabeth as a baby, with her mother 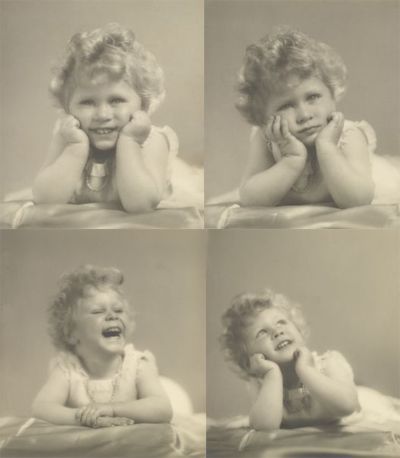 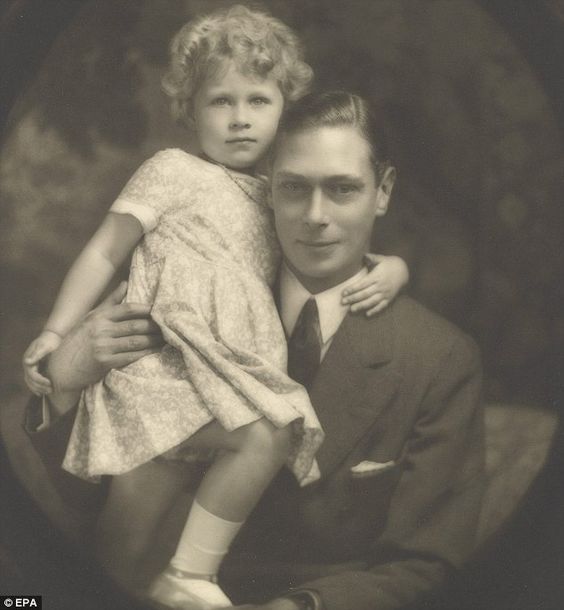 Elizabeth and her father George V1

Princess Elizabeth was educated at home with Princess Margaret, her younger sister. She received tuition from her father, as well as sessions with Henry Marten, the Vice-Provost of Eton. She was also instructed in religion by the Archbishop of Canterbury. Princess Elizabeth also learned French from a number of French and Belgian governesses, a skill which has stood The Queen in good stead stead when speaking to ambassadors and heads of state from French-speaking countries, and when visiting French-speaking areas of Canada.

In 1940, at the height of the Blitz, the young Princesses were moved for their safety to Windsor Castle, where they spent most of the war years. 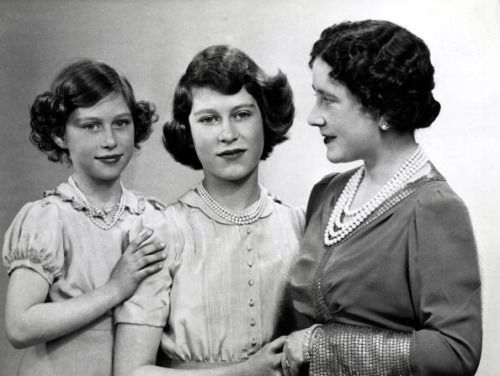 Elizabeth and Margaret with their mother, 1940

At age 18, known as Second Subaltern Elizabeth Windsor, she donned a pair of coveralls and trained in London as a mechanic and military truck driver. The Queen remains the only female member of the royal family to have entered the armed forces and is the only living head of state who served in World War II. 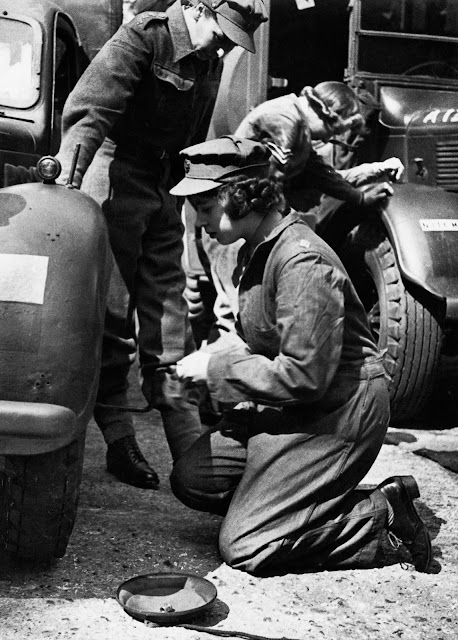 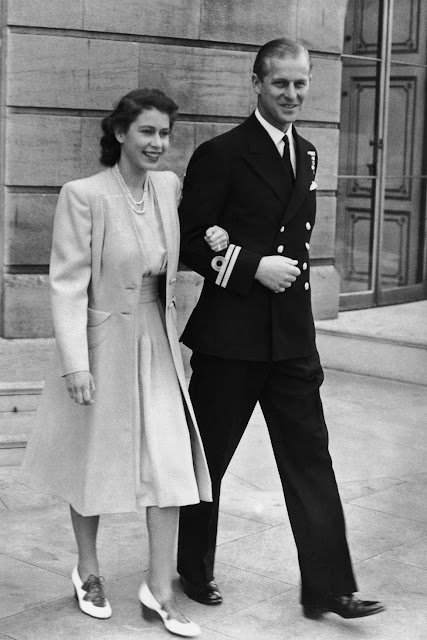 Princess Elizabeth and the Duke of Edinburgh are photographed for the first time since the announcement of their engagement in the summer of 1947.

Elizabeth’s father, George VI, was born into the House of Saxe-Coburg and Gotha, but during World War I the family name was changed to Windsor amid anti-German sentiment. Similarly, her husband Prince Philip dropped his father’s Germanic surname, Schleswig-Holstein-Sonderburg-Glücksburg, and adopted that of his maternal grandparents, Mountbatten, during their engagement. But when Elizabeth ascended the throne, her mother and Prime Minister Winston Churchill did everything in their power to prevent the Queen and her line from becoming the House of Mountbatten. They succeeded, but several years later Elizabeth proclaimed that some of her descendants would carry the name Mountbatten-Windsor—probably in an attempt to placate her fuming husband. He was created "Duke of Edinburgh" by King George VI on marriage.

The Queen and The Duke of Edinburgh were married in Westminster Abbey on the 20th November, 1947 at 11.30am with 2000 invited guests. Held during the postwar recovery years, their wedding was a relatively understated affair, at least compared to the lavish union of Prince Charles and Lady Diana Spencer in July 1981. With austerity measures still in effect, Elizabeth had to save up ration coupons to purchase the material for her wedding dress, an ivory satin gown designed by Norman Hartnell and encrusted with 10,000 white pearls.

The day after the wedding, Princess Elizabeth followed a Royal tradition started by her mother, of sending her wedding bouquet back to the Abbey to be laid on The Grave of the Unknown Warrior. 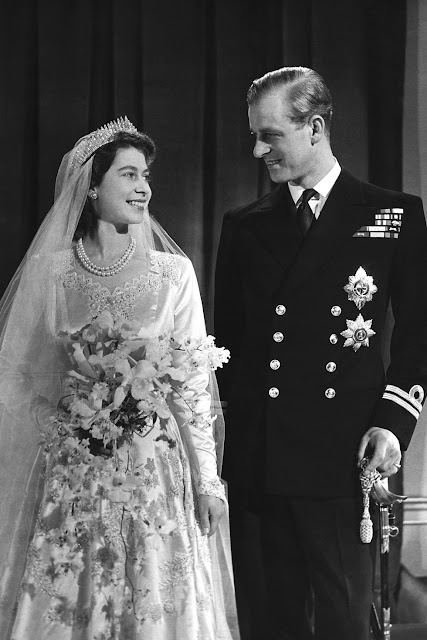 Although he was The Queen's husband, The Duke of Edinburgh was not crowned or anointed at the Coronation ceremony in 1953. He was the first subject to pay Homage to Her Majesty, and kiss the newly crowned Queen by stating "I, Philip, Duke of Edinburgh, do become your liege man of life and limb, and of earthly worship; and faith and truth I will bear unto you, to live and die, against all manner of folks. So help me God."

The Queen and The Duke of Edinburgh have four children: Prince Charles, The Prince of Wales (b. 1948), Princess Anne, The Princess Royal (b. 1950), Prince Andrew, The Duke of York (b. 1960), and Prince Edward, The Earl of Wessex (b. 1964). With the birth of Prince Andrew in 1960, the Queen became the first reigning Sovereign to give birth to a child since Queen Victoria, whose youngest child, Princess Beatrice, was born in 1857. 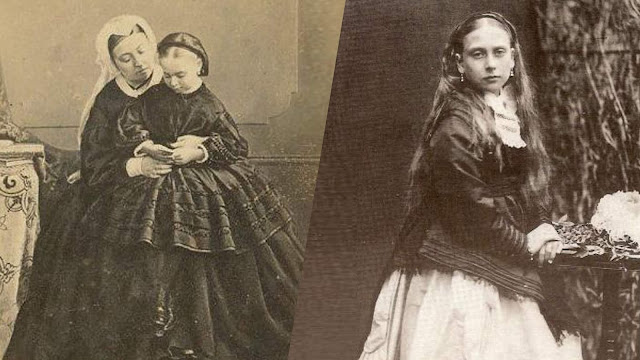 Queen Victoria with Princess Beatrice 1862, and on right 1868

The Queen has delivered a Christmas message every year except in 1969, when she decided the royals had been on TV enough after an unprecedented family documentary. Her greeting took the form of a written address. In her 1991 message, the Queen silenced rumours of abdication as she pledged to continue to serve. The Queen issued a writ against The Sun newspaper after it published the full text of her 1992 broadcast two days before transmission. She later accepted an apology and a £200,000 donation to charity.

The Queen's grandfather, King George V, delivered the first royal Christmas broadcast live on the radio from Sandringham in 1932. George V was at first unsure about using the relatively untried medium of the wireless, but eventually agreed. There was no Christmas broadcast in 1936 or 1938, and it was the outbreak of the Second World War in 1939 that firmly established the tradition.

The Queen is the only person in Britain who can drive without a licence or a registration number on her car. And she doesn't have a passport. 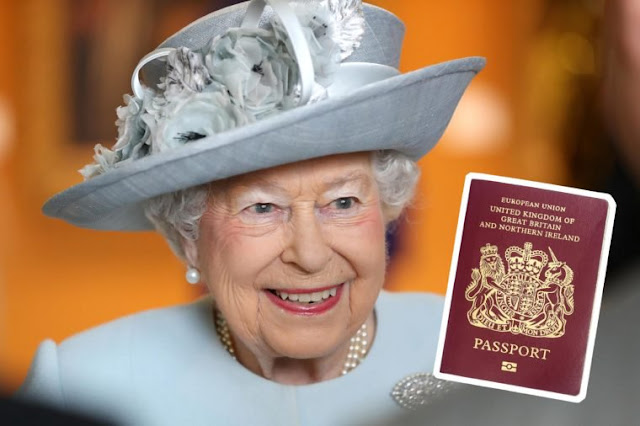 Because she issues the passports and the driver licences, she does not need to issue one to herself.

Queen Elizabeth II is the fortieth monarch since William the Conqueror

The Queen has a bank account at Coutts & Co. There is a Coutts cash-dispensing machine in Buckingham Palace

The Queen introduced a new breed of dog known as the "dorgi", when one of the corgis mated with a dachshund named Pipkin 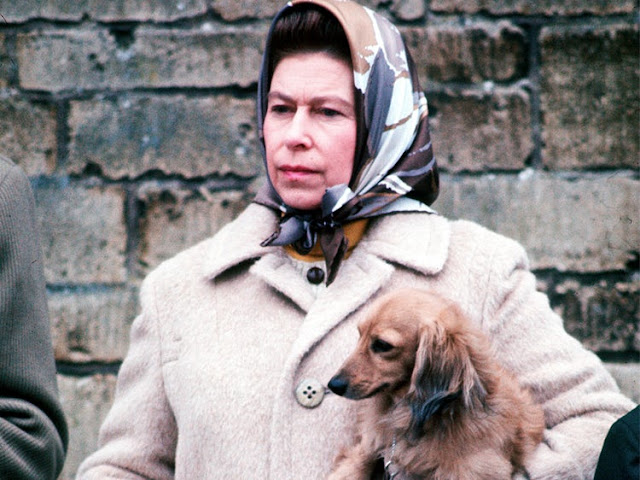 The Queen and dorgi

She demoted a footman for feeding her corgis whisky.  The footman was disgruntled at corgis nipping at his heels and thought it was funny to see them staggering after giving them whisky in their food whilst the Queen was away.  Unfortunately one died of alcohol posioning.  Footman Matthew King was demoted by the “furious” Queen, who reportedly told courtiers: “I don’t ever want to see him again.”

The Queen has nine Royal thrones - One at the House of Lords, two at Westminster Abbey, and six in the throne room at Buckingham Palace. 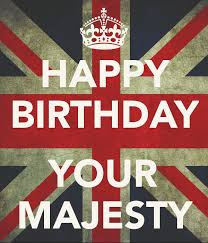