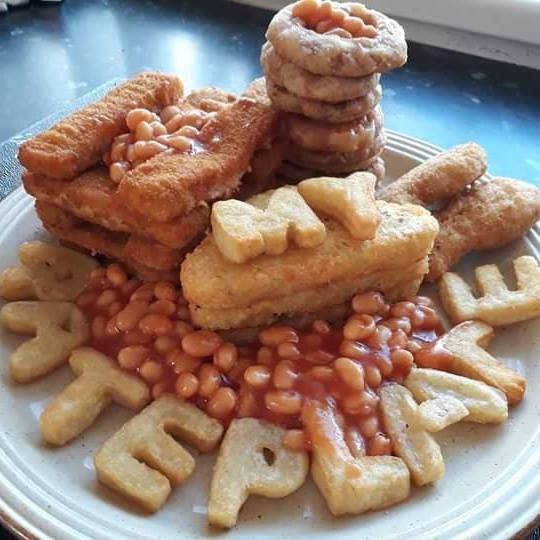 Rate My is an online community of members that like to share, via photographs and comments. whatever is on their dinner plate.  The group has over 500,000 members.

Below are selected pics and comments from the Facebook page at:
https://www.facebook.com/pg/RateMyPlateNow/posts/?ref=page_internal 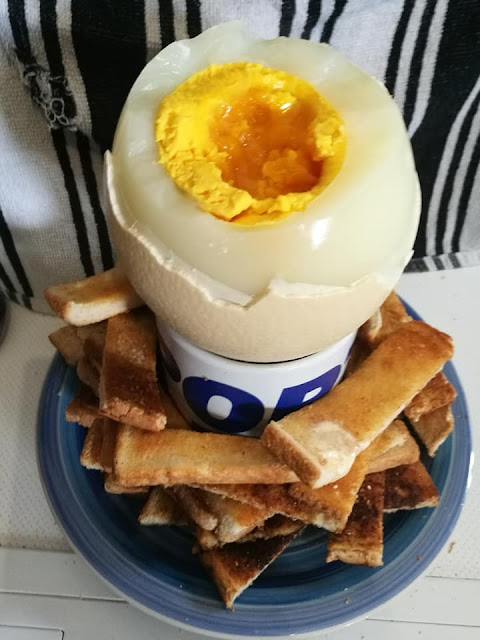 Is that breakfast for the whole family...

If that Sports Direct mug is the same as mine it holds approximately 5 gallon of coffee, yet its dwarfed by the egg 😱!.....my point is that somewhere there is an Ostrich that urgently needs stitches!!!!

How did you manage to overcook an egg the size of a beachball?!

I could build a bridge to New Zealand with the amount of toast you have there.

One, you need a new tea towel, two, that egg’s well over cooked and looks like a bouncy ball, three, your toast is way too cooked 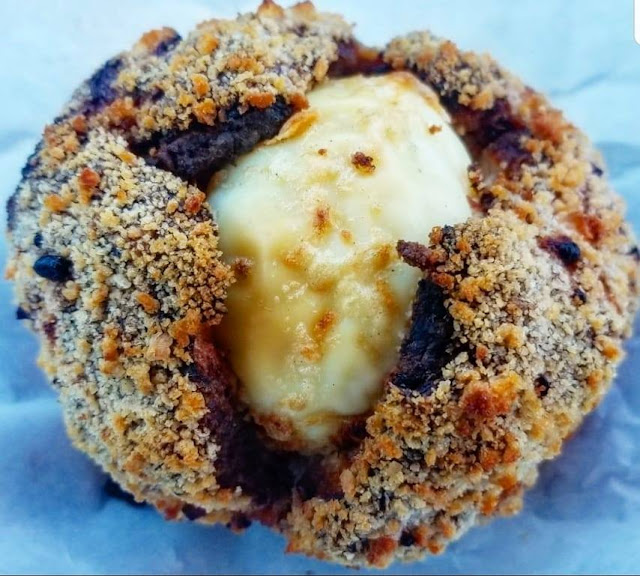 Very similar to the one I had a couple of hundred thousand years ago: 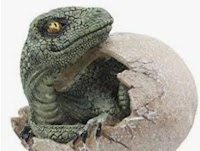 Before you eat it, best check there isn’t one of these behind you. She wouldn’t be happy. 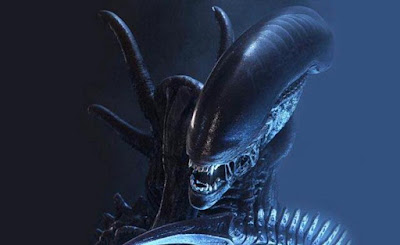 Humpty Dumpty sat on a wall,
Humpty Dumpty had a great fall.
Then along came Deepali
With his Scotch egg recipe
Of ingredients unknown
And poor Humpty was never the same again😂

That looks like the one that fell behind the cooker 10 years ago..😂

Looks like Scotch Egg 24 hours after it was eaten 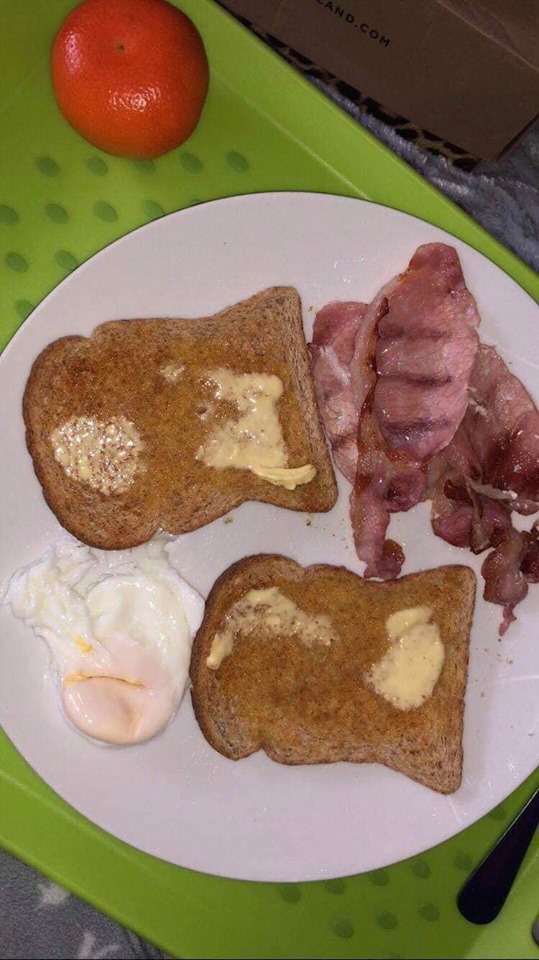 Full? As in where’s the rest of my breakfast?

That'll be lovely when the rest arrives.

You've led a very sad life if this is what you call a full English!

That is a breakfast full of nothing more than misery and tears.

Maybe 1 or 7 items missing but I see you had plenty of marg!!!

Where's the sosigs, black pudding, beans, tomatoes, mushrooms, hash browns and a proper fried slice.... What a great disappointment your FULL English is

That reminds me of the time I had severe depression

My Tea is making faces at me by Chris H: 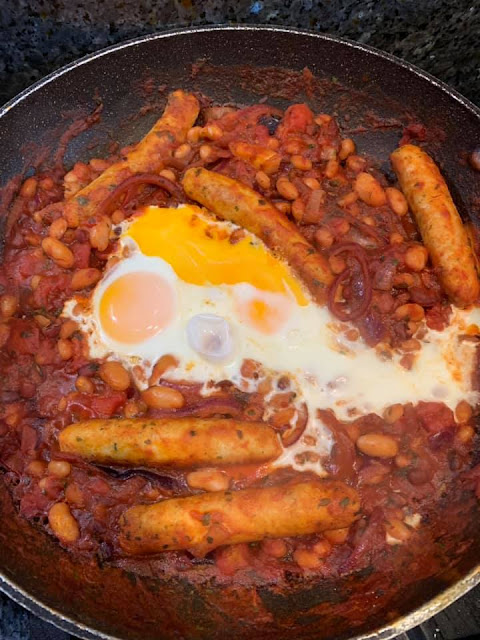 Such a culinary delight. I can see at least 3 or 4 different meal types in that one pan. Well done you sir

I read that as "my tea is made of faeces"

And we are all here sat making faces at your tea

If ever I saw a face praying for death, this is it. Reminds me of the closing scene of The Fly.

"Making faces?" It's practically screaming at you to put it out of it's misery.

These Sosigis were Delicious by Georgia F: 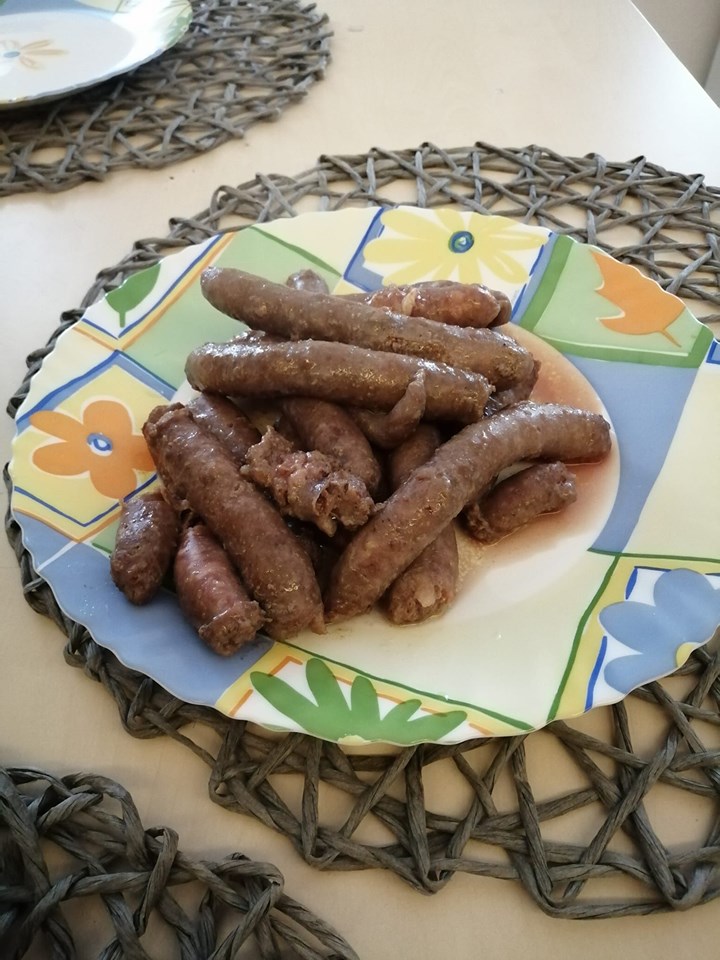 My thoughts and prayers are with your dog at this difficult time.194

Amazing how you make a simple task look so bad

My dog makes something similar, each morning. I tend to just bag them and bin them.

I find those in my garden.
Made by cats

They probably were delicious when you ate them... they look considerably less delicious now after passing through your digestive tract....

Homemade Curry with a couple of English Naans by Jordan T: 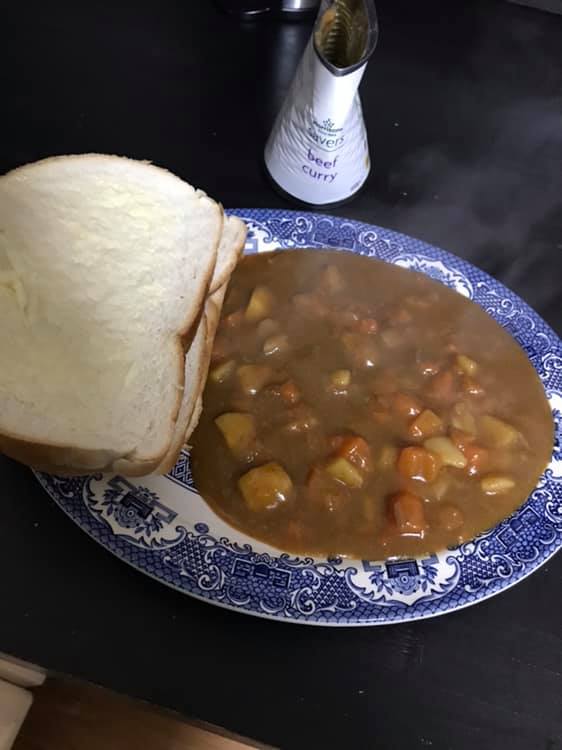 I’m so jealous of your amazing curry! Looks like my toilet this morning!

I gave that to my dog once and he threw it back up, it looked exactly the same as before.

The tin of Chum kinda gives it away plus the Aldi sliced bread...but good shout for throwing everyone a target. Hope the dog enjoyed it.....

Wow, what a lovely piece of disappointment were having. noice.

Curry and naan? Do you think we are ‘stew-pid’?